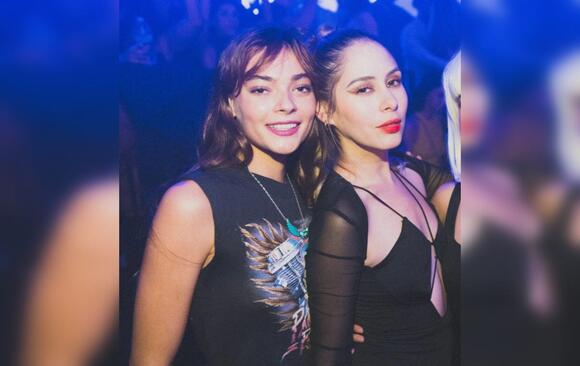 LOS ANGELES (KNX) — A 26-year-old interior designer who was left outside a Kaiser Permanente hospital in West Los Angeles two weeks ago, hours after her friend’s dead body was dumped at another facility nearby, has been declared brain dead.

Hilda Marcela Cabrales-Arzola had been in a coma for two weeks, according to family.

Coroners detected heroin in Cabrales-Arzola’s system after she was admitted to the hospital on Nov. 13. According to her deceased friend’s husband, the drug “is nothing that either of those girls would ever do, not voluntarily.” He and family members suspected foul play for the death of his wife, model Christy Giles, who was with Cabrales-Arzola the night before.

Giles’ body was dumped on a sidewalk outside a Culver City hospital the day after her 24th birthday. She and Cabrales-Arzola had reportedly been celebrating together the evening of Nov. 12.

According to law enforcement, the women connected with two men at a late-night party in the Hollywood Hills. Those men, later interviewed by police, said Cabrales-Arzola and Giles overdosed. It is not yet known if these men were the same that brought the women to hospitals.

Giles’ cell phone records indicated the women’s last known location in the early hours of Nov. 13 was at an apartment in Beverly Hills. Neighbors told The Sun that they heard the sound of someone “moaning in pain” coming from the apartment all day just prior to the women being discovered at hospitals.

The Sun reported the apartment was rented by David Pearce. It is unconfirmed if Pearce was among the men questioned by police in connection with the incident, but The Sun reported officers with the Los Angeles Police Department visited the property.

Giles’ records also showed she texted Cabrales-Arzola at around 5:30 a.m. on Nov. 13 to say, “Let’s get out of here,” accompanied with a wide-eyes emoji. Hilda replied, “Yes,” and said she had ordered an Uber — but messages between the women stopped after that.

Parents of both women have alleged their daughters were drugged against their will. Giles’ family claimed there was video of a vehicle without license plates, driven by men concealing their faces with black bandanas, which deposited the women at area hospitals.

Cabrales-Arzola would have turned 27 on Monday. Her family has announced that her organs will be donated to nine different people.

The incident remains under investigation.

Giles’ husband, Jan Cilliers, has set up a GoFundMe to raise money for an independent investigation into the matter, including a “private autopsy” and hiring private investigators.

Why did the guys in that house weren't arrested,Police should look into the security cameras in front of this house in Hollywood Hills

This is so crazy that something like this can happen to two human lives. We should be taking care of each other and trying to make the most of life in a hard time. Now there’s so many troubles for so many people for nothing. You cannot trust people and need to watch out for yourselves and the people you care about. Self defense is never something to be overlooked or taken lightly, be prepared.

the neighbors heard "moaning and crying pains coming from an apartment..." and DIDN'T call the police...??

The body of a man, approximately 60 years old, was found today on the right shoulder of the southbound Hollywood (101) Freeway near Echo Park, authorities said.
LOS ANGELES, CA・2 HOURS AGO
KNX 1070 News Radio

Man fatally stabbed while breaking up fight outside Koreatown 7-Eleven

A man was stabbed while trying to break up a fight Saturday morning near a 7-Eleven in Koreatown. Paramedics rushed him to a hospital, where he died from his injuries.
LOS ANGELES, CA・1 DAY AGO
KNX 1070 News Radio

Los Angeles firefighters pulled a body from the lake at MacArthur Park on Saturday morning. The victim was believed to have drowned, though no details regarding identity, age, or gender were immediately available.
LOS ANGELES, CA・1 DAY AGO

A 71-year-old man was killed Saturday in a hit-and-run, police said. The man, identified as Liem Bui, was bicycling when he was hit. He was found dead on Euclid Avenue.
ORANGE COUNTY, CA・4 HOURS AGO
KNX 1070 News Radio

A search was conducted Sunday for a missing diver near the Elly Oil platform off the coast of Huntington Beach. Long Beach firefighters went responded to a reported missing diver in the area before 10:30 a.m.
HUNTINGTON BEACH, CA・2 HOURS AGO
KNX 1070 News Radio

Authorities are investigating the death of a worker at the Port of Long Beach who was apparently killed by a vehicle. Port police officers were dispatched to the 300 block of Mediterranean Way at about 3:45 p.m. Saturday.
LONG BEACH, CA・4 HOURS AGO

For a second straight year, the streets around Martin Luther King Jr. Boulevard and Western Avenue in South Los Angeles – the starting point of the traditional Kingdom Day Parade – will be quiet on MLK Day.
LOS ANGELES, CA・8 HOURS AGO
KNX 1070 News Radio

Two brothers from the San Fernando Valley were arrested for their alleged involvement in a string of retail thefts throughout Southern California, the Ventura County Sheriff’s Department announced Wednesday.
LOS ANGELES, CA・3 DAYS AGO

Two lotto scratchers worth $5M each sold in L.A. County

One dead, another wounded in shooting near South L.A.

One man was killed and another man was wounded in a shooting in a commercial parking lot Tuesday night near South Los Angeles, according to the L.A. County Sheriff’s Department.
LOS ANGELES, CA・4 DAYS AGO
KNX 1070 News Radio

Four people have been detained in connection with the fatal shooting of an off-duty Los Angeles Police Department officer during an alleged armed robbery attempt in South L.A. on Monday.
LOS ANGELES, CA・4 DAYS AGO
KNX 1070 News Radio

Rancho Cucamonga Police arrested two childcare workers Friday, accusing them of trying to conceal the injuries of an 8-month-old who was in their care at the city’s “Kiddie Academy” last September.
RANCHO CUCAMONGA, CA・2 DAYS AGO
KNX 1070 News Radio

Jonathan Madden, 39, was arrested Monday and held on $2 million bail in connection with the fatal shooting of Alejandro Garcia at a South L.A. Taco Bell location over the weekend.
LOS ANGELES, CA・4 DAYS AGO
KNX 1070 News Radio

Collision with tanker truck in Canoga Park spills thousands of gallons of gas, leaves one dead

A tanker truck burst into flames and spilled an estimated 1,000 gallons of fuel after colliding with a vehicle, leaving one person dead, and careening into a fountain in Canoga Park.
LOS ANGELES, CA・2 DAYS AGO
KNX 1070 News Radio

Raymond Sean Clark, now 47, is facing 25 years to life in state prison in connection with an attack on 63-year-old Jerry Payne who was sitting in a car outside a Long beach convenience store in 2013.
LONG BEACH, CA・2 DAYS AGO