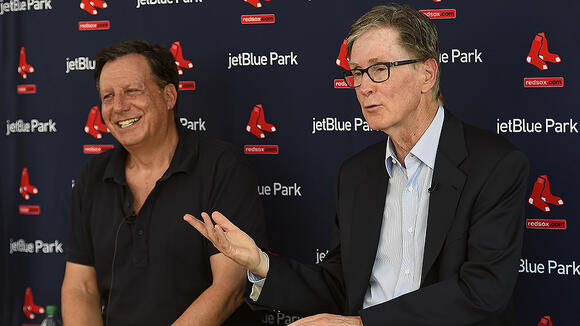 BOSTON (CBS) — Hockey is now a part of Fenway Sports Group’s ever-growing portfolio. Fenway Sports Group announced Monday that the company has entered into an agreement to acquire controlling interest in the Pittsburgh Penguins hockey team.

The deal is still subject to approval by the NHL Board of Governors, but it is expected to close before the end of the year.

While the Penguins will soon be owned by the same group that owns the Boston Red Sox, much of the Pittsburgh brass will remain the same under Fenway Sports Group. Mario Lemieux and Ron Burkle will remain part of the ownership group, it was announced Monday, and will be closely aligned with FSG. Lemieux will remain in his role leading hockey operations for the organization, while the club’s senior management team will also remain intact with CEO David Morehouse, COO Kevin Acklin, President of Hockey Operations Brian Burke, General Manager Ron Hextall, and Head Coach Mike Sullivan.

“The Pittsburgh Penguins are a premier National Hockey League franchise with a very strong organization, a terrific history and a vibrant, passionate fan base. We will work diligently to continue building on the remarkable Penguins’ tradition of championships and exciting play,” FSG Chairman Tom Werner said in Monday’s release. “We are particularly excited to welcome Mario Lemieux and Ron Burkle to FSG and have the utmost respect for all they have done to build the Penguins into the perennially successful franchise we know today. We look forward to working with Mario, Ron and the entire Penguins front office team.”

Lemieux and Burkle initially purchased the team in 1999, leading the Pens to three Stanley Cup titles over their 22 years in charge. Now FSG will lead the charge, adding the Penguins to its vast sports portfolio that includes the Red Sox, Liverpool Football Club and NASCAR’s RFK Racing.

When the Pittsburgh Penguins acquired Jason Zucker from the Minnesota Wild, expectations were high. Zucker was just coming off of a 42-point season. At the time of being traded, he had 29 points in 45 games. With the Penguins, however, Zucker had struggled immensely. Now, Zucker needs to prove to the organization that he was worth his enormous price tag.
NHL・58 MINUTES AGO
Sportsnaut

When Boston hosts the Carolina Hurricanes on Tuesday night, the Bruins will retire the No. 22 of Hall of Fame
NHL・33 MINUTES AGO