This Is Steven Spielberg’s Worst Movie 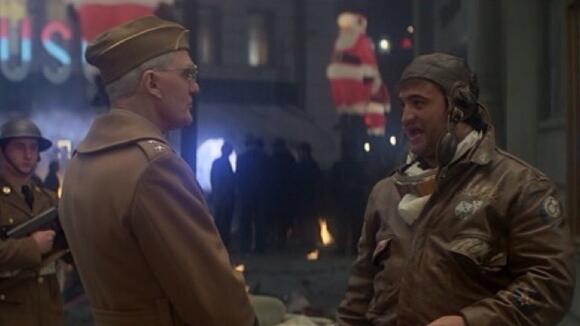 Steven Spielberg, one of the greatest directors, producers and writers in film history, has been involved in movies that have been nominated for 133 Oscars and won 34. He has had a career that has spanned over five decades. His first feature film, "Duel," was released in 1971. His most recent, "The Fabelmans," is set to release this year. His breakout film was "Jaws," released early in his career, as it reached theaters in 1975. Several of his films are on the American Film Institute's top 100 movies of all time list, led by "Schindler’s List" (1993).

To determine Steven Spielberg’s worst movie, 24/7 Tempo reviewed data on the number of audience ratings and popularity of his films from Rotten Tomatoes , an online movie and TV review aggregator, and the Internet Movie Database , an online movie database owned by Amazon. Movies with at least 5,000 audience votes on either IMDb or Rotten Tomatoes were ranked using a composite score based on the latter’s audience score and the former’s average user ratings.

As successful as his career has been, not all of Spielberg’s films are the stuff of immortality. The “Jurassic Park” sequel “The Lost World: Jurassic Park” managed a Rotten Tomatoes Freshness score of just 53%. The comedy “1941” registered a score of just 42% among Rotten Tomatoes critics, despite featuring “Saturday Night Live” stars John Belushi and Dan Aykroyd. But those missteps have been few, and his place in motion picture history as among the greatest of film directors is assured.

Spielberg has been philosophical about his career . He once said, "Whether in success or in failure, I’m proud of every single movie I’ve directed.”

Steven Spielberg's worst movie is “1941.” Here are the details:

Released in 1979, this is a screwball comedy about Californians in a panic over what they fear is an imminent invasion by Japan following the attack on Pearl Harbor.

Daniel Craig only agreed to play James Bond after Steven Spielberg told him: ‘It’s a winner’

DANIEL Craig only agreed to play James Bond after Steven Spielberg told him: “It’s a winner.”. He asked the director to vet the script for the 2006 film Casino Royale as he worried about taking the role. The long-serving 007 saw Spielberg, 75, on holiday and could not...
CELEBRITIES・10 DAYS AGO
CinemaBlend

Steven Spielberg’s Daughter Confirms He Caught His Best Moment On Film Yet: Her Engagement

Steven Spielberg has been part of crafting the frames for some of the most iconic films of all time, between Jaws, Raiders of the Lost Ark, Jurassic Park and so many more. Following the filmmaker making his first and critically-acclaimed musical with West Side Story, there’s more good news in the Spielberg household. One of his seven kids, Sasha Spielberg, just got engaged, and the director captured the big moment himself.
CELEBRITIES・14 DAYS AGO
IndieWire

Steven Spielberg has spent a lot of time thinking about Leonard Bernstein in recent years, having just directed a remake of the composer’s iconic musical, “West Side Story.” Before that, Spielberg was prepping a Leonard Bernstein biopic, “Maestro,” as a directing vehicle for himself. He eventually handed the project to Bradley Cooper, who is helming the film for Netflix as his follow up to “A Star is Born.” In an appearance on “The Late Show with Stephen Colbert,” Cooper recalled the daunting task of being hired by Steven Spielberg to direct a film. Spielberg originally reached out to Cooper about playing...
MOVIES・6 DAYS AGO
Deadline

Ariana DeBose On Her SAG Nom For Steven Spielberg’s ‘West Side Story’: “This Nomination Is Not Just For My Work, But For Who I am”

Rita Moreno is the first Latinx actress to win an Oscar. It was her performance in Jerome Robbins and Robert Wise 1961 film of West Side Story as Anita that garnered her the win. Since Moreno’s historic win, there has only been nine Latina actresses nominated for an Academy Award, and Ariana DeBose may just be the tenth–and a shoe in to win.  DeBose was nominated for a SAG award for Outstanding Performance by a supporting actress, and she manifested this moment. “It’s not that you don’t believe something different could happen for you, but you put it out in the...
CELEBRITIES・9 DAYS AGO

(JTA) — Golden Globes fans may have noticed something different this year: The annual entertainment awards were not announced on TV, and not for COVID-19 reasons. NBC dropped the broadcast over the Hollywood Foreign Press Association’s diversity problem — none of the 87 members of the Globes’ awards body are Black.
CELEBRITIES・10 DAYS AGO
KSDK

ST. LOUIS — By the time I finished Simon Kinberg's "The 355," I found myself wondering about salaries and demand instead of the quality of the film. That was determined very early on in the two-hour-plus running time. If you're wondering why Jessica Chastain, Lupita Nyong'o, Penelope Cruz, and...
MOVIES・14 DAYS AGO
Inside the Magic

It might not seem like that many when compared to multi-movie franchises such as Star Wars, Jurassic Park, Harry Potter, and the Marvel Cinematic Universe, but the fact that we now have four Ghostbusters movies in existence is a pretty big deal. And who knows what the future of the franchise looks like. More movies perhaps? Maybe even a live-action TV series!
MOVIES・6 DAYS AGO
shortlist.com

Hollywood is no stranger to a remake but in recent times it has started to become obsessed with re-inventing the old. That’s not necessarily a bad thing. A new take on a well-worn tale can sometimes elevate the story and bring it to a new audience. The likes of The Coen Brothers’ True Grit is a masterpiece that compliments the original. As is John Carpenter’s The Thing and there aren’t many people in the world that prefer the original Ocean’s 11 to Steven Soderbergh’s pristine heist caper.
MOVIES・7 DAYS AGO

Get to know Steven Spielberg’s daughter Sasha, who just got engaged

Sasha Spielberg is leaving her famous last name behind. The 31-year-old daughter of iconic Hollywood director Steven Spielberg recently announced her engagement to restauraunt heir Harry McNally after one year of dating. To reveal the big news, she uploaded a series of photos on Instagram showing off her stunning engagement...
MUSIC・9 DAYS AGO
MovieMaker

Matt Reeves’ The Batman was inspired by these ’70s thrillers; Steven Spielberg salutes Buster Keaton at the Academy; We salute Jonah Hill’s decision to watch buzzy shows after their cultural moment has passed; We recommend the brutal Yellowjackets and two thrillers with second act pivots. All in today’s Movie News Rundown.
MOVIES・1 DAY AGO
101.9 KING FM

The Worst Superhero Movies Ever Made

I have no idea how Tom Noonan’s 1994 independent film “What Happened Was . . .” ended up in my queue. I could have sworn that it was a recent spotlight in the magazine’s Goings On About Town section, one of Richard Brody’s dispatches from the land of the overlooked and forgotten, but no such blurb exists. No matter. Somehow I found it, and of all the films I’ve watched during the second pandemic year, as “Is this really happening?” has transformed into “I guess this is normal now,” this one has stuck with me the most.
MOVIES・9 DAYS AGO

‘West Side Story’: Read The Screenplay For Steven Spielberg And Tony Kushner’s Take On Iconic Musical

Editors note: Deadline’s Read the Screenplay series debuts and celebrates the scripts of films that will be factors in this year’s movie awards race. “I believe that great stories should be told over and over again, in part to reflect different perspectives and moments in time into the work,” Steven Spielberg says of his motivations to craft a new take on the beloved classic musical West Side Story that was both reverent to the original 1957 Broadway production and the subsequent Oscar-winning 1961 film and filled with fresh, relevant inspiration. “It’s very intimidating to take a masterpiece and make it through different eyes and...
MOVIES・3 DAYS AGO
TheWrap

Spielberg was originally set to direct the film, but Cooper changed his mind with a screening of ”A Star Is Born“. Bradley Cooper is gearing up to direct his second film, “Maestro,” about legendary composer Leonard Bernstein, but first he had to convince Steven Spielberg to hand the project over to him.
MOVIES・8 DAYS AGO
Tiger Newspaper

The new and improved West Side Story clears up all the ambiguities and disappointments from the original film. As the phrase goes: all is fair in true love and war. West Side Story is content with oscillating between these two modes, from characters wistfully singing about the future to clobbering racial attitudes with a blunt club. Updated from the 1957 Broadway musical of the same name, Stephen Spielberg’s West Side Story sparkles by updating a tired source material with more nuance and depth, but less snapping.
MOVIES・11 DAYS AGO
IGN

Acclaimed filmmaker Steven Soderbergh has shared his thoughts on the future of movie theaters and how cinema habits could continue to live on in the age of streaming – saying that while there's "still an appeal", but the industry's future lies in convincing young audiences to keep attending as they grow older.
MOVIES・10 DAYS AGO