Drug gang behind attack that killed feminist in northern Mexico 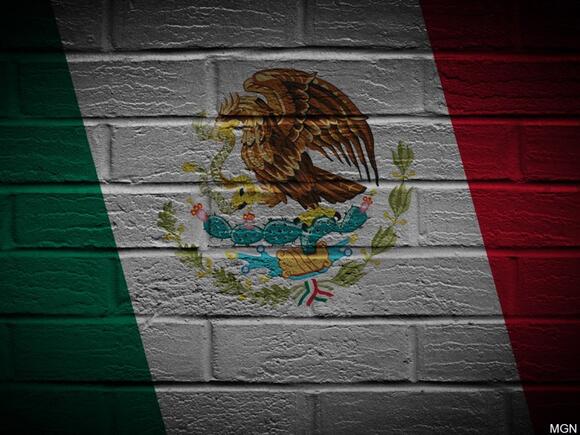 MEXICO CITY (AP) — Authorities in northern Mexico said Sunday that a drug gang was behind the shooting attack on a city hall that killed a feminist activist and a bodyguard.

One attacker also died in the Thursday shooting outside the city hall in Guaymas, in the northern border state of Sonora. He was killed when police returned fire.

State prosecutor Claudia Contreras also said at least one hand grenade was used in the attack, but that it appeared to have hit a car.

The intended target may have been the Guaymas police chief, based on threats he had received, Contreras said.

But those that died were one of the chief’s bodyguards and Lucero Marisol, a participant in a rally at city hall marking the International Day for the Elimination of Violence Against Women.

Marches and demonstrations were held around the world on Thursday to mark the day, but it appears the women in Guaymas were hit simply because they were meeting with the city’s mayor and police chief.

“The attack was not directed at the feminist demonstration,” Contreras said.

She said the attacker has since been posthumously identified as a 49-year-old window cleaner.

“The gunman … was recruited by a criminal group because he had addiction problems,” Contreras said.

Two people — an employee of the city press office and another bodyguard — were also wounded in the attack.

The shooting occurred one day after state authorities said they found 14 clandestine graves near Miguel Aleman, a town north of Guaymas.

State prosecutors say the burial pits contained bones, some burned, and decomposing bodies, but said they cannot yet determine the number of victims.

Sonora has been the scene of drug gang turf battles thought to involve factions of the Sinaloa Cartel, allies of the Jalisco cartel and a gang allied with fugitive drug lord Rafael Caro Quintero.

Assailants left 10 beaten, murdered bodies in front of the governor’s office in the north-central Mexican state of Zacatecas on Thursday.
PUBLIC SAFETY・18 DAYS AGO
KTSM

Women’s rights and LGBT activists took to the streets of Juarez on Thursday, demanding answers in the murder and dismemberment of a lesbian couple last Sunday.
PUBLIC SAFETY・4 DAYS AGO
Border Report

Well-known photojournalist in Tijuana gunned down outside his home

Independent photojournalist Margarito Martínez was assassinated this morning outside his Tijuana home. His body was found in the driver's seat of his car.
PUBLIC SAFETY・7 DAYS AGO
The Independent

Two Canadians were shot dead and another was wounded at a hotel in Playa del Carmen, Mexico, on Friday.Quintana Roo state security chief Lucio Hernández said in a tweet that the violence erupted after an “argument between hotel guests”.Citing Canadian authorities, he added that the gunman as well as the two victims involved in the shooting at Hotel Xcaret had criminal records related to robbery, drug, and weapons offenses.In a separate tweet, Mr Hernández also appealed for any information about the gunman, who was wearing a light gray sweatshirt and sweatpants. The security chief also shared a CCTV photograph of...
PUBLIC SAFETY・2 DAYS AGO

Gang Leader in Mexico Sentenced to 60 Years For Kidnapping

José Antonio Yépez Ortiz—a gang leader in Mexico known as “El Marro” or “The Sledgehammer”—has been sentenced to 60 years in prison over kidnapping, according to authorities in Guanajuato. Yépez Ortiz was arrested on Aug. 2, 2020 following a police shootout. His...
PUBLIC SAFETY・8 DAYS AGO
Border Report

Police in Juarez, Mexico, are reporting the arrest of a man and a woman in connection with the murder and dismemberment of a lesbian couple.
EL PASO, TX・5 HOURS AGO
Border Report

The volunteer activists who search for the bodies of their missing relatives have long been under threat in Mexico. But this week one of them took the unusual step of issuing a public plea to drugs lords in the northern border state of Sonora, to allow the “Searching Mothers” to do their work.
SOCIETY・20 DAYS AGO

Jury selection began Friday morning in El Paso in the trial of the alleged shooter and an associate in the 2010 murder of a U.S. consulate employee in Juarez.
EL PASO, TX・17 DAYS AGO
The Independent

Police are looking for a shooter involved in the killing of two Canadian guests and injuring a third at a luxury hotel in Mexico on Friday.The incident took place at an upscale resort on the Riviera Maya of Quintana Roo states the suspect, a lone gunman approached the group and opened fire at them, according to Riviera Maya News.According to the authorities, the suspect, who is believed to have fired the shots, has a “long” criminal record in Canada, reported Reuters. Quintana Roo’s head of public security, Lucio Hernandez posted photos of the alleged shooter – a man in a...
PUBLIC SAFETY・23 HOURS AGO
AFP

A journalist who once asked Mexico's president for support as she feared for her life was killed in Tijuana Sunday, the second media worker murdered in less than a week in the northern Mexican city. In 2019, Maldonado had asked Mexican President Andres Manuel Lopez Obrador for "support, help and justice" as she feared for her life.
PUBLIC SAFETY・1 HOUR AGO
Border Report

Mexico's President Manuel López Obrador, AMLO as he is commonly called, is telling reporters and the public not to link former Baja California Governor Jaime Bonilla to Sunday night's murder of journalist Lourdes Maldonado.
PUBLIC SAFETY・5 HOURS AGO
The Independent

In deadly start to year, 3 journalists killed in Mexico

A journalist has been killed the northern Mexico border city of Tijuana — the second in the city in a week and the third in Mexico this month.Mexico President Andrés Manuel Obrador called Monday for a full investigation and cautioned against jumping to conclusions about the motive for the murder of Lourdes Maldonado López, a Tijuana journalist who once sought his help.Maldonado was found fatally shot inside a car Sunday, according to a statement from the Baja California state prosecutor's office. Authorities received a 911 call around 7 p.m. and found Maldonado dead.In 2019, Maldonado went to López Obrador’s...
PUBLIC SAFETY・6 HOURS AGO
Border Report

Mexican authorities are reporting the seizure of more than 3,000 migrants during a 48-hour period beginning last Friday in the states of Chiapas, Tabasco, Oaxaca, Veracruz and Nuevo Leon.
EL PASO, TX・11 HOURS AGO
The Independent

6 charged with bid to smuggle arsenal to Mexican drug cartel

Six men have been charged with plotting to smuggle assault weapons and hundreds of thousands of rounds of ammunition, including .50-caliber armor piercing bullets, to one of Mexico's most violent drug cartels, authorities announced Monday.The alleged ringleader of the scheme, Marco Antonio Santillan Valencia 51, of Whittier California, and three other men were arrested last week while a fifth is in custody facing separate charges in North Carolina and the sixth is believed to be in Mexico, the U.S. attorney's office said.The men are accused of conspiracy to violate federal export laws by smuggling weapons into Mexico...
PUBLIC SAFETY・5 HOURS AGO
thesource.com

According to a report from The Daily Mail, an unidentified Mexican has claimed responsibility for the assassination of Mayor Benjamin Lopez Palacios last week in the Xoxocotla area only ten days following his inauguration. Palacios was elected in June 2021 after his brother Juan Lopez Palacios died a week after...
PUBLIC SAFETY・7 DAYS AGO
Border Report

PICTURED: Good Samaritan, 36, who was killed by NYC subway train after jumping onto tracks to rescue man who'd been attacked by knife-wielding gang: Two boys, 16 and 17, are arrested and charged with murder

The Good Samaritan who was killed by a train after jumping onto the tracks to rescue the victim of a beating has been identified as a 36-year-old security guard, as police have arrested two teenagers on murder charges in connection with the New Year's Day attack in the New York City subway.
PUBLIC SAFETY・10 DAYS AGO
KTSM

Police in Juarez have deployed a helicopter to patrol the city, given an alarming spike in criminal activity in the past few days attributed to drug cartels.
EL PASO, TX・6 DAYS AGO