4 cryptocurrencies to watch in 2022 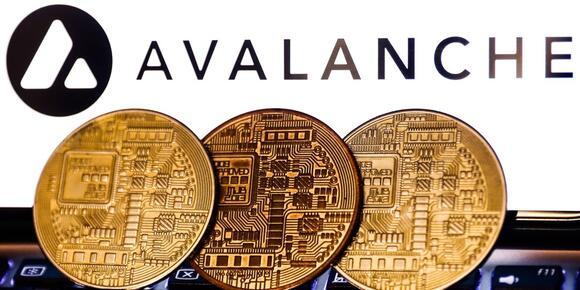 As we enter 2022, all eyes are looking to see what’s next in crypto. By now, blue-chip tokens like Bitcoin and Ether are familiar to anyone who’s had even a passing interest in “hodling.” And with Bitcoin now regularly trading around $60,000 and Ether at north of $4,000, some investors may be scouting for less established cryptocurrencies that may offer bigger returns. Luckily for them, there is no shortage of alt-coins—cryptocurrencies other than Bitcoin—that may break out and become the next household name.

Here are four emerging cryptocurrencies to watch as we enter 2022.

The meme-coin sensation burst into the public consciousness in 2021, piggybacking on Dogecoin’s success to become the latest decentralized homage to man’s best friend (the Shiba Inu is a breed of dog). Shiba Inu—which is valued at fractions of a cent—rallied to an all-time high in late October, approaching a market cap of nearly $40 billion in the process. In turn, the token’s legions of devotees—dubbed the SHIBArmy—clamored for Robinhood to make SHIB available on the stock trading app’s crypto platform.

But since those heady days of a month ago, things have taken a turn for the worse. SHIB has bled value in recent weeks, with its market cap having been roughly halved to around $20 billion (and declining). Will its descent prove the ultimate buying opportunity for the SHIB Army? Or will 2022 see Shiba Inu slip ever more into meme-coin obscurity?

Never miss a story about cryptocurrency

Currently the world’s fifth-largest cryptocurrency with a market capitalization exceeding $62 billion, Solana has had a remarkable ascent in 2021. Having entered the year trading at less than $2, it hit an all-time high of $260 in early November, and now trades just north of $200.

SOL is the native token of the Solana blockchain network, and its skyrocketing value likewise reflects Solana’s growing prospects. The blockchain has increasingly gained plaudits for its robust transaction processing speed—with none other than Sam Bankman-Fried, founder and CEO of crypto exchange FTX, recently giving it the advantage over Ethereum. Should Solana continue to grow its presence, SOL holders could find themselves over the moon.

Right behind SOL with a market cap of $55 billion sits Cardano, which also had a meteoric rise in 2021. The token entered the year trading at less than $0.20 and rallied to eclipse $3 by early September—becoming the world's third-largest cryptocurrency in the process. ADA has also cooled off since its Labor Day heights, and now trades at $1.66.

Cardano is the brainchild of Ethereum co-founder Charles Hoskinson, who left Ethereum after disagreeing with Vitalik Buterin’s designs on keeping that blockchain non-profit. Cardano has made a name in its own right—but with ADA in the midst of a months-long bear streak, 2022 could be a make-or-break year.

Contrary to its name, Avalanche has been red-hot this year. At the start of 2021, AVAX was trading at just north of $3; by late November, it hit an all-time high exceeding $146, good enough to surpass Dogecoin and become one of the world's 10 largest cryptocurrencies. It now trades at more than $116, with a market cap exceeding $26 billion.

AVAX is the native token of the Avalanche blockchain, one of Ethereum’s emerging rivals in the realm of smart contracts. Spurring AVAX’s autumn rally was a new partnership with Deloitte that will see the consulting giant deploy Avalanche to support its work with the Federal Emergency Management Agency (FEMA). With the Deloitte deal giving Avalanche an enviable dose of credibility, 2022 could see the blockchain and its token leverage that foothold to reach new heights.

Coinbase shares plunge as crypto crash wipes out $1.4 trillion in value since peak

Never miss a story: Follow your favorite topics and authors to get a personalized email with the journalism that matters most to you. The ongoing cryptocurrency collapse is severely hammering Coinbase, the publicly listed exchange. Coinbase's share price was down around 8% in pre-market trading Monday morning, following a 13%...
STOCKS・21 HOURS AGO
Fortune

What’s a ‘crypto winter’? Why some investors are scared about a repeat of 2018’s doldrums

Never miss a story: Follow your favorite topics and authors to get a personalized email with the journalism that matters most to you. There are few things scarier for investors than a bear market—unless you’re involved in crypto, in which case a winter is worse. The chilling term...
MARKETS・5 HOURS AGO
Fortune

Cryptocurrencies are down $1.4 trillion since November. What would $1,000 invested at the peak of each coin be worth now?

That’s bad news for anyone who has sunk money into Bitcoin, Ethereum, Dogecoin or any of the other altcoins on the market. But it’s especially bad for people who jumped on right at the peak. We once again got curious about exactly how bad that particular return on investment might be. Here’s the grim picture of what you'd be left with now if you jumped in at the peak of each cryptocurrency. Prices are as of 10 a.m. ET Monday.
STOCKS・17 HOURS AGO
The Motley Fool

It has staying power.
MARKETS・21 HOURS AGO

Though there are a lot of ways to gain exposure to Bitcoin, these stocks may be the worst.
STOCKS・22 HOURS AGO
The Motley Fool

A crash that started on Friday has continued on Monday.
STOCKS・15 HOURS AGO
GOBankingRates

Ready To Invest In Cryptocurrency? Get Started With Just $1

If you're curious about investing in cryptocurrencies and want to dip your toes in the increasingly omnipresent universe while limiting your risks, you're in luck. A slew of apps let you invest as...
MARKETS・12 HOURS AGO
The Motley Fool

Investors should get familiar with this fast-growing blockchain.
MARKETS・15 HOURS AGO

Cryptocurrencies Won't Destroy Banks, They Will Modernize Them | Opinion

In theory, cryptocurrencies solve many of the problems baked into the old financial system.
MARKETS・19 HOURS AGO
The Motley Fool

When Bitcoin falls so do Bitcoin miners.
MARKETS・12 HOURS AGO
The Motley Fool

Unfortunately, any sort of bullish catalyst doesn't matter as much as it normally would.
STOCKS・13 HOURS AGO
The Independent

Tumbling tech stocks and cryptocurrencies have seen the fortunes of some of the world’s richest people take a hit over the past week.Bloomberg reports that Tesla and SpaceX founder Elon Musk lost $25.1bn (£18.5bn), Amazon’s Jeff Bezos saw a $20bn (£14bn) drop in his fortune, Changpeng Zhao of Binance lost $17.7bn (£12.5bn), and Facebook’s Mark Zuckerberg is $10.4bn (£7.6bn) worse off.It was the worst week for the stock market since the crash at the onset of the pandemic.Big-name companies suffered, with Peloton falling below its IPO price and Netflix suffering its steepest drop in a decade. Stocks in chipmakers...
STOCKS・1 DAY AGO

Bitcoin and Ether are continuing to plunge in price, with Bitcoin having lost almost half of its all-time-high value and being down 4% this morning, hovering around $33,000. The U.S. economy remains...
MARKETS・13 HOURS AGO
The Independent

Bitcoin ‘Black Friday’ price crash: Why it happened, and what comes next

A sudden price crash followed by several days of steady losses have pushed bitcoin to its lowest level in six months, down more than 50 per cent from the all-time high it experienced in November.The abrupt downturn has renewed fears of a so-called ‘Crypto Winter’, with some analysts warning that it could be years before bitcoin and the broader market fully recovers.Follow our live coverage of the crypto marketAs is usually the case with major movements in the crypto market, the latest price collapse can be attributed to various factors, including a crackdown on crypto operations in Kazakhstan and fears...
MARKETS・16 HOURS AGO
The Motley Fool

Crypto-related stocks seem to be getting hit along with the broader market.
STOCKS・14 HOURS AGO
The Independent

Bitcoin’s price collapse on Friday has reverberated throughout crypto market, with leading cryptocurrencies continuing to suffer losses at the start of the week.BTC fell more than $10,000 between Friday and Monday, reaching as low as $33,184, according to CoinMarketCap’s price index. The losses mean the world’s most valuable cryptocurrency is now worth less than half the record peak it experienced in November.The overall market is down by a similar margin, with $1.5 trillion wiped from it in just two months. It has led to fears that a ‘Crypto Winter’ is underway, similar to the ones seen following the 2013 and 2017 bull markets.Ethereum (ETH), Cardano (ADA), Binance Coin (BNB) and Ripple (XRP) have all failed to recover from the crash, though analysts are divided over which way the market is heading from here.You can follow all the latest news, analysis and expert price predictions in our live blog below. Read More Bitcoin price stabilises partly after latest crypto market crash – but stays down
STOCKS・17 HOURS AGO
The Motley Fool

Do you hold any of these high-impact cryptos?
MARKETS・2 DAYS AGO
Fortune

Never miss a story: Follow your favorite topics and authors to get a personalized email with the journalism that matters most to you. For HODLers of crypto, the last couple months have been quite the test of endurance. The price of Bitcoin and Ethereum, the two top digital assets by...
STOCKS・3 DAYS AGO
MarketWatch

Bitcoin prices slumped further Saturday to levels not seen since last August, as a selloff of riskier assets like stocks spread to cryptocurrencies. Bitcoin has now shed more than 50% from its record high in November.
STOCKS・2 DAYS AGO