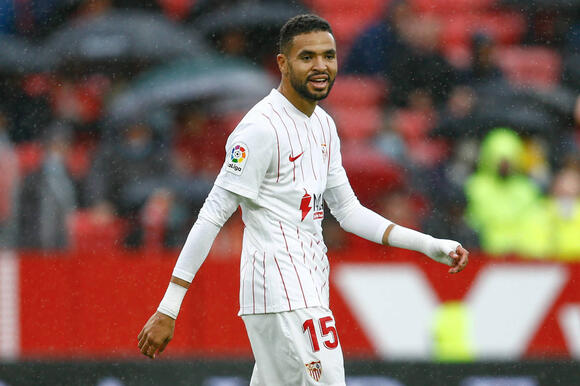 The Norway international is expected by many to be on his way out of Borussia Dortmund next summer, largely owing to a release clause that is set to attract a number of suitors from across Europe.

Despite strong interest from Chelsea last summer, Haaland remained in Germany and the current European Champions instead signed Romelu Lukaku. It was heavily reported at the time that Dortmund were commanding a mammoth fee.

This will not be the case in the upcoming summer transfer window, with the aforementioned release clause meaning it's likely to be a straight shootout between some European giants for his signature.

That would mean the potential destination would have to satisfy Haaland himself, and his super-agent Mino Raiola, someone Manchester City fans - and Pep Guardiola - will not have fond memories of.

If that move does not come to fruition, there has been a new name thrown into the mix.

According to Fichajes, as translated and relayed by Sport Witness, Manchester City could turn their attentions to Sevilla striker, Youssef En Nesyri if a deal for Haaland fails.

It's well known that City would like to bolster that position, and they have been 'knocking on the door' of the La Liga giants about the possibility of signing their star forward.

The Morrocan international has scored three goals in his first seven La Liga games this season and has looked a real threat operating as the number nine.

Whether City actually makes a move for the 24-year-old looks likely to depend on the availability of their other top striker targets.

It was basic arithmetic, really. In the same way that two plus two equals four, an almost impregnable defence plus a prolific, 20-goals-a-season striker equals a title-winning team.Two Premier League clubs found themselves stuck on the first side of that equation last summer. Each had one of the best defences in Europe but lacked a player regularly converting at the other end. Both intended to do something about it during the transfer window. One could and did, the other tried and couldn’t. So in that case, why is the team who didn’t spend £97.5m on a centre-forward sitting at the...
PREMIER LEAGUE・1 DAY AGO
FanSided

Last night, after getting on the scoresheet twice and helping his side complete an emphatic 5-1 victory over Freiburg, Erling Haaland was asked about his future and the striker gave a rather detailed reply. The 21-year-old, widely regarded as one of the best strikers of the game already is also...
FC BARCELONA・1 DAY AGO
SkySports

Erling Haaland: Borussia Dortmund have 'started to pressure me into making a decision'' about my future

Erling Haaland says pressure from Borussia Dortmund to make a decision about his future is proving to be a distraction. Haaland, who scored twice in the 5-1 Bundesliga win over Freiburg on Friday, has a contract with Dortmund until the summer of 2024, with a £64m release clause understood to come into effect this summer.
PREMIER LEAGUE・1 DAY AGO
The US Sun

MANCHESTER CITY are considering a move for Real Madrid wonderkid Vinicius Jr, according to reports. The winger, 21, is in electric form and City are said to have turned their attention to him after failing in their efforts to land Erling Haaland. Spanish outlet, El Nacional, claim Pep Guardiola has...
PREMIER LEAGUE・21 HOURS AGO

Erling Haaland’s signature is almost every club in and amongst the European elite’s resolution for 2022, given his availability and his prolific nature in the goalscoring category. With the Norwegian’s £64 million release clause set to activate in the summer, a host of clubs including Manchester City look...
PREMIER LEAGUE・2 DAYS AGO
ESPN

Borussia Dortmund forward Erling Haaland said the German side are pressuring him to choose a new club this summer. Haaland, 21, is one of the most sought-after players in world football with top clubs in the Premier League as well as Barcelona, Real Madrid, Bayern Munich and Paris Saint-Germain interested in his signing, according to ESPN, and he is expected to leave Dortmund at the end of the season.
PREMIER LEAGUE・1 DAY AGO
NBC Sports

Erling Haaland’s contract release clause at Borussia Dortmund has been in the news nearly as much — if not more? — than his on-field heroics, and that’s saying something because the Norwegian is as prolific a young scorer as anyone… even Kylian Mbappe. And we...
SOCCER・1 DAY AGO
The Guardian

Minute-by-minute report: Kevin De Bruyne’s sumptuous second-half strike sealed a huge win for the champions as they look to retain their title. Scott Murray was watching.
PREMIER LEAGUE・1 DAY AGO

You would think that after signing the Champions League’s all-time leading goalscorer, a four-time winner with Real Madrid and a 21-year-old prodigy who has played in its knockout stages twice already, Manchester United would be well on their way to achieving a top-four finish by now. If only it were so simple.This season was supposed to see the first serious title challenge at Old Trafford. It has instead resulted in Ole Gunnar Solskjaer’s departure, a bloated and unsettled squad, and the appointment of an interim manager who now has about four months to turn results around and meet the minimum...
PREMIER LEAGUE・2 DAYS AGO
CityXtra

Going into what promises to be a cracker of a contest, a 10-point gap separates Manchester City and Chelsea, and the hosts will almost certainly have their eyes on further extending that margin at the top of the table. While Pep Guardiola’s men are on an 11-game winning streak across...
PREMIER LEAGUE・1 DAY AGO
CityXtra

There is no questioning the fact that Ilkay Gundogan has been one of the best players in the world for over 12 months now, putting in a string of consistent performances under Pep Guardiola. Ending up as Manchester City’s top scorer in the 2020/21 Premier League season with 13 goals,...
PREMIER LEAGUE・2 DAYS AGO
The Guardian

Pep Guardiola’s men earned all three points on their visit to the Emirates Stadium last time out in the Premier League, as they went past Mikel Arteta’s side with a nail-biting 2-1 victory. Since then, City have had to deal with a major COVID outbreak, with Pep Guardiola...
PREMIER LEAGUE・2 DAYS AGO
CityXtra

The Sky Blues can go at least 11 points clear at the top of the pile should they manage to claim their second win of the campaign against the European champions after sealing a crucial win away at Stamford Bridge earlier this season. Pep Guardiola's men have been relentless in...
PREMIER LEAGUE・2 DAYS AGO
The Guardian