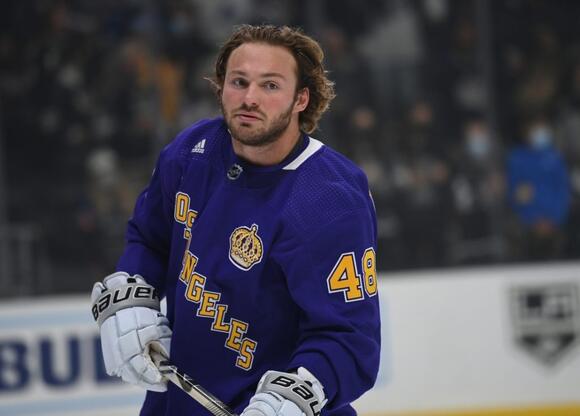 Lemieux received a match penalty and was ejected after grappling with Tkachuk during the third period of the host Kings’ 4-2 win.

Tkachuk got up from the encounter with blood on his hand and told officials Lemieux had bitten him.

“It’s outrageous,” Tkachuk said after the game, per the Ottawa Sun. “Kids don’t even do that anymore. Babies do that. I don’t even know what he was thinking. He’s just a complete brick head. He’s got nothing up there. Bad guy, bad player, but what a joke he is.” 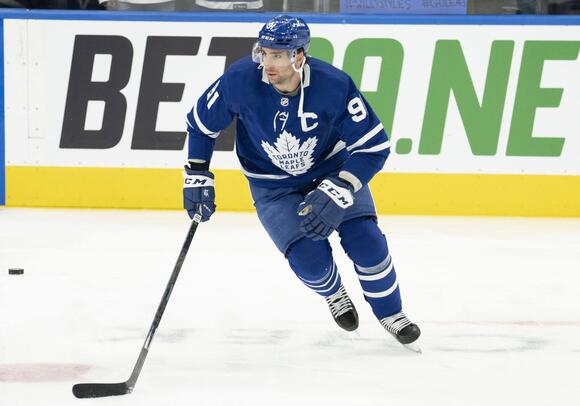 No date has been set for Lemieux’s hearing. In-person hearings are reserved for incidents when a player faces a suspension of more than five games.

The NHL season officially started back on October 12. In this article, we track all the NHL games today as
NFL・4 HOURS AGO
Sports Illustrated

Without NHL participation in the 2022 Winter Games, Team USA is relying heavily on teenagers, collegiate athletes and journeymen alike for its squad.
HOCKEY・2 DAYS AGO
WBRE

College players make up almost two-thirds of the U.S. Olympic hockey roster for Beijing. The 15 college players makes it 11 more than in 2018 when the NHL also opted not to participate.
HOCKEY・2 DAYS AGO
Sportsnaut

Josh Norris scored twice, including the tiebreaking goal as the Ottawa Senators tallied five times in the third period to rally past the Edmonton Oilers 6-4
NHL・1 DAY AGO
Get Up Mornings with Erica Campbell

The jersey retirement ceremony will take place on the anniversary of his NHL debut.
NHL・19 HOURS AGO

Rangers highly touted prospect Braden Schneider looks back on his day leading up to his NHL debut and his first career goal on Thursday night.
NHL・2 DAYS AGO
Sportsnaut

The Buffalo Sabres were no match for the Red Wings on Saturday night at Little Caesars Arena, as Detroit defended their home ice to the tune of a 4-0 shutout win. Kyle Powell has a complete game recap:
NHL・1 DAY AGO

Not much has gone the way of the Montreal Canadiens this season, but they should get a major piece back
NHL・19 HOURS AGO
uscannenbergmedia.com

Just four members of the Los Angeles Kings’ Stanley Cup-winning team from 2014 remain on this year’s roster. Anže Kopitar, Jonathan Quick, Drew Doughty and captain Dustin Brown haven’t won so much as a playoff round since then, and with an average age of 34.5, the foursome have been on a downward trajectory for a few years now.
NHL・2 DAYS AGO
Sportsnaut

The good mojo Bruce Boudreau brought with him to the Vancouver Canucks seems to have run out. The Canucks suffered
NHL・1 DAY AGO
dodgerblue.com

The Los Angeles Dodgers will be represented at Crypto.com Arena for the first time since Staples Center received its new name as the L.A. Kings host their annual game to recognize the MLB franchise on Jan. 18 for a matchup against the defending Stanley Cup champion Tampa Bay Lightning. Fans...
NHL・22 HOURS AGO
Sportsnaut

Depleted Blues hope to bounce back vs. Predators

The St. Louis Blues could move closer to full strength when they host the Nashville Predators on Monday night. The
NHL・16 HOURS AGO
Sportsnaut

The Colorado Avalanche have been living dangerously since returning from a seven-game hiatus due to coronavirus issues. Colorado has won
NHL・19 HOURS AGO