This Is the Slowest-Selling Car in America 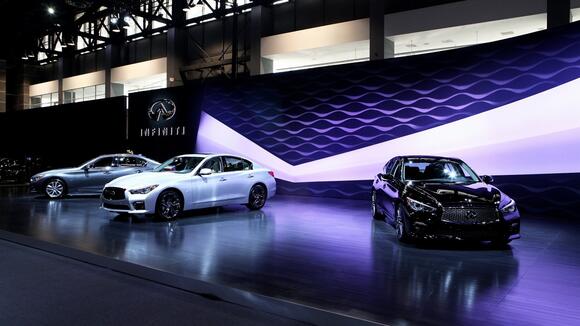 The car industry should be having a banner year. Demand for new cars has skyrocketed, due at least in part to pent-up demand because dealers were closed over portions of the nearly two years the COVID-19 pandemic has plagued the United States. Sales, however, have hit a wall -- and the slowest-selling car of all is the Acura TLX.

A shortage of semiconductors -- needed to run the electronic and navigation systems of cars -- has shuttered assembly lines at major manufacturers. Karl Brauer, an executive analyst for

iSeeCars , an automobile search engine, commented that "Production halts and restricted inventory continue to beset the auto industry, but we did see an incremental improvement this past month."

One metric used by the industry is called "average days to sell." This measures the time from when a car reaches a dealer from the manufacturer until that car is driven away by a customer. This figure normally runs between 50 and 60 days. By October, the number had dropped to 32.

For some cars, the number was much smaller. The figure for the Kia Seltos -- a compact sport utility vehicle that carries a low price of about $27,000 -- was 7.7 days as of October, according to an analysis by iSeeCars of 250,000 new and used cars sold that month. ( These are America’s cheapest cars .)

The Acura TLX, on the other hand, had stayed at dealers for an average of 165 days as of October. The TLX is a sports sedan, a category currently out of favor with consumers. Additionally, Acura, which is part of Honda, has been among the poorest-selling luxury car lines in America, overshadowed by Lexus, Mercedes, BMW, and Audi. (It does get fairly good reviews, however: Car and Driver rates it 8.1 out of 10, and U.S. News gives it a grade of 8.6 out of 10.)

Click here to see the slowest-selling cars in America

Americans have shifted their buying patterns from sedans to SUVs, crossovers and pickups in the past decade. Among the 20 fastest-selling vehicles in October, nearly all were SUVs or crossovers. ( These are the fastest-selling cars in America right now .) 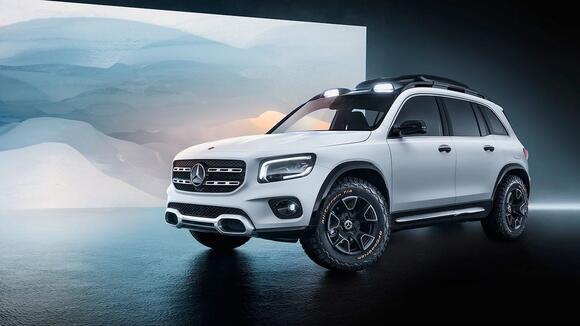 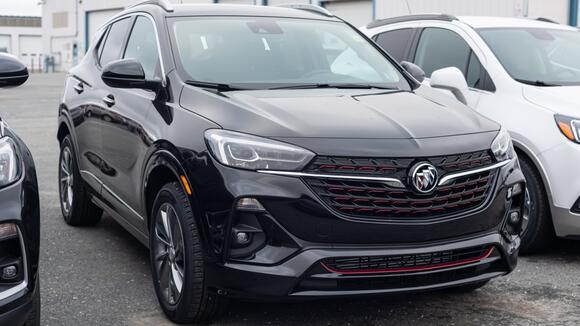 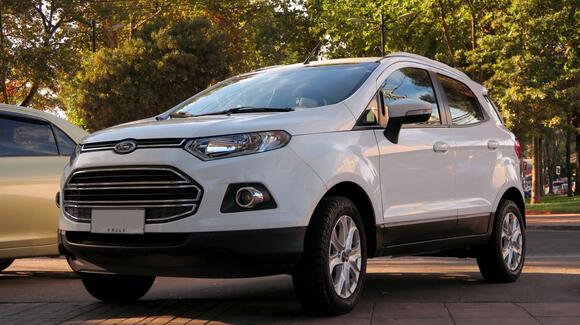 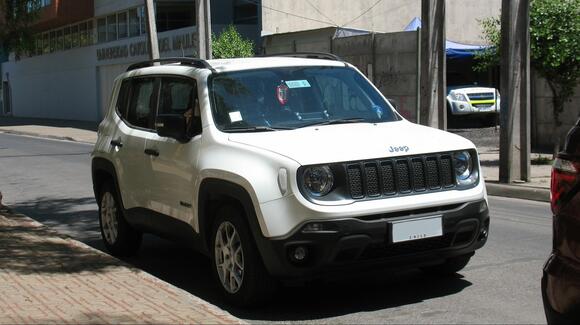 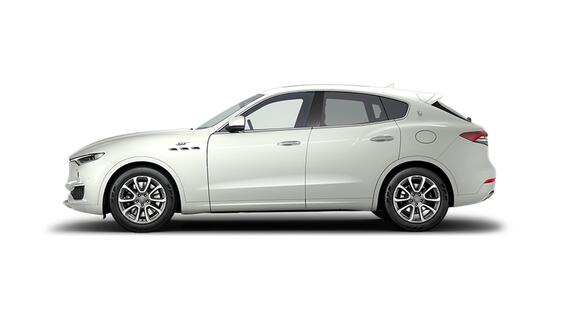 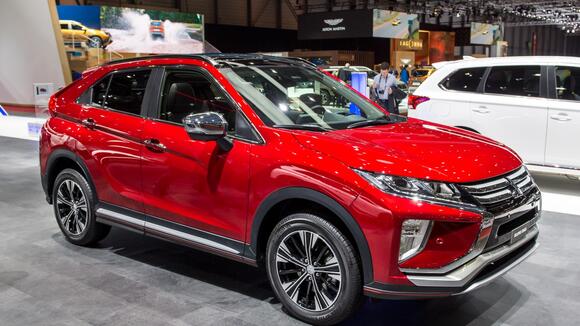 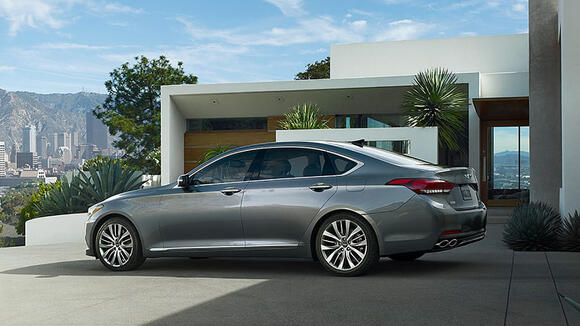 ALSO READ: The Cars That Stay on Dealer Lots the Longest 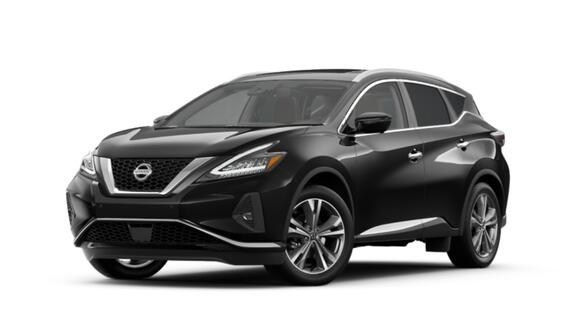 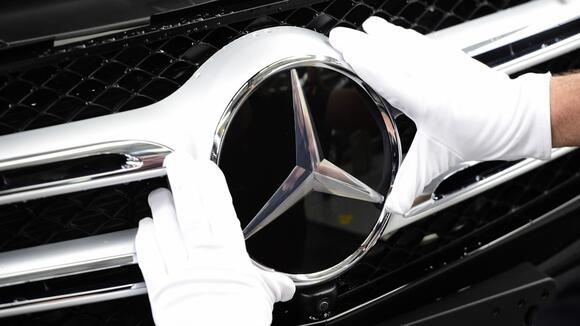 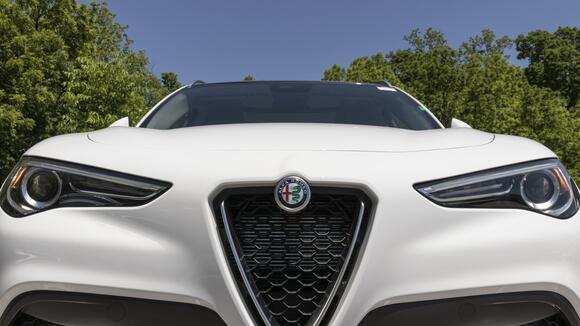 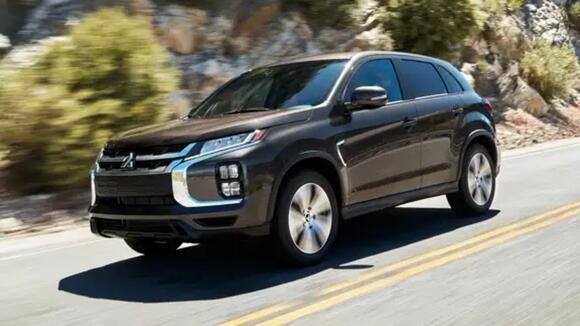 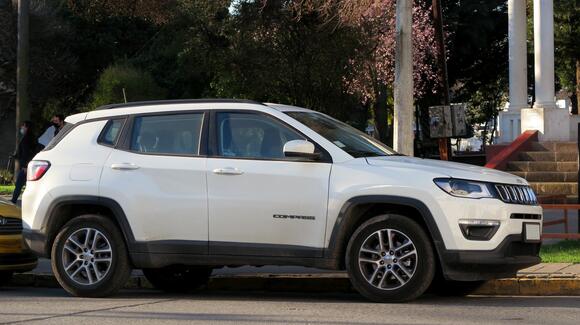 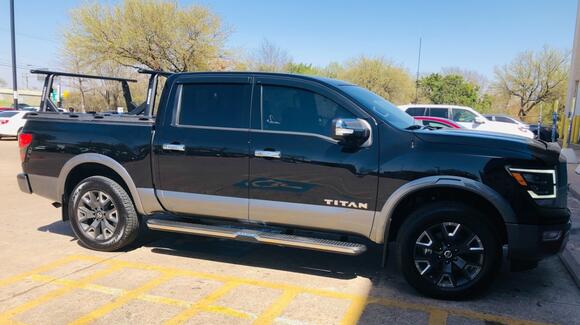 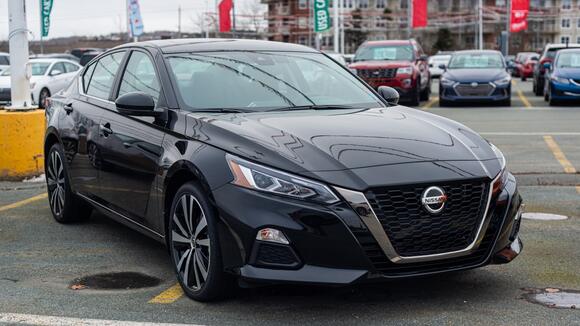 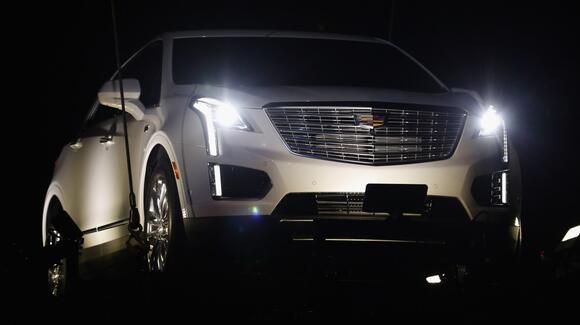 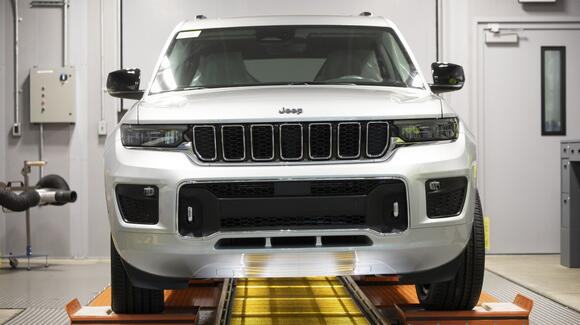 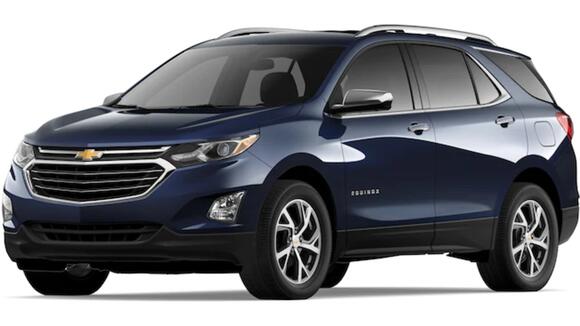 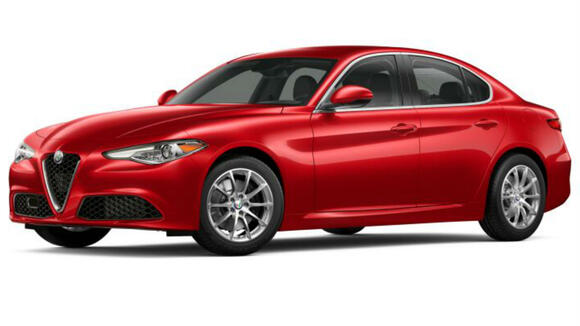 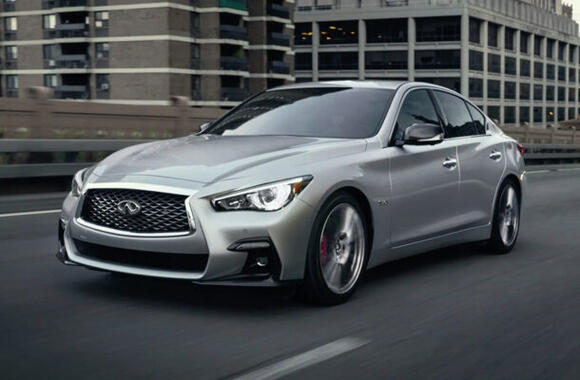 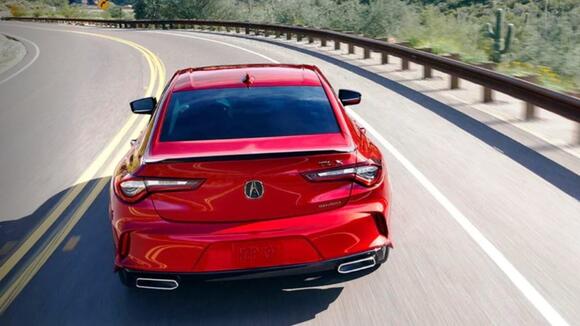 Electric cars were a novelty a decade ago. Tesla was founded in 2003 but did not have meaningful sales until its Model S sedan was released in 2012. In the fourth quarter of last year, it delivered 308,000 vehicles. Today, Tesla is the most valuable company in the world, with a market capitalization of $948 […]
CARS・1 DAY AGO
24/7 Wall St.

The World’s Most Searched Car Brands

Success in the car industry comes in several forms. One is total sales. Recently, globally, this position has been held by Volkswagen or Toyota, depending on the year. Another measure is profits. Some modest-sized companies like Porsche have high margins because of the price premium their vehicles carry. Yet another yardstick is quality. The top […]
ECONOMY・2 DAYS AGO
24/7 Wall St.

The Longest-Lasting Cars on the Road

Cars are intended to be a long-term purchase. Whether they are used mostly for commuting to and from work, driving the kids to school and other activities, running errands or all of the above, most car owners keep them for years. While some models break down much faster than average, others are longer lasting than […]
BUYING CARS・19 HOURS AGO
Gear Patrol

The North American Car of the Year Awards, or "NACTOY" for short, have been a fixture of Detroit's International Auto Show in January since 1994. The show itself moved to the warmer months and has been on hiatus during the pandemic. But the awards have maintained their traditional January timeslot.
CARS・13 DAYS AGO

Honda Motor Co. continues to be the dominant local name in auto sales. According to 2021 sales data analyzed by car search engine ISeeCars.com, the automaker accounted for five of the top 10 new vehicles sold in Central Ohio in the past year by share of sales. The East Liberty-assembled...
COLUMBUS, OH・14 DAYS AGO
notebookcheck.net

Buoyed by the Ioniq 5 release, Hyundai looking to expand its electric cars production in America

Hyundai Motors plans to release no less than seven electric vehicles in the U.S. this year among all of its brands like Kia or Genesis, starting with the base Ioniq 5 model. The existing factories in Alabama and Georgia may be retrofitted for expanding EV production in America according to Hyundai's US$7.4 billion manufacturing plan, but President Biden's pending subsidies for carmakers registered with the United Auto Workers Union may tip the scales in the Tennessee plant's favor.
CARS・10 DAYS AGO
Crain's Cleveland Business

The U.S. electric bike market continues to boom, according to the latest figures from the Light Electric Vehicle Association. The U.S. imported nearly 790,000 electric two-wheelers in 2021, according to LEVA's estimate, up from 463,000 in 2020. While not a sales figure, LEVA's tally is a useful proxy for the state of the U.S. e-bike market.
CARS・3 DAYS AGO
Motor1.com

The Best-Selling Cars In The World In 2021

As a regular reader of Motor1.com, you probably know that we are passionate about statistics. As they say, numbers speak louder than words. So in this column called Motor1 Numbers, we coordinated with the 12 editorial offices in our network around the globe to take a look at the best-selling cars country-by-country for 2021.
BUYING CARS・5 DAYS AGO

These are good times for selling just about any kind of car, but pickups and luxury cars are doing especially well in early 2022. While it’s true a rising tide lifts all boats, if you’re aiming to unload a luxury vehicle, choosing the right place to sell it can possibly lift your boat just that little bit higher than someone else’s.
BUYING CARS・4 DAYS AGO
CarBuzz.com

Canada And Mexico Join Forces Against America Over Cars

America's northern and southern neighbors are officially teaming up over what they deem to be an unfair interpretation of North American automotive free trade rules. Per Reuters, Canada has officially signed Mexico's complaint against the US over new rules in the US-Mexico-Canada free trade pact (USMCA), which replaced the North American Free Trade Agreement (NAFTA) in 2020. More specifically, the issue at hand is how the new rules are being interpreted.
CARS・11 DAYS AGO
Seekingalpha.com

Last week, BMW Group was happy to report it had a record-breaking 2021 after global sales of 2,521,525 cars. The core brand managed to beat Mercedes and Audi to grab first place on the luxury segment podium. How did the company fare overall last year in Europe? The European Automobile Manufacturers’ Association (ACEA) has details about passenger car registrations.
BUSINESS・7 DAYS AGO
24/7 Wall St.

This Is the American Company With the Worst Reputation

Does it matter how the public views a company? Does the reaction to its name drive sales of its products or services higher or lower? Brand experts have considered this question for decades. The results are not conclusive. Well-known brands like Facebook are often poorly regarded by the public, yet it has over 2 billion […]
BUSINESS・15 HOURS AGO
mediafeed.org

Do you drive one of America’s most stolen cars?

In its annual “Hot Wheels” report, the National Insurance Crime Bureau (NICB) lists 2020’s top 10 most stolen cars in America. Aside from seeing a dramatic increase in the number of thefts from 2019, the Ford full-size pickup truck was the top stolen vehicle in the U.S. for the second year in a row. It was followed by the Chevrolet full-size pickup in second place, overtaking the Honda Civic’s 2019 spot and making it the third most stolen car in America in 2020.
CARS・3 DAYS AGO
digg.com

I Bought The Cash For Clunkers Car: The Cheapest New Car In America In 2009. And It's Weird

"This is the cheapest car people bought after turning in their rusted-out Explorer. It's bad. But also good. I'm honestly conflicted." A restaurant in Alberta was forced to briefly close its dining room after the health department found patrons were showing photos of dogs instead of proof of vaccination or a negative Covid test, as mandated by the Canadian province.
CARS・2 DAYS AGO
CNBC

Budget electric car Hongguang Mini was the best-selling electric car in China last year, according to the China Passenger Car Association. More expensive cars from Tesla and BYD dominated the top vehicles sold in the new energy vehicle category, which includes battery-powered and hybrid cars. A relatively newcomer to the...
CARS・11 DAYS AGO
houstonianonline.com

STUTTGART (AP / BLOOMBERG) – Porsche has sold more cars than last year. The German carmaker, part of the Volkswagen car group, owes much of its growth to increased demand from the United States and China. Since it was not possible to travel and eat outside, the rich spent more money last year on other luxury items such as expensive cars.
ECONOMY・12 DAYS AGO
XL Country 100.7

Selling a Car in Montana? Right Now is the Perfect Time to Sell

If you have been thinking about selling a car or truck in Montana, right now is a great time to get rid of it. The price of used cars has been through the roof lately, and many people that have listed a vehicle for sale in Montana have had success. I recently listed my 1995 Toyota pickup for sale and ended up getting more for it than I was asking.
MONTANA STATE・7 DAYS AGO