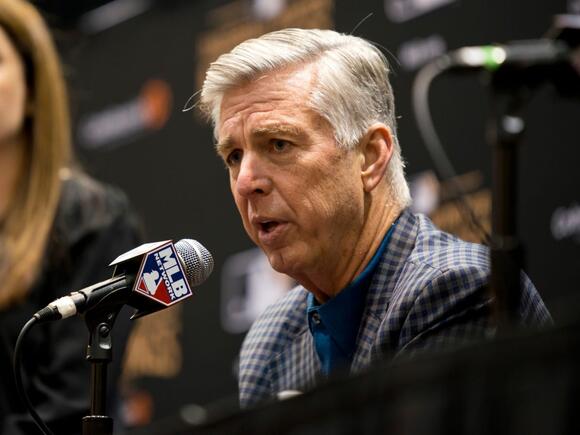 The Philadelphia Phillies have been linked with a prolific closer by an MLB Insider.

The Philadelphia Phillies need a closer. That much was evident in the 2019, 2020, and yes, the 2021 season. The bullpen has been atrocious and a focal point of why the Phillies have missed the postseason in recent seasons.

Hader has been the one of, if not the most prolific closer in the MLB for last few seasons. He won't come cheap, but the Brewers will soon be unable to afford his services. Considering the shape and tendencies of their franchise, they will likely want something for the three-time All-Star rather than letting him walk in free agency.

Hader has a career 2.26 ERA with 96 saves. He is one of the most consistent back-of-the-bullpen presences in the MLB and he has shown no signs of slowing down. At 27-years-old, he is in the middle of his prime.

When asked to do so, he has been able to go multiple innings when the game is on the line, as evidenced by his 157 innings pitched between 2018-2019.

He won't come cheap and a three-way trade could be possible as one MLB.com article by Anthony Castrovince ridiculproposed. However, the interest in Hader by the Phillies is real, it just remains to be seen how realistic an actual trade could be.

Hader will come at a steep price, especially considering he is controllable through the 2023 season. Names like Bryson Stott, Mick Abel, and Logan O'Hoppe may be in play when it comes to the acquisition of Hader.

That being said, it may take the movement of one of those top prospects to make the postseason once again. Perhaps even more than one if they hope to make a run at a World Series when Bryce Harper, J.T. Realmuto, and Zack Wheeler are still in their prime.

Hader won't be the final or finishing piece to this roster, but his presence would go a long way in helping Philadelphia achieve their ultimate goal.

The MLB lockout freezes big-league transactions. In a way, the Philadelphia Phillies have been frozen for a decade. Missing the
MLB・2 DAYS AGO
Inside The Dodgers

Tyler White agreed to terms for a minor league contract with the Milwaukee Brewers.
MLB・1 DAY AGO
Inside The Phillies

The Phillies began the International Amateur Free Agent signing period with a blast, nabbing 14 young, Latin American prospects in the first days alone.
NFL・7 HOURS AGO
Inside The Dodgers

After being traded to the Los Angeles Dodgers last season and finishing a massive 10-year deal inked with the Angels, Albert Pujols is now a free agent once again and looking for a team to join for the upcoming 2022 season. In a December interview with La Vida Baseball, the veteran slugger opened ...
MLB・2 DAYS AGO

When it comes to the 2022 campaign, one of the most asked questions for Dodgers fans is what will become of starting pitcher Trevor Bauer. He's in his second year of a three-year, $102 million contract, but he was put on paid administrative leave last season after accusations of sexual assault ...
PASADENA, CA・19 DAYS AGO
Audacy

White Sox designated hitter Yermin Mercedes made a splash with a majestic home run—punctuated by an epic bat flip—in Thursday night’s Winter League game in the Dominican Republic.
MLB・2 DAYS AGO
Inside The Dodgers

ESPN Buster Olney thinks Treinen is one of the bullpen arms in baseball.
MLB・1 DAY AGO

#The Philadelphia Phillies#Mlb Com
Inside The Dodgers

MLB rumors: Yankees ‘expected’ to be in on star Japanese outfielder

The Yankees are among several teams “expected” to be in the bidding for Japanese star outfielder Seiya Suzuki, according to a report from The Athletic’s Andrew Baggerly. From the report: “The Seattle Mariners are known to be among the 10-to-12 clubs that pitched their organizations to him over Zoom. So did the San Francisco Giants, who are coming off a 107-win season and have an acute need for a right-handed hitting outfielder. (“The Seiya Hey Kid”?) The Red Sox are known to have strong scouting links to Suzuki, and in an interview with a Japanese TV station earlier this month, former Boston pitcher Koji Uehara tried to squeeze an admission out of him that he was bound for Fenway Park. The Dodgers, Padres, Yankees, Rays and Blue Jays also are expected to be in the mix.”
MLB・2 DAYS AGO
Inside The Dodgers

Joe Kelly is quite the character around Major League Baseball. With two championships under his belt across a 10-year career, Kelly has made his name known in a big way. He took one World Series against the Dodgers in 2018 and another with Los Angeles in 2020, finally bringing a title back to the ...
MLB・1 DAY AGO
WFAN Sports Radio

Veteran outfielder Melky Cabrera announced Friday that he is retiring after 15 major-league seasons. Cabrera, who made his declaration on
MLB・2 DAYS AGO
Inside The Blue Jays

Outfielder Oscar Colás, the No. 5 international prospect according to MLB Pipeline, came to terms on a $2.7 million deal with the Chicago White Sox, MLB.com’s Jesse Sanchez reported Saturday. According to Sanchez, the Sox and outfielder Erick Hernandez agreed to terms on a $1 million deal. MLB Pipeline ranks Hernandez as the No. 28 international prospect. Colás, who was born in Santiago de ...
MLB・1 DAY AGO
Chicago Tribune