Jon Johnson: Per source, Ben Simmons spent some time this afternoon at WFC for individual practice with handful of coaches, staff.

Watching the Wolves close this games with a collection of PFs that are just sort of OK, makes me believe even more they are the team that should trade for Ben Simmons. – 8:37 PM 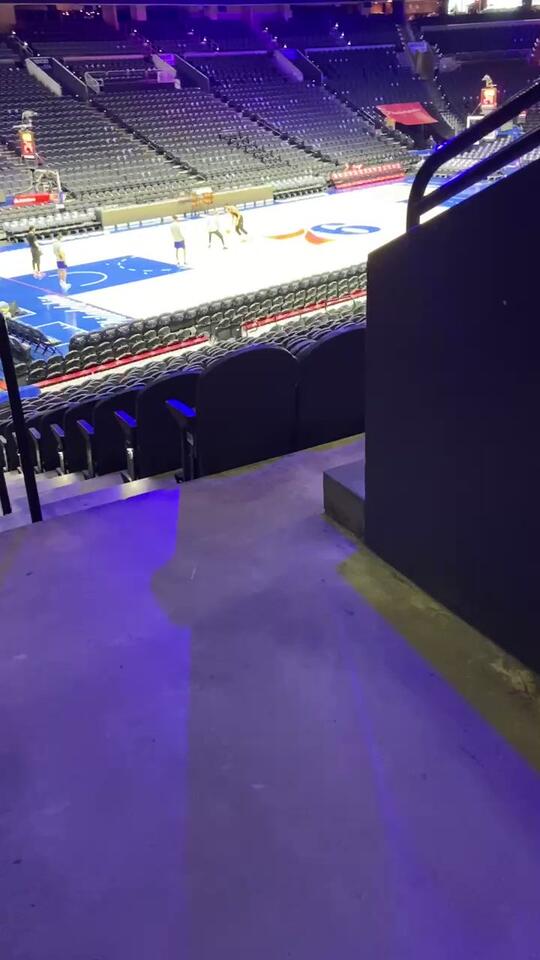 Per source, Ben Simmons spent some time this afternoon at WFC for individual practice with handful of coaches, staff. – 2:58 PM

Ben Simmons and the Philadelphia 76ers continue to be in limbo with each other.

@Keith Pompey tells @Brian Geltzeiler and @Sam Mitchell he thinks this saga will impact how future free agents look at Philadelphia as a destination. pic.twitter.com/SPEXByFqgs – 11:25 AM 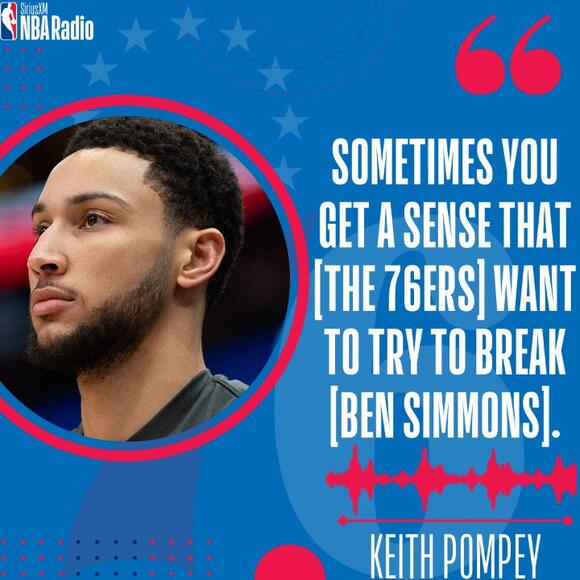 Tyrese Maxey is proof that Ben Simmons can definitely be the 3rd-best player on a championship team. – 2:58 PM

Keith Pompey: #Sixers PG Ben Simmons is at the Wells Fargo Center, according to sources. No word if he’ll remain here for tonight’s game. -via Twitter @PompeyOnSixers / November 27, 2021

I think Ben Simmons wanted to be traded. I feel like, he felt like how it was; people weren’t loyal to him. I do feel like he’s dealing with some stuff. I do. There were times last year that the 76ers were like making it seem like he was bothered by one thing, but they knew it was something else. I just feel like he feels betrayed. He feels like nobody really has his back, and it’s time to move on. Not only that. He also knows that the average Philadelphian wants him outta here. They don’t want him. There’s gonna be no more hostile place for Ben Simmons to play than in Philadelphia. -via SportsKeeda / November 26, 2021

I think they gotta trade him, man. A lot of it will be predicated on how successful the 76ers are. I feel like if the 76ers are successful, and they have a chance of going deep in the playoffs, I can see them making a move and bringing somebody in. If the 76ers are struggling, and they decide to shut it down, then I can see them holding off until they can get somebody, maybe in free agency, in a sign and trade type of thing. I can’t see Ben Simmons being here and being a part of the team long term. Who knows? Never say never, but I don’t really see this marriage where you fine this dude, and you’re doing all this other stuff ,and he decides to all of a sudden come out and play. I can’t see that happening -via SportsKeeda / November 26, 2021

The trade deadline is just around the corner in the NBA world. There's no doubt a lot of teams will be looking to add players or shake up their roster. Multi-team trades are more commonplace in the modern NBA, and it is possible that we see some blockbuster trades ahead or at the deadline.
NBA・1 DAY AGO
Audacy

The Sacramento Kings appear to be trying to make a move for both Ben Simmons and Tobias Harris, but the 76ers remain unmoved by any offers they’ve received.
NBA・2 DAYS AGO
KYW News Radio

The Feb. 10 NBA trade deadline is just three weeks away, and Ben Simmons’ situation, as of Wednesday, remains unresolved. He is still out because of personal reasons, and it doesn’t appear a trade is imminent.
NBA・2 DAYS AGO
Sportsnaut

The trade deadline is coming up, and one of the biggest names on the trade block is Philadelphia 76ers star, Ben Simmons. There have been a lot of teams that were linked with a move for him in various reports. One of those teams that were reported as being interested...
NBA・1 DAY AGO
USA TODAY Sports Media Group

How bad do the Sacramento Kings want Ben Simmons? Multiple sources previously said the Western Conference team was willing to complete a deal for Simmons and Tobias Harris. And the Kings still have interest in acquiring the 76ers’ two highest-paid players, according to sources. Source: Keith Pompey @ The...
NBA・2 DAYS AGO
blackchronicle.com

We are now officially three weeks away from the NBA trade deadline and we are still looking for answers in Philadelphia pertaining to Ben Simmons. Joel Embiid has been carrying the 76ers lately, looking like a true MVP candidate in the process, but the Sixers have not fully looked like a championship contending team this season.
NBA・8 HOURS AGO

Sixers president Daryl Morey struck a pessimistic tone regarding the team's chances of making a trade for Ben Simmons by the Feb. 10 deadline.
NBA・22 HOURS AGO
Larry Brown Sports

Could the Philadelphia 76ers be more willing to accept a slightly lower return for Ben Simmons?. 76ers president Daryl Morey suggested Thursday that the team might be a bit more willing to accept a lesser player in trades, though extra draft picks would still be necessary. Morey told Mike Missanelli on 97.5 The Fanatic that Joel Embiid’s dominance was a motivating factor for the Sixers, and that a complementary piece that might pair well with Embiid could move the needle in trade talks.
NBA・23 HOURS AGO
FanSided

There is a report the Detroit Pistons offered Jerami Grant, Kelly Olynyk and Saddiq Bey plus a first-rounder to the Philadelphia 76ers in return for Ben Simmons. The Sixers demurred, but to Pistons fans, it now seems like a big overpay for what they would get. Many basketball fans are...
NBA・1 DAY AGO
Sports Illustrated

The former Celtic is making his first return to Boston since leaving the franchise.
NBA・2 DAYS AGO

A potentially major development occurred in the Los Angeles Lakers’ 111-104 loss to the Indiana Pacers on Wednesday. With 3:52 left in the fourth quarter, head coach Frank Vogel deployed Malik Monk onto the court, taking Russell Westbrook out of the game in crunch time — an adjustment rarely seen in the first half of the 2021-22 season. About four minutes earlier, L.A. had lost its lead that they held onto for the majority of the game.
NBA・23 HOURS AGO
ClutchPoints

It is clear at this point that the Brooklyn Nets are looking to shake up their roster ahead of the upcoming February trade deadline. Whispers of a James Harden exit have already emerged, while reports of a potential trade for promising big man Nic Claxton have also surfaced. Another name...
NBA・19 HOURS AGO
USA TODAY

The Nuggets have a scoring margin of a championship team when Nikola Jokic plays, and when he sits, they are worse than the NBA's worst team.
NBA・1 DAY AGO
FastBreak on FanNation

Donovan Mitchell has been ruled out for the game between the Houston Rockets and Utah Jazz.
NBA・2 DAYS AGO
670 The Score

Bulls star DeMar DeRozan remains in great position to start the All-Star Game. DeRozan continued to lead all East guards by a wide margin in All-Star fan voting in the latest returns released by the NBA on Thursday.
NBA・1 DAY AGO
Insider

Russell Westbrook and the Lakers are running out of answers after he was benched during the team's loss to the Pacers.
NBA・1 DAY AGO
95.7 The Game