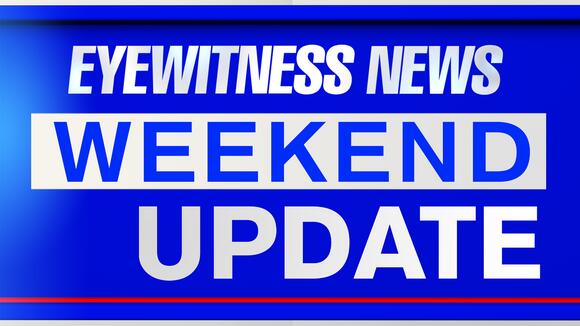 New York Islanders games have been postponed through at least Tuesday due to COVID cases, according to the NHL. Upcoming New York Islanders games Sunday at the Rangers and Tuesday at the Philadelphia Flyers were postponed after additional players went into the NHL's COVID-19 protocol on Saturday. The team would have had as many as eight players unavailable. The league says the possibility of additional spread contributed to the Islanders' games through at least Tuesday being called off for now. The team has said captain Anders Lee, fellow forwards Ross Johnston and Kieffer Bellows and defensemen Zdeno Chara, Adam Pelech and Andy Greene were in protocol, and winger Josh Bailey only recently resumed skating after being quarantined. General manager Lou Lamoriello said as recently as Wednesday that none of the players who were positive for the virus had tested negative to clear the way to return. The short-handed Islanders lost 1-0 to the Pittsburgh Penguins at home Friday night. "We're kind of piecemealing it," coach Barry Trotz said after the loss. "The young guys who have come in, they're doing what they can. ... They're doing the job that they can. There's no one not trying right now." The NHL postponed three Ottawa Senators games in mid-November because of that team's virus outbreak. One of those games, at the New Jersey Devils, has been rescheduled for Dec. 6. Ottawa is 0-3-0 since resuming play and put goaltender Matt Murray on waivers Saturday. Murray allowed four goals on 27 shots in a loss Wednesday, his only start since being activated off the COVID-19 list. When the NHL agreed to participate in the 2022 Winter Olympics in Beijing, the league and the NHL Players' Association added the caveat that they could withdraw based on pandemic conditions. It would take a significant amount of postponements to trigger the NHL/NHLPA withdrawal for a material disruption to the season that would require the 2 1/2-week Olympic break in February to make up games. The league and players have until Jan. 10 to pull out without financial penalty. Canada named Claude Julien coach for two international tournaments in December as part of a potential plan B staff if the NHL does not participate in the Olympics.

Chicago Blackhawks defenseman Calvin de Haan was fined $2,500 by the NHL on Friday for a dangerous trip against Montreal
NHL・2 DAYS AGO

Josh Norris scored twice, including the tiebreaking goal as the Ottawa Senators tallied five times in the third period to rally past the Edmonton Oilers 6-4
NHL・1 DAY AGO
San Diego Union-Tribune

College players make up almost two-thirds of the U.S. Olympic hockey roster for Beijing. The 15 college players makes it 11 more than in 2018 when the NHL also opted not to participate.
HOCKEY・2 DAYS AGO
WFAN Sports Radio

Rangers highly touted prospect Braden Schneider looks back on his day leading up to his NHL debut and his first career goal on Thursday night.
NHL・2 DAYS AGO
NewsOne

The jersey retirement ceremony will take place on the anniversary of his NHL debut.
NHL・19 HOURS AGO
San Diego Union-Tribune

The Buffalo Sabres were no match for the Red Wings on Saturday night at Little Caesars Arena, as Detroit defended their home ice to the tune of a 4-0 shutout win. Kyle Powell has a complete game recap:
NHL・1 DAY AGO
CBS Miami

SUNRISE (CBSMiami) – As the Panthers begin a new week, it’s the same old story. The Cats are the best team in hockey. And the team doesn’t just beat opponents, they dominate. Florida is on the best offensive run over the last eight games the NHL has seen in more than a quarter century. Overall, the Panthers are 8-0-1 in their last nine games and are outscoring opponents by more than double. Now, the Cats hit the road. We Want 10 If you have been to a Panthers game the last few weeks, you heard the chant. If you watched games, you heard it...
NHL・20 HOURS AGO
Sportsnaut

The Colorado Avalanche have been living dangerously since returning from a seven-game hiatus due to coronavirus issues. Colorado has won
NHL・20 HOURS AGO