Rose Ayling-Ellis: Who is the Strictly Come Dancing 2021 contestant and what is she famous for? 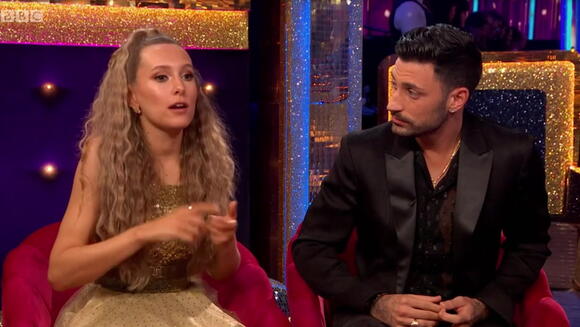 Rose Ayling-Ellis is making history as the first deaf contestant to compete on Strictly Come Dancing .

The 26-year-old is used to smashing records, having become the first deaf actor on EastEnders when she joined the soap in May 2020, playing Frankie Lewis – the daughter of Danny Dyer’s Mick Carter.

She first became interested in acting as a child, starring in the award-winning short film The End in 2011 from deaf director Ted Evans.

She later joined the Deafinitely Youth Theatre, before performing in a number of stage productions at the National Theatre and Manchester’s Royal Exchange.

On TV, she’s appeared in Casualty and Summer of Rockets , as well as starring in a music video for boy band The Vamps.

Upon the news of her casting in this year’s series of Strictly, some fans wondered if she would be at a disadvantage due to the dancers’ need to follow the live band and dance in time to the beat.

However, in a recent interview, Ayling-Ellis said that she hopes to challenge assumptions about deaf people and music .

“A lot of people think that deaf people can’t hear the music, enjoy the music, and enjoy dancing, so I thought it would be a good platform for me to break that stereotype,” she said.

“It’s a common misconception that deaf people can’t enjoy music. I have a hearing aid, so I pick up some of the music and I can hear the beat. I can hear someone singing, but I can’t identify exact words. I can also feel the vibrations.”

Strictly producers have also been working with Ayling-Ellis to ensure her needs are met on the show, with many learning British Sign Language .

Ayling-Ellis admitted that being the first deaf contestant was “exciting” and “a little bit scary”.

“It is the hardest secret I have ever had to keep so it feels amazing to finally have this out in the open,” she said.

“I hope I will do the deaf community proud and break down more barriers. But I am also very excited to learn an incredible new skill and even better I get to learn whilst wearing beautiful dresses made especially for me!”

Oti Mabuse has made some cryptic comments about her future as a Strictly Come Dancing professional now that she's joined Dancing on Ice as a judge. The last year has seen Oti load up her schedule with ITV projects, including presenting an upcoming dating show and joining The Masked Dancer as a judge as well.
CELEBRITIES・13 DAYS AGO
prima.co.uk

Strictly Come Dancing's 2022 tour is about to kick off, with most of last year's cast taking to the dancefloor again, alongside a few faces from the 2020 series. We knew that Janette Manrara would be hosting the live shows, following her successful first series as the new host of Strictly Come Dancing: It Takes Two, but now she's revealed that she is also going to bust some moves as well.
THEATER & DANCE・13 DAYS AGO
ohmymag.co.uk

While her on-screen dad Danny Dyer announced he will be leaving EastEnders later this year, Strictly star Rose Ayling-Ellis will soon be making a return to Walford. Some fans feared that Rose would not return to the soap after her phenomenal success on Strictly Come Dancing - but Rose has already returned to filming.
CELEBRITIES・14 DAYS AGO
Indy100

The Strictly Come Dancing live tour shows will all have British Sign Language (BSL) interpreters, following a campaign by show champion Rose Ayling-Ellis. Professional dancer Janette Manrara, who stars in the show and will host the tour, said the changes will ensure that “everyone feels included” and is able to enjoy the performances.
CELEBRITIES・13 DAYS AGO

EastEnders star Rose Ayling-Ellis is back on the soap set for filming after her historic Strictly Come Dancing win in December. Appearing on Tuesday's (January 11) This Morning alongside her professional dance partner Giovanni Pernice, Rose revealed that she has been back shooting new scenes already. "My first day back...
CELEBRITIES・14 DAYS AGO
prima.co.uk

Strictly Come Dancing sensation AJ Odudu has announced a new TV project. A month on from a serious ankle injury that forced her out of the ballroom competition's grand final and its arena tour, AJ confirmed that she's flying to Vietnam to work on a new show. Uploading an airport...
TV & VIDEOS・9 DAYS AGO
prima.co.uk

Strictly Come Dancing professional Nikita Kuzmin has been forced to pull out of the Strictly live tour after testing positive for coronavirus. The professional dancer and choreographer, who partnered with Tilly Ramsay in the latest series of Strictly, shared the disappointing news on Instagram yesterday (January 20). Alongside a photo...
THEATER & DANCE・5 DAYS AGO
Cosmopolitan

It’s hard not to remember Rose Ayling-Ellis and partner Giovanni Pernice’s history-making Strictly win at the end of last year. The Eastender’s actress was the first deaf contestant on the show, and fans were quick to praise the series for being the most diverse final Strictly had ever seen.
THEATER & DANCE・3 DAYS AGO

Rose Ayling-Ellis' Strictly Come Dancing co-star Sara Davies has taken to Instagram to praise the EastEnders actress for making an amazing change to the upcoming dance tour. Sharing a snap of herself with Rose alongside their fellow cast members for the tour, including Maisie Smith and Johannes Rabede, she wrote: "As if I needed another reason to be prouder of the brilliant and talented @rose.a.e! The @strictlycomedancinglive tour has announced it will feature a British Sign Language (BSL) interpreter - inspired by Rose, who made history as the show’s first ever deaf contestant!
CELEBRITIES・8 DAYS AGO
digitalspy.com

Emmerdale star and Strictly Come Dancing winner Kelvin Fletcher has shared the exciting news that he and his wife Liz are expecting twins. The couple confirmed in December that Liz was pregnant with their third child and they have now revealed that their fourth baby is also on the way.
THEATER & DANCE・9 DAYS AGO
Hello Magazine

Now that Strictly Come Dancing is almost over for another year (we've still got the Strictly tour to look forward to!), it's time to look ahead to the 2022 series - and we may have our first contestant already. Following his dancefloor debut in last year's Strictly Christmas Special, The...
TV SHOWS・1 DAY AGO
Hello Magazine

The Strictly Come Dancing cast were one happy bunch on Thursday as they kicked off their nationwide Arena Tour, and thankfully, documented the exciting day on social. The professional dancers and celebrities were dressed to the nines in glittery outfits, with gorgeous hair, impeccable makeup and impressive fake tans – but one dancer suffered a major setback moments before the show started in Birmingham.
CELEBRITIES・5 DAYS AGO

On Tuesday, the Strictly Come Dancing stars were finalising the last touches ahead of their Nationwide Arena Tour – but host Janette Manrara was left confused after a last-minute change. Taking to her Instagram Stories, Aljaz Skorjanec's wife began filming backstage as Tilly Ramsay, who will be partnered with...
THEATER & DANCE・7 DAYS AGO
Telegraph

“We have spent two long years in the darkness,” said Bruno Tonioli. “Now the lights are back on.” They were indeed. I counted 10 glitterballs spinning above the dancefloor. Strobes flashed, flames belched and sparks flew. This was a dazzling comeback for Strictly Come Dancing Live, illuminated by glamour and goodwill.
TV & VIDEOS・3 DAYS AGO
Hello Magazine

Dancing on Ice judge and Diversity star Ashley Banjo has been a familiar face on screens for over a decade now. But what do you know about Ashley's equally famous younger brother, Jordan Banjo? Keep reading to find out more about him…. Both Ashley, 33, and Jordan, 29, rose to...
TV SHOWS・3 DAYS AGO
Hello Magazine

Strictly Come Dancing pros have been touring the country since last week and delighting fans with their incredible show. Unfortunately, there was one dancer who had to miss out on week one of the tour. Nikita Kuzmin was forced to pull out after receiving a positive Covid-19 diagnosis - but on Tuesday he was welcomed back with open arms.
THEATER & DANCE・18 HOURS AGO
The Independent

Masked Singer UK: Who are the mystery contestants? All the latest clues

The most bizarre competition series in the world, The Masked Singer, is back on ITV every Saturday night.The show returned to our screens on New Year’s Day, with a new group of celebrities performing from inside giant costumes in a bid to outwit judges Davina McCall, Jonathan Ross, Rita Ora and Mo Gilligan.Here’s a line-up of the mystery contestants and what we know about them so far. Scroll to the bottom of the page to see the celebrities who have been revealed already.MushroomMushroom was the first contestant to perform during the opening show, during which she treated fans to...
TV SHOWS・1 DAY AGO
Hello Magazine

Johannes Radebe has opened up about the tragic circumstances which prompted a conversation with his mother about his sexuality. While speaking about his upcoming solo tour, Freedom, on the podcast Reign with Josh Smith, the Strictly star revealed that his friend was murdered in a homophobic attack. He explained: "I...
THEATER & DANCE・7 DAYS AGO
The Independent

Oti Mabuse has responded to rumours that she is leaving Strictly Come Dancing.The ballroom dancer and double Strictly champion was recently named as a judge on the new series of Dancing on Ice.Mabuse will appear alongside returning judges Jane Torvill, Christopher Dean and Ashley Banjo.Speaking to The Mirror ahead of the series launch on Sunday (16 January), Mabuse said that an announcement would be made about her future on Strictly soon.“There will be an announcement that will be made later, but for me, as a person in entertainment, I really want to learn and grow and I want a...
CELEBRITIES・12 DAYS AGO
Hello Magazine

Brendan Cole is one of many celebrities taking to the ice rink this year in a bid to win the latest series of Dancing on Ice - but he's not the only former Strictly star to swap his dancing shoes for skates. Ahead of the live show on Sunday, Brendan...
CELEBRITIES・12 DAYS AGO