Liverpool vs Southampton prediction: How will Premier League fixture play out today? 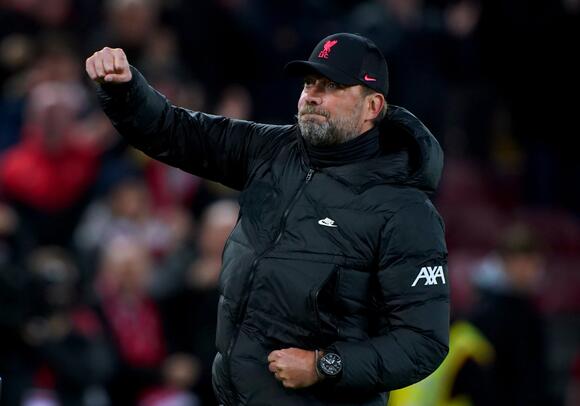 Liverpool will attempt to continue their fine home form when they host Southampton at Anfield on Saturday.

The Reds are 15 unbeaten in succession on home soil in all competitions since their dreadful run of six straight defeats at the start of 2021, with the latest of those coming in midweek, winning against Porto in the Champions League .

They are up to third in the Premier League table, while Saints are 13th after recently embarking on a four-match unbeaten run of their own - which was then ended by Norwich City last time out .

Ralph Hasenhuttl has only emerged victorious once in the five occasions he and Jurgen Klopp have met while at these two clubs, with the German boss winning those other four encounters.

When is the game?

The match is set to kick off at 3pm GMT on Saturday, 27 November at Anfield.

This fixture is not set for broadcast on TV or via an online stream in the UK due to blackout laws being reintroduced for the 2021/22 season.

What was the team news?

Liverpool have Jordan Henderson, Divock Origi, James Milner and Andy Robertson back from injury after the latter three missed last weekend’s win over Arsenal. All four came off the bench in midweek. Diogo Jota missed that match against Porto but could return here, while Roberto Firmino, Joe Gomez and Harvey Elliott are longer-term absentees. Midfielders Curtis Jones and Naby Keita are both being monitored week-to-week, but are not thought to be ready to return yet.

Saints have been failing to find the net too often this season, averaging fewer than a goal a game. Against hosts who have scored at least twice every match for 16 games in a row - equalling an 82-year-old record in doing so - it seems unlikely they’ll do enough to claim any points. Liverpool 3-0 Southampton .

You would think that after signing the Champions League’s all-time leading goalscorer, a four-time winner with Real Madrid and a 21-year-old prodigy who has played in its knockout stages twice already, Manchester United would be well on their way to achieving a top-four finish by now. If only it were so simple.This season was supposed to see the first serious title challenge at Old Trafford. It has instead resulted in Ole Gunnar Solskjaer’s departure, a bloated and unsettled squad, and the appointment of an interim manager who now has about four months to turn results around and meet the minimum...
PREMIER LEAGUE・2 DAYS AGO
The Guardian

Look back on all the football news in the Premier League and beyond with our weekend football countdown
PREMIER LEAGUE・2 DAYS AGO
90min.com

Liverpool host Brentford in the Premier League as the Reds look to strengthen their Premier League title bid. Jurgen Klopp's side currently trail leaders Man City by 11 points with a game in hand heading into this weekend after a brief wobble. The Reds have won just once in normal...
PREMIER LEAGUE・2 DAYS AGO

Wolves host Southampton on Saturday afternoon, hoping to continue what has been a good run of form in recent weeks. Their 3-0 victory over Sheffield United last time out not only secured a place in the fourth round of the FA Cup, but was also a third win in four - in which time they've beaten Manchester United at Old Trafford and held Chelsea to a 0-0 draw.
PREMIER LEAGUE・2 DAYS AGO
The Independent

Brentford boss Thomas Frank has backed Ivan Toney to give Liverpool’s Virgil Van Dijk another good battle on Sunday.The Bees forward produced a superb display in the last meeting between the clubs in September, grabbing an assist and generally being a constant thorn in the Reds defence’s side with his aerial presence.While Toney largely got the better of Van Dijk in the 3-3 draw, the Dutch centre-back did produce a game-saving tackle late on to deny the former Peterborough striker a potential winning goal.Ahead of Sunday’s trip to Anfield, Frank said with a smile: “Virgil is a decent defender so it...
PREMIER LEAGUE・1 DAY AGO
SB Nation

Liverpool need a win to bolster their confidence after their laughable scoreless draw against a 10-man Arsenal on Thursday evening. It turns out that a Liverpool attack, already low on confidence, and now without Mohamed Salah and Sadio Mane, didn’t make the most effective weapon. No balls seemed to find their way near the Arsenal goal, and the whole affair felt like a frustrating 90 minute slog.
PREMIER LEAGUE・1 DAY AGO
San Diego Union-Tribune

Liverpool manager Jurgen Klopp has had “a long talk” with Curtis Jones as he believes it is now time for the academy graduate to step up and start fulfilling his potential.The 20-year-old has endured a difficult time since October, with a freak eye injury in training being followed by a Covid-enforced absence.However, he had previously shown flashes of his brilliance, dominating the game in the 5-1 Champions League win over Porto, and with Mohamed Salah and Sadio Mane – at the Africa Cup of Nations – and hip-injury victim Thiago Alcantara all absent his creativity could be an important factor...
PREMIER LEAGUE・22 HOURS AGO

Rafael Benitez was sacked as Everton manager on Sunday after just 200 days in charge of the struggling Premier League club with former player Wayne Rooney tipped as favourite to take over. Former Everton forward Rooney, currently impressing as manager of second tier Derby, is the bookmakers' favourite to replace Benitez.
PREMIER LEAGUE・2 HOURS AGO
The Independent

Liverpool manager Jurgen Klopp hopes the fact this season is far from normal will give his side a chance of reeling in Premier League defending champions Manchester City at the top of table.A comfortable 3-0 victory over Brentford secured a first league win since mid-December and closed the gap to 11 points with a match in hand.Klopp concedes in any other year that sort of lead would be unassailable but in a campaign being stretched by Covid-19, injuries and match postponements, he believes there remains a glimmer of optimism.“We don’t have to convince anyone outside to believe. If they want...
PREMIER LEAGUE・8 HOURS AGO
The Independent