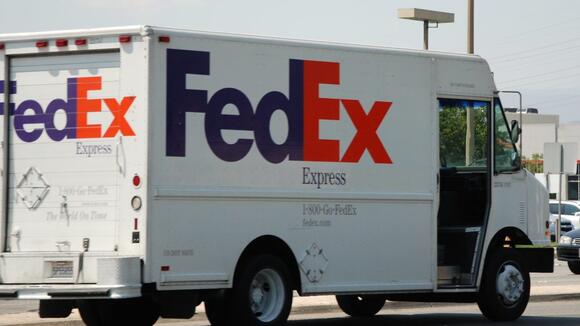 PARK CITY, Utah — Summit County Sheriff Department deputies were dispatched on a traffic accident where a FedEx truck was coming down Olympic Pkwy, lost control, and flipped the truck onto its side on Monday.

There was no injury to the driver and after the investigation, he was cited for failure to operate in one lane and was released.

The road was designed for optimal auto and pedestrian traffic to allow for tens of thousands of spectators to walk up during the Salt Lake 2002 Olympics. The fields below, which are currently embroiled in the controversial Dakota Pacific development, were the location of full parking lots during the Games. Once they reached the top, the walkers were gifted a highly-coveted Olympic pin for their accomplishment.

PARK CITY, Utah — 2022 season passes for the Wasatch Trail Run Series are now available for purchase. 12 races in total are being offered this year, an increase from […]
PARK CITY, UT・11 HOURS AGO
TownLift

Stevens Pass customers offered discount if they renew for next season

SKYKOMISH, Wash. — After more than 200 consumer complaints were filed with the Washington State Attorney General’s Office regarding the maintenance of Stevens Pass Ski Resort in Washington, parent company […]
9 HOURS AGO
TownLift

Snowmobiler dies in Summit County after falling and hitting tree

SUMMIT COUNTY, Utah — A 67-year-old woman from Delaware was pronounced dead on Monday after a snowmobile accident on Sunday in the Soapstone area near Samak in Summit County, according […]
SUMMIT COUNTY, UT・2 DAYS AGO
TownLift

PARK CITY, Utah — The University of Utah Ski team competed in the Utah Invitational on Tuesday afternoon at Park City Resort, easily clinching the competition with a total of […]
12 HOURS AGO

Ski Jumper Anna Hoffmann tells her mom that she made the U.S. Olympic Team

PARK CITY, Utah — U.S. Ski jumper and University of Utah student Anna Hoffmann had her Olympic dreams realized on Monday afternoon as she received an email, notifying her that […]
PARK CITY, UT・7 HOURS AGO
TownLift

ALTA, Utah — A missing skier was pronounced dead on Thursday morning after a search and rescue operation in the backcountry Grizzly Gulch skiing area, according to Fox13. The body […]
6 DAYS AGO

ALTA, Utah — Alta Ski Area is planning to replace the Sunnyside lift with a new, six-pack detachable lift during the summer of 2022, according to documents filed with the […]
SUNNYSIDE, UT・7 DAYS AGO
TownLift

PARK CITY, Utah — Since January 8, officers with the Utah Division of Wildlife Resources (DWR) have relocated over a dozen moose, most of which were found wandering near Interstate […]
PARK CITY, UT・8 DAYS AGO
TownLift

PARK CITY, Utah — A woman was skiing with her husband at Canyons Village last week when she saw a moose running up the Echo run near the Super Condor […]
9 DAYS AGO
TownLift

Park City knows how to après

PARK CITY, Utah – Winter sports enthusiasts from across the country and all over the globe travel to Park City for its skiing. Is it truly a ski day if […]
PARK CITY, UT・7 DAYS AGO

Calls for service to the Park City Police Department (PCPD) and the Summit County Sheriff’s Office (SCSO) for the week of January 10 – 16. MONDAY: PCPD – Officers arrested […]
9 DAYS AGO
TownLift

The people in the hot air balloon may be letting this weekend fly by, but they wouldn’t have it any other way. They’re getting a rare birds-eye-view of the rare […]
PARK CITY, UT・10 DAYS AGO
TownLift

PARK CITY, Utah — Park City Professional Ski Patrol Association (PCPSPA) voted in favor of the contract that was brought to a vote after a 15-hour bargaining session with Vail […]
PARK CITY, UT・11 DAYS AGO
TownLift

SALT LAKE CITY — An investigation has found that Utah police made “several unintentional mistakes” when they stopped Gabby Petito and her boyfriend before she was killed in what became […]
SALT LAKE CITY, UT・12 DAYS AGO