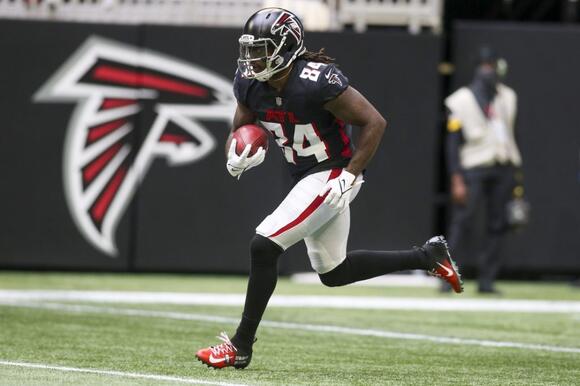 Recent detours put the Atlanta Falcons near a dead end in the NFC South.

They certainly can’t afford another wayward turn when they visit the Jacksonville Jaguars on Sunday afternoon.

“We’ve played, at times, good enough to win four games,” Falcons coach Arthur Smith said. “But not enough to be on the other side of .500.”

The last-place teams in their respective divisions are not one in the same. The Falcons (2-6) are strangely within striking distance of a playoff spot if they can string together some wins. 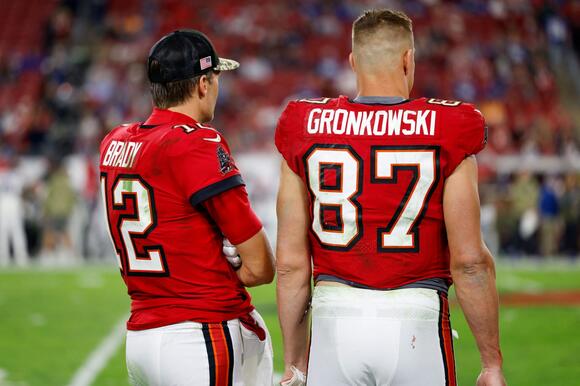 Atlanta has dropped back-to-back games, but the biggest concern comes with the offense. The Falcons didn’t generate a touchdown against either Dallas or New England.

The Falcons have had extra time to prepare as they played the Patriots on Nov. 18.

Smith’s comment implies the Falcons might be using the extra time between games to retool aspects of the offensive play-calling. They might have become too easy to scout, putting themselves in too many undesirable third-down situations.

“We’ve got to be more efficient,” Smith said.

The numbers for quarterback Matt Ryan aren’t enough to create great confidence. He has 15 touchdown throws and 10 interceptions, while he has been sacked 20 times.

The top rusher is Cordarrelle Patterson with 303 yards, but the versatile former wide receiver is coming off an ankle injury. He didn’t play in the New England game and could still be limited this week.

“That’s our focus on improvement and make sure we have the lineup correct,” Jaguars coach Urban Meyer said.

The Jaguars have scored four touchdowns the past four games. They’ve trailed by double digits when each of those touchdowns has been posted.

Jacksonville hasn’t been able to replenish multiple areas of production.

“Whenever someone goes down, someone else has to pick up that flag and go harder and we’re not getting that right now,” Meyer said.

Jacksonville tight end Dan Arnold averaged more than four catches a game since he joined the team in a trade with the Carolina Panthers. Last week against the San Francisco 49ers, rookie quarterback Trevor Lawrence didn’t throw in his direction.

Still, Meyer said the most recent game was one of the best for Lawrence based on efficiency and the lack of large mistakes. 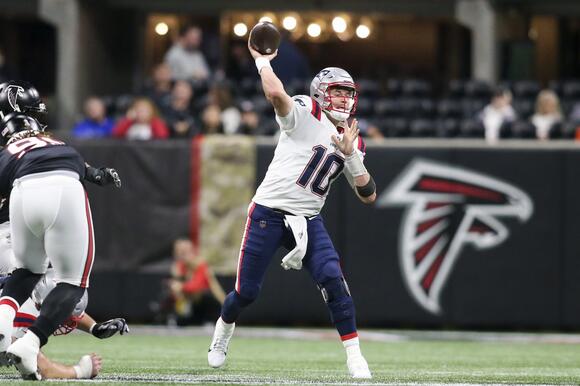 “We want to have more explosive plays,” Lawrence said.

Now the point production might become more difficult because the Jaguars have lost receiver Jamal Agnew, who owns the teams three longest plays of the season, as he was placed on injured reserve with a hip injury this week. He had been crucial on special teams, with two long returns for touchdowns.

Jacksonville needs to replace Agnew on kickoff and punt returns along with his receiver’s role. The Jaguars signed receiver Jaydon Mickens off the Tampa Bay practice squad.

Jacksonville stands a pair of three-point victories away from holding a winless record.

“We just have to put it together in all areas and we’re not (doing that) right now,” Meyer said. “There’s no simple solution.”

The Jaguars’ defense has shown encouraging signs in becoming a building block, Meyer said. Yet that unit has been dented with cornerback Shaq Griffin in the concussion protocol.

The idea of the Falcons employing "another Terrell'' is an alluring one indeed.
NFL・2 DAYS AGO
FanSided

Calvin Ridley isn’t the only core Atlanta Falcons player whose future with the team is a bit murky headed into the off-season. Deion Jones and Calvin Ridley are both scheduled to be among the top five Atlanta highest cap hits in 2022. The difference between Jones and Ridley is...
NFL・2 DAYS AGO
Falcon Report

Cordarrelle Patterson is coming off the best season of his career after signing with the Falcons last spring. The do-it-all Patterson reinvented himself within Arthur Smith’s offense and is heading into free agency with the most lucrative deal of his career on the horizon. However, Patteson hasn’t minced words...
NFL・2 DAYS AGO
Sportsnaut

A look at the 2021 Fantasy Football scoring leaders for the New Orleans Saints.
NFL・2 DAYS AGO

The Top 10 plays of 2021 for the Atlanta Falcons include heavy dose of Kyle Pitts and Cordarrelle Patterson.
NFL・2 DAYS AGO
Falcon Report

Losing stinks but it’s an inherent part of the NFL and even the best teams lose one or two games per season. Think about it, only one team has had a perfect season in the history of the league and that was the Miami Dolphins back in 1972. The New England Patriots came darn close in 2007 but ended up falling to the New York Giants in Super Bowl 42. The point is that you need to come to terms with losing, take the L and move one.
NFL・10 HOURS AGO
FanSided

Should the Atlanta Falcons entertain a trade for Baker Mayfield?

The Atlanta Falcons will face questions at the quarterback position this off-season after a down year from veteran Matt Ryan. Despite a massive dead cap hit rumors have already swirled around Ryan and the Steelers. Another quarterback that will be facing a lot of questions this off-season is Baker Mayfield....
NFL・14 HOURS AGO
Falcon Report

NFL Network reporter Mike Garafalo believes a trade is in the works for the Falcons and Ridley.
NFL・15 HOURS AGO
FanSided

For an Atlanta Falcons franchise that has had questions seemingly about every position, there is one player who is underappreciated. Whether it is questioning Matt Ryan or wondering if Deion Jones or Grady Jarrett are worth their cap hits few players have escaped blame in the mess that has been the Atlanta Falcons over the last two seasons.
NFL・10 HOURS AGO
Pewter Report

The Bucs continue to tinker with their roster in advance of this season’s playoffs. On Thursday, they added another piece in veteran speedster John Brown to their practice squad. The signing of Brown reunites him with head coach Bruce Arians, who drafted Brown in the third round of the...
NFL・2 DAYS AGO
Sportsnaut

Super Bowl 2022: The Tampa Bay Buccaneers are the reigning NFL champions, but who'll make the playoffs — and lift the Lombardi Trophy at the end of this season?
NFL・4 HOURS AGO