Should the Phillies Make This Huge Trade Splash? 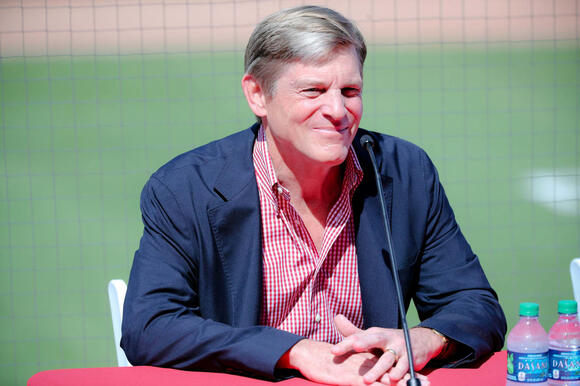 One All-Star center fielder has reportedly caught the attention of the Philadelphia Phillies.

The Philadelphia Phillies have holes to fill this offseason. The 2022 season and the primes of Bryce Harper and J.T. Realmuto depend on it. That's why some have mentioned that the Phillies could be a darkhorse when it comes to signing a big name free agent.

However, one thing is almost certain: Philadelphia will make a move and a trade seems to be the likely scenario in obtaining said talent.

One player that is reportedly of trade interest to the Phillies is Pittsburgh Pirates center fielder Bryan Reynolds. According to Jim Bowden of The Athletic , Philadelphia has been "aggressively" pursuing the center fielder.

Prying Reynolds from the Pirates would take a king's ransom, but the Phillies have the prospects to make it happen. Young players like Mick Abel, Bryson Stott, and Rafael Marchan all have trade value.

Whether or not Philadelphia wants to part with players like that are a different story. Yet, two things are for certain. The first is that President of Baseball Operations Dave Dombrowski is incredibly aggressive. The second is that Reynolds is an incredible player, a type that the three prospects named above may never, and likely, will never become.

In 2021, Reynolds was named an All-Star for the first time in his career. He slashed .303/.390/.522 and his .303 average was good enough for twelfth in the entire MLB. None of that even mentions his defensive prowess in center field, a dire need for the Phillies. Of all qualified center fielders, Reynolds' .994 fielding-percentage was the third highest in all of baseball.

Reynolds, at just 24-years-old, is only seeing his stock rise. He is under team control through 2025. He is exactly what the Phillies need and would make a great fit. One only needs to imagine what an outfield of Harper and Reynolds would look like to make their mouth water.

This is one of those reports/rumors that seems like it could have some merit to it. This is the type of player the Phillies are looking for: Impact bat, fantastic defense in center, controllable, and cheap. But, you may have to give up the farm for them.

However, if the front office pulls this off, it does allow for them to spend real money in free agency for more impact players.

The franchise could be all in.

Inside the Phillies fielded mailbag questions while the MLB lockout is in full force.
MLB・2 DAYS AGO
Inside The Phillies

Jean Segura doesn't put up flashy numbers or make dazzling defensive plays, but all together he is one of the most well-rounded players in the National League.
MLB・19 HOURS AGO

Alec Bohm was one of the league's worst fielders in 2021. As trade rumors swirl this offseason, it would mean a lot for the Phillies if Bohm could put a hammerlock on his natural position.
MLB・21 HOURS AGO
FanSided

Former Cubs, Yankees, Marlins and Brewers pitcher Sergio Mitre is headed to prison for 40-60 years after he was convicted of femicide in Mexico, stemming from a 2020 incident in which he raped and murdered his ex-girlfriend’s daughter. Mitre was initially arrested in mid-2020 after the 22-month old infant...
CHICAGO, IL・2 DAYS AGO
Sportsnaut

One of the first black superstars in Philadelphia Phillies history, today we remember the legendary career of Dick Allen.
MLB・2 DAYS AGO
Sports Illustrated

Frequent Buck Showalter collaborator Brian Butterfield was briefly considered for a role on the Mets’ coaching staff but was turned down for his refusal to get vaccinated.
MLB・2 DAYS AGO
Audacy

The Cincinnati Reds are a part of MLB history, widely recognized as one of the most storied franchises in baseball.
NFL・2 DAYS AGO
Inside The Dodgers

The Dodgers catcher explained how he approaches the highs and lows of a MLB season.
MLB・1 DAY AGO
USA TODAY

USA TODAY Sports broke down the 12 most intriguing cases on the ballot, with all you need to know heading into Tuesday’s momentous announcement.
MLB・1 DAY AGO
Sports Illustrated

This is the last Five-Tool Newsletter before the results of the BBWAA Hall of Fame election are announced, so I’ll be revealing my hypothetical ballot today. Sure, it has no bearing on the actual process, but it’s fun. And as the lockout drags on, there aren’t too many better things to talk about. ...
NFL・2 DAYS AGO
USA TODAY