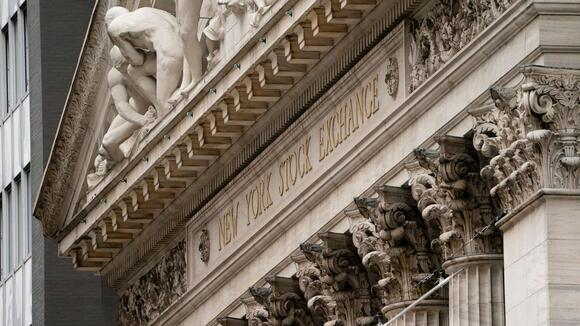 The Dow Jones Industrial Average sank more than 900 points on Friday over concerns about the spread of the new COVID-19 variant detected in South Africa.

Anxiety among investors grew as countries ramped up responses to the variant, called B.1.1.529, first detected in Botswana. The United Kingdom and European Union quickly moved to propose travel restrictions to southern Africa, while new cases of the variant were found as far away as Hong Kong, Belgium and Israel.

MORE: What to know about new COVID-19 variant detected in southern Africa

Trading ends early on Black Friday, often the slowest day of the year. Fewer trades can mean increased volatility, and at one point the Dow had fallen more than 1,000 points.

Global health authorities have now confirmed 87 cases -- 77 in South Africa, six in Botswana, two in Hong Kong and one each in Israel and Belgium -- and said they're expecting hundreds more diagnoses.

Over the summer, markets tumbled as the delta variant spread throughout the U.S.

"Investors are likely to shoot first and ask questions later until more is known," Jeffrey Halley, a senior market analyst for Asia Pacific at Oanda, a foreign trading company, wrote in a report, according to The Associated Press .

Investors are worried that supply chains already stretched thin may suffer further as the new variant spreads, potentially threatening more labor shortages, according to the AP. The variant also is putting pressure on central banks, which are contemplating whether to raise interest rates to stave off rising inflation.

Shares were mixed in Asia on Monday after China reported that its economy expanded at an 8.1% annual pace in 2021, though growth slowed to half that level in the last quarter.Tokyo, Shanghai and Sydney rose, while Hong Kong and Seoul declined. The weakness in China's economy toward the end of 2021 is prompting suggestions Beijing should intervene to prop up growth with interest rate cuts or by injecting money into the economy through public works spending.Shortly before the growth data were released, the Chinese central bank announced a rate cut on medium-lending to commercial banks to the lowest...
ECONOMY・10 HOURS AGO
The Guardian

Goods imports from Great Britain have dropped by more than a fifth since Brexit figures show.The latest numbers from the Central Statistics Office (CSO) show that the value of goods imports from Great Britain fell by almost 3.3 billion euro (£2.75 billion) from January to November last year.Meanwhile, goods exports to Great Britain in the first 11 months of last year was 13.4 billion (£11.2 billion), an increase of more than 20%.Exports from Britain to Ireland in November last year also increased by more than 16% compared to November 2020.Seasonally adjusted goods trade imports increased by €340 million in...
ECONOMY・2 HOURS AGO
Markets Insider

US retail sales dropped 1.9% in December amid the Omicron surge and rising inflation, well below economists' expectations for a decline of only 0.1%.
STOCKS・3 DAYS AGO

China's economy expanded at its fastest pace for 10 years in 2021, according to an AFP poll of analysts, but its strong recovery from the Covid-19 pandemic is threatened by Omicron and a property sector slowdown. China's exports surged nearly 30 percent last year on solid global demand as countries reopened from pandemic lockdowns, boosting its stuttering economy.
PUBLIC HEALTH・2 DAYS AGO
The Independent

Investors ended the week on a cautious note with markets falling as fears build over just how much the US Federal Reserve will need to bump interest rates to combat rising inflation.Economic news from the US tends to filter down throughout Europe and the start of the country’s banking reporting season did little to calm nerves.This included the FTSE 100, which closed the day down 20.9 points, or 0.28%, at 7542.95 – although it was up on the start of the week.JPMorgan was the first US bank to announce results and said on Friday profits were strong, although investors...
STOCKS・3 DAYS AGO
leedaily.com

Covid 19 Ihu Variant: Who Says, “Don’t Be Concerned About the Covid-19 Variant in France”

According to the World Health Organization, a novel coronavirus strain recently discovered in France poses no immediate threat. The novel B.1.640.2 variety was detected in 12 people residing around Marseille in December, according to scientists at the IHU Mediterranee Infection Foundation in Marseille. The first patient tested positive after going to Cameroon in central Africa.
WORLD・9 DAYS AGO
YubaNet

SEATTLE/CAPETOWN, January 7, 2021 – In evaluating the asymptomatic carriage rate of SARS-CoV-2 in persons with no signs or symptoms of COVID-19 on the day of sampling in the Sisonke study, the asymptomatic SARS-CoV-2 carriage rate was 16%, using polymerase chain reaction testing from mid-November to Dec. 7, 2021. Our study, Ubuntu, showed 31% asymptomatic carriage (71 of 230 samples). Prior studies using similar sampling techniques during ancestral, beta and delta variants had rates between 1% and 2.6% – 7 to 12 times less.
PUBLIC HEALTH・9 DAYS AGO

(HealthDay)—In South Africa, the pattern of patients hospitalized with COVID-19 early in the fourth wave showed fewer hospitalizations and reduced severity of illness compared with earlier waves, according to a research letter published online Dec. 30 in the Journal of the American Medical Association. Caroline Maslo, M.D., Ph.D., from...
PUBLIC HEALTH・13 DAYS AGO
NBC San Diego

Stocks rose on Monday as investors began the new year by betting the economy could overcome the latest surge in Covid cases and lifted two of their favorite stocks to significant milestones. Apple shares gained to become the first company ever with a $3 trillion market valuation, and Tesla shares...
STOCKS・14 DAYS AGO
MarketWatch

China’s economy grew by 8.1% in 2021 but Beijing faces pressure to shore up activity after an abrupt slowdown in the second half.In the final three months of 2021, growth of the world’s second-largest economy sank to 4% over a year earlier, government data showed Monday. That was down from the previous quarter’s 4.9% and an eye-popping 18.3% in the first three months of 2021.China rebounded quickly from the coronavirus pandemic, but activity slowed under pressure from Beijing for real estate developers to cut debt levels deemed to be dangerously high. That caused a slump in sales and construction,...
ECONOMY・14 HOURS AGO
Newsweek

The banks say the major profit increases are due to improving economy and consumers, as well as businesses, willing to spend and take on loans.
MARKETS・2 DAYS AGO
MarketWatch

Weekend reads: How to invest amid higher inflation and as interest rates rise

Also, beautiful retirement locations for bicycling, retirement planning and how to prepare for a career move.
BUSINESS・2 DAYS AGO
Reuters

A senior European Central Bank official says that raising interest rates prematurely could “choke off the recovery,” comments that come as inflation in the 19-nation euro area has hit a record rate.The European Union s statistical office said Jan. 7 that the annual inflation rate rose to 5% in December — the highest level in the eurozone since recordkeeping began in 1997, breaking the previous record of 4.9% from November.That compounded pressure for the ECB to act on inflation since it has kept interest rates ultra-low to stimulate an economy recovering from the depths of the pandemic. At present,...
BUSINESS・2 DAYS AGO
Daily Mail

Mexican President López Obrador, 68, posts online video to say that his mild Omicron infection proves that the COVID variant is not as lethal as Delta

Mexican President Andrés Manuel López Obrador has claimed that he is living proof that the Omicron COVID-19 strain is not as lethal as the Delta variant. The 68-year-old leader made the claim in a video that aired Thursday morning while he remained in isolation after testing positive for the coronavirus earlier during the week.
PUBLIC HEALTH・2 DAYS AGO
Newsweek

When the Kazakhstan government shut down the internet it took 88,000 regional Bitcoin mines offline, causing the global hashrate to fall nearly 11%.
CURRENCIES・2 DAYS AGO