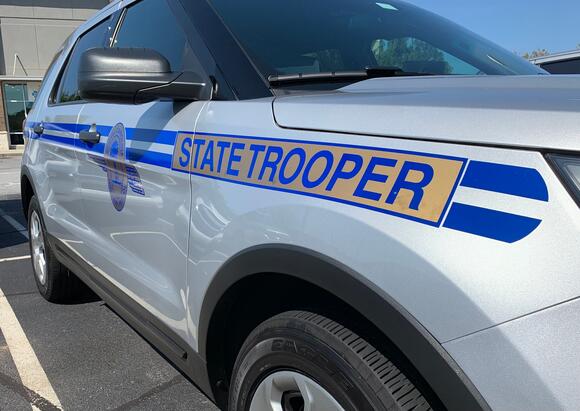 The holiday weekend has already seen multiple fatal crashes in the Upstate. The SC Highway Patrol is searching for a vehicle involved in a fatal hit and run on Wednesday. The crash happened around 1 AM in Pickens County, on Highway 178 near Harper Road. The Highway Patrol says, a Chevy Traverse hit and killed the driver of the moped. The deceased was not identified by the Highway Patrol. The Traverse is said to be between a 2013-2-17 model, the Highway Patrol said they had no further info on the suspect vehicle.

In Greenville County, A 17-year-old driver is charged with running a stop sign near Piedmont Wednesday night, causing the crash that threw another teen riding in the back of his pickup to his death. The teenager's truck was hit by another pickup in the intersection of Old Pelzer Road and Estes Plant Road.  The teen thrown from the bed of the pickup was pronounced dead at the scene of the accident shortly after 7:15 p.m. The Greenville County Coroner's office is withholding his identity for now.  The driver of the other pickup was also injured.

A wreck in Pickens County on Thanksgiving night, killed one person and resulted in resulted in felony charges. That crash happened around 6:45 PM on Midway and Log House Rd, just north of Pickens. 33 year old, Barney Lewis Trotter has been charged with felony DUI resulting in death, stemming from that wreck. The Highway Patrol says, Trotter hit a man riding a minibike from the rear causing the mini-bike to run off the road and hit an embankment. The driver of the mini-bike was killed in the crash, the identity of the deceased was not released by the Highway Patrol.

One person is dead following a two vehicle crash in Oconee County. The collision happened around 4:30 Thursday afternoon on Richland Drive, near Savage drive, one mile west of Seneca.
OCONEE COUNTY, SC・4 HOURS AGO
106.3 WORD

An arrest has been made following a shooting in Anderson County Wednesday evening. The Anderson County Sheriff’s Office has announced the arrest of Joey Chatham in connection with the incident.
ANDERSON COUNTY, SC・16 HOURS AGO
106.3 WORD

An investigation is underway following a shooting at an Upstate apartment building. The Greenville County Sheriff’s Office responded to a reported shooting at Eagle Trace Apartments on Lakeside Road just before 11 PM Wednesday night
GREENVILLE COUNTY, SC・16 HOURS AGO
106.3 WORD

A sleeping child is shot at a Greenville County apartment. The GCSO is investigating that shooting Tuesday night at a Berea apartment complex on Eunice Drive. Dispatchers got a 911 call at 11:40 p.m. regarding a child who was shot.
GREENVILLE COUNTY, SC・1 DAY AGO

The Anderson County coroner says the victim of that fatal collision in Belton Saturday night was a Simpsonville woman. Troopers say a car driven by 55-year-old Tina Hall was turning from a driveway onto Big Creek Road shortly after 7:00 PM.
BELTON, SC・3 DAYS AGO
106.3 WORD

An investigation is underway after a shooting in the Upstate. The Greenville County Sheriff’s Office responded to a reported shooting at 101 East Parker Road just before 9 PM Monday night.
GREENVILLE COUNTY, SC・2 DAYS AGO
106.3 WORD

One killed, two others injured in Laurens County crash

One person is dead and two more are injured following a crash in Laurens County over the weekend. The two vehicle collision happened around 9:40 Friday night on Highway 76 and Chestnut Bridge Road, just 2 miles west of Laurens.
LAURENS COUNTY, SC・5 DAYS AGO
106.3 WORD

Two people are dead following fatal crashes in the Upstate Thursday. The first collision happened in Spartanburg County around 3:30 PM. The Highway Patrol says the driver of a Chrysler minivan entered I-26 going the wrong way .
SPARTANBURG COUNTY, SC・6 DAYS AGO

Anderson County investigators are still trying to identify a man found dead in the aftermath of a fire in an abandoned building. The man had reportedly started a fire to keep warm in a building on Highway 143 and Sailors Crossing.
ANDERSON COUNTY, SC・3 DAYS AGO
106.3 WORD

A 26-year-old woman being held in the Oconee County lockup is charged with leading deputies on a hair-raising car chase spanning three counties early Thursday. The incident started just after 2:30 AM on White Horse Road in Greenville County.
OCONEE COUNTY, SC・6 DAYS AGO
106.3 WORD

Authorities in the Midlands say a plane crashed there Thursday. The Lexington County Sheriff’s Office says a small plane carrying two passengers crashed into Lake Murray near Gilbert, which is about 25 miles west of Columbia.
GILBERT, SC・7 DAYS AGO
106.3 WORD

There is potential winter weather in the forecast for the Upstate this weekend. Master Trooper Mitchell Ridgeway of the South Carolina Highway Patrol is no stranger to these situations.
PICKENS COUNTY, SC・7 DAYS AGO

A New Year’s eve crash has now turned fatal. A passenger in a two vehicle collision in Anderson County succumbed to injuries suffered in the crash.
POWDERSVILLE, SC・9 DAYS AGO
106.3 WORD

An investigation is underway following an Upstate shooting that left one person wounded. The Greenville County Sheriff’s Office responded to a reported shooting on Louisville Drive just after 11 PM Tuesday.
GREENVILLE COUNTY, SC・8 DAYS AGO
106.3 WORD

Murder suspect in custody after allegedly killing his father

A murder suspect is in custody after allegedly shooting and killing his father. The Greenville County Sheriff’s Office says 21 year old Aaron John Bruhn is charged in the murder of his father Jonathan Bruhn.
GREENVILLE, SC・9 DAYS AGO
106.3 WORD

The body of a missing Upstate man was found over the weekend. Over the weekend, the Greenville County Sheriff’s Office launched a search for the man. The body was later identified as the missing man, Gary Lance George.
GREENVILLE COUNTY, SC・10 DAYS AGO
106.3 WORD

The Spartanburg County Sheriff’s Office says a suspect is at large, following a shooting Friday night. Deputies responded about 8:30 Friday night after a gunshot victim arrived at the hospital via private vehicle.
SPARTANBURG COUNTY, SC・12 DAYS AGO