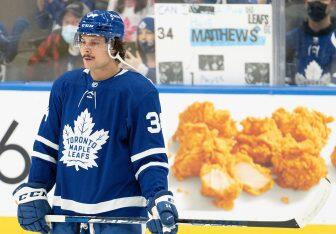 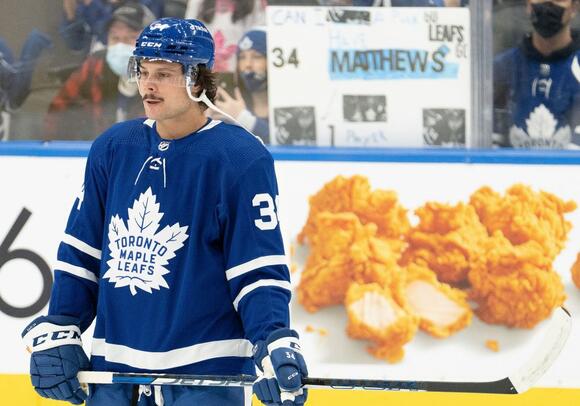 A lot of people, including his teammates, have a lot to say about Auston Matthews ‘ mustache. The Toronto Maple Leafs’ superstar forward has become synonymous with facial hair, as he’s sported it for a few seasons, making a scene in Canadian media in 2019.

But, he has finally decided to part ways with his trademark ‘stache, promising to do so if he raised over $134,000 for Movember . He made the pledge on October 28, a few days before Movember began, and Leafs fans came through.

On the evening of November 20, Matthews officially surpassed $134,000 (34 is the number Matthews wears on his jersey), and he will officially lose his mustache at the end of the month.

In his Mo-Museum , Auston Matthews calls himself a facial hair connoisseur, and notes that, while he made the same pledge last year, he did not quite reach his $134,000 goal, so his iconic facial hair remained.

“We’re so excited to be working alongside Auston Matthews to raise vital funds for men’s health,” said Todd Minerson, Country Director for Movember Canada in a statement. “Auston’s mustache is iconic. When you think of the NHL and mustaches, it’s one of the first that comes to mind. This is why it’s especially exciting for us to have Auston willing to put that trademark Mo on the line to help us raise awareness and funds for Movember during a year when conversations around men’s health have never been more important.”

Online, Auston Matthews stars in a video in which he stands contemplating his facial hair in a carefully curated Mo-Museum, one that he says he spent the last year curating, thinking about putting his mustache on the line.

Movember is the leading worldwide charity that specifically aims to change the face of men’s health. It has become known for raising funds and awareness for prostate cancer, testicular cancer and, more recently, mental health and suicide prevention.

In 2019, Sportsnet did a special asking what Auston Matthews’ teammates (some of whom still play on the team, like William Nylander, and some former teammates like Freddie Andersen and Zach Hyman) thought about his mustache and, while Nylander had a lot of praise for the mo, Hyman had a different opinion. Hyman had an issue with the thin, pencil-like outline of the stache, and noted that his wife would not be happy if he came home with a mustache like Matthews’.

Donations to Auston Matthews’ mustache and Movember campaign have exceeded $140,000, and donations are collected until the end of the month, until Matthews shaves his stache. Donations can be made to Matthews’ MoSpace , and those in Canada who donate $34 or more are automatically entered to win a signed CCM Auston Matthews stick. Terms of the CCM Movember contest are outlined on the charity’s website . The contest closes on November 30.

On the ice, Matthews is rebounding from a slow start to the season, performing well in the Leafs’ return to high-skill gameplay. He has five points in his last five games, 17 points through 18 games, and an average of about 20 minutes per game. The dynamic American forward is part of the Leafs’ core four, which also includes Mitch Marner, John Tavares, and Nylander.

The first overall pick in 2016 scored 41 goals in last year’s shortened campaign, and many Leafs fans are hoping he will echo his scoring ways in this year’s campaign as, with the divisions and matchups returning to normal, Auston Matthews and the Maple Leafs have some difficult competition in the Florida Panthers, Tampa Bay Lightning and Boston Bruins. 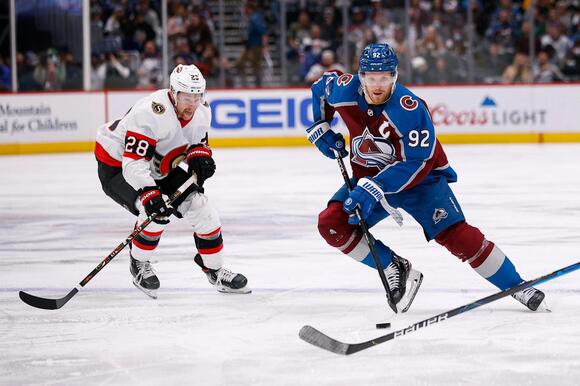 The NHL season officially started back on October 12. In this article, we track all the NHL games today as
NFL・21 HOURS AGO
Sportsnaut

Now that the 2021-22 season is about half of the way through, and Covid is ravaging many clubs, it’s time
NHL・14 HOURS AGO
USA TODAY

Vegas Golden Knights winger Reilly Smith is one of the hottest names leading up to the NHL trade deadline. With
NHL・1 DAY AGO

If you’re looking for fantasy hockey tips for the games ahead, you have come to the right place. As the
NHL・16 HOURS AGO
Itemlive.com

This past week, the Boston Bruins honored Willie O’Ree by retiring his No. 22 and lifting it high into the TD Garden rafters. But that is not enough. O’Ree was The post Minton: The NHL needs to retire Bruins legend Willie O’Ree’s number appeared first on Itemlive.
NHL・1 DAY AGO
93.7 The Fan

He said it initially it was a head-shot and after having time to watch it, Pens head coach Mike Sullivan questions why the league won’t punish the hit on Teddy Blueger
NHL・16 HOURS AGO
Chicago Tribune

Nazem Kadri and Mikko Rantanen scored, Pavel Francouz made 23 saves for his third career shutout and the Colorado Avalanche beat the Chicago Blackhawks 2-0 to extend their franchise-record home winning streak to 16 games
NHL・1 DAY AGO

Troy Terry scored his team-leading 23rd goal, Ryan Getzlaf had a goal and set up another, and the Anaheim Ducks cooled off the Boston Bruins with a 5-3 victory
NHL・1 DAY AGO
CBS Boston

BOSTON (CBS) — The Bruins will be a little shorthanded along the blue line as they wrap up a seven-game homestand. Defenseman Matt Grzelcyk will be sidelined on Monday night when the B’s welcome the Anaheim Ducks to TD Garden. Grzelcyk briefly left Saturday’s win over the Jets after being sent into the boards by Winnipeg’s Pierre-Luc Duboius in the first period. He did return to the game and finished with 13:35 of ice time, and was credited with an assist on David Pastrnak’s game-winning goal in the third period. Head coach Bruce Cassidy was cautiously optimistic that Grzelcyk avoided a serious...
NHL・1 DAY AGO
San Diego Union-Tribune

Connor McDavid scored with 23.4 seconds left in overtime, powering the Edmonton Oilers to a 3-2 comeback win over the Vancouver Canucks on Tuesday night
NHL・2 HOURS AGO
Sportsnaut

Sebastian Aho scored with 1:11 left in overtime to give the Carolina Hurricanes a 4-3 victory over the visiting Vegas
NHL・6 HOURS AGO