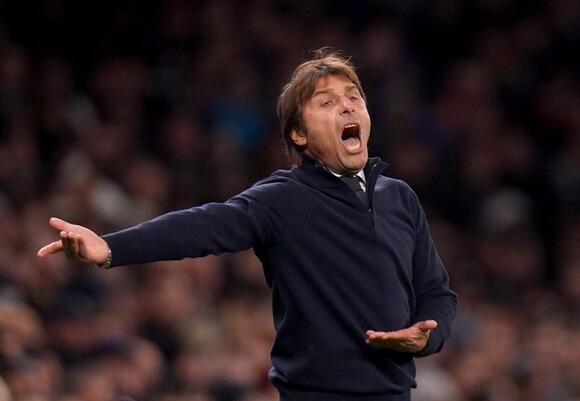 Antonio Conte said he is not a “magician” after the size of his task at Tottenham Hotspur was laid bare by Thursday night’s Europa Conference League embarrassment.

Spurs, Champions League finalists two-and-a-half years ago, were beaten by Slovenian minnows NK Mura – the lowest ranked club in the third-tier European competition who were only formed in 2012 and had lost all four of their previous games.

Here, we take a look at some of the tricks he has to pull off to turn Tottenham into a force.

Can he get some players to produce a disappearing act in the January transfer window? Conte could not have been more open about how he feels about the overall quality of the squad he has to work with after their Slovenian humiliation, insisting that “you can push a car at maximum level and sometimes it is not enough to be competitive”. There has been a rebuild going on for seemingly two years, but a lot of dead wood remains at the club and Conte will have seen that with his own eyes. The likes of Dele Alli Harry Winks, Matt Doherty, Davinson Sanchez have been long-term under-performers and the end of the road may be coming for them and Conte will hope some of them will perform a disappearing act in the January transfer window.

Can Fabio Paratici pull some rabbits out of the hat?

For those players to leave football managing director Fabio Paratici might also have to get in on the sorcery by trying to offload them in January as none of them are exactly saleable assets at the moment. But the Italian, who worked with Conte at Juventus, must find a way of refreshing the squad and giving his head coach a chance of working his magic. That could involve getting chairman Daniel Levy under his spell and convincing him to reinvest any funds received for players and maybe a bit more to try and bring in the calibre of player that Conte wants.

What does Conte have up his sleeve to turn this around? 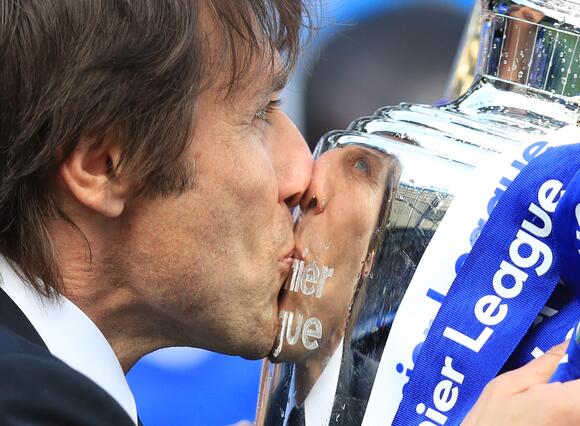 Conte is one of the best tacticians and training ground coaches in the world, which makes Tottenham’s coup to get him even more impressive. But in this instance, the former Chelsea man’s prop is hard work, saying: “The only magic I can do is to work. To bring work and work to improve, to bring my methods, my ideas of football.”

A blessing in disguise? 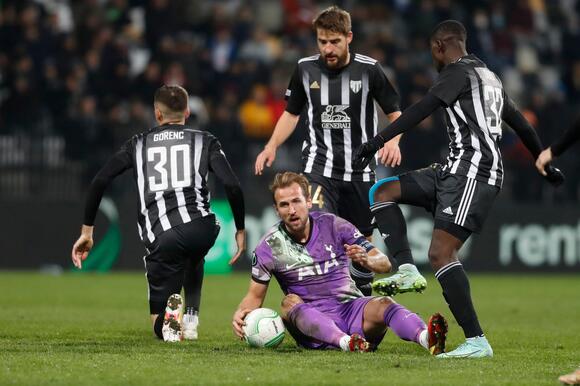 Conte is not helped by a frantic period where very little time will be spent on the training ground, trying to make this current squad better. Going forward, what would be an embarrassing exit from Europe’s third-tier competition might not be the worse thing, especially as if they do qualify they will have to play an extra knockout round.

Tottenham Hotspur could be set to part with Antonio Conte already, according to a former Spurs star. January has signalled the end of the honeymoon period for the Italian manager, with his unbeaten record in the Premier League coming to an end away at Chelsea at the weekend, defeat in both legs of the League Cup semi-final – also against the Blues – and very little activity in the transfer market.
PREMIER LEAGUE・2 DAYS AGO
The Independent

With eight minutes plus stoppage time remaining and Manchester United still searching for a winner against West Ham, some jeers could be heard when Mason Greenwood’s number flashed up. It was not the first time that Old Trafford has registered its displeasure with Greenwood’s removal recently. The same happened in the defeat to Wolverhampton Wanderers. This time was different, though. It was not so much about the player coming off as the one coming on.Anthony Martial had not played a single minute under Ralf Rangnick at that point. A week earlier, he had been absent from the match day squad...
PREMIER LEAGUE・2 DAYS AGO
San Diego Union-Tribune

Mikel Arteta bemoaned a “slow” and “leggy” Arsenal performance before casting doubt over any January signings as the Gunners were held to a goalless stalemate by Premier League bottom side Burnley The Clarets have seen a host of games postponed this month due to not having enough players available and fell to the foot of the table as their rivals were able to fulfil fixtures.Wins for fellow relegation candidates Norwich and Newcastle earlier in the weekend only heaped pressure on Burnley, but Sean Dyche’s side battled to a hard-fought point against a below-par Arsenal.The Gunners are still without a win...
PREMIER LEAGUE・2 DAYS AGO
The Independent

Sports stars and clubs across the world continue to provide an insight into their lives on social media.Here, the PA news agency looks at some of the best examples from January 25.FootballCristiano Ronaldo enjoyed the sun.Enjoy the view 😎 pic.twitter.com/w78enMjxPH— Cristiano Ronaldo (@Cristiano) January 25, 2022Daniel Sturridge was in isolation.3rd quarantine in 3 months 😒. Been ducking and dodging it but it got a hold of me dawg so It’s R and R time. Ill be back on the pitch again when I’m fully recovered. So annoyed right now but it is what it is. Have a blessed day my...
PREMIER LEAGUE・1 DAY AGO
San Diego Union-Tribune

Liverpool defender Nat Phillips is interesting two Premier League clubs and could leave before the end of the January transfer window.The club have already turned down a loan with an obligation to buy offer from Newcastle for the 23-year-old centre-back, having previously rejected a £7million bid from Watford.West Ham have also been linked with a move for the defender for some time.Phillips has featured on only three occasions this season – including a Champions League start against AC Milan at San Siro – due to the return to fitness of Virgil Van Dijk, Joel Matip and Joe Gomez and the...
PREMIER LEAGUE・11 HOURS AGO

Watford have announced the appointment of Roy Hodgson as their new manager.The former England boss, 74, will be joined at Vicarage Road by assistant Ray Lewington, who managed the Hornets from 2002 until 2005.Claudio Ranieri was sacked by the Premier League strugglers on Monday after only 16 weeks in charge following a nine-game run without a win.We are delighted to confirm the appointment of Roy Hodgson as the club's manager.Welcome to Watford, Roy!— Watford Football Club (@WatfordFC) January 25, 2022Hodgson is the Hornets’ 15th permanent manager in the last 10 years and their third this season following the dismissal of...
PREMIER LEAGUE・1 DAY AGO
San Diego Union-Tribune

Anthony Martial’s departure from Manchester United, on loan to Sevilla, has not come as a surprise to many - and certainly not to Rio Ferdinand.The former Monaco forward has been a bit-part player for the Premier League team for some time, featuring just eight times in the Premier League this season and scoring only once in all competitions for the Red Devils.He arrived with a big reputation and price tag and initially excited supporters, but inconsistent showings and being overshadowed by the likes of Marcus Rashford have left him on the fringes of the club, managing fewer than 400 minutes...
PREMIER LEAGUE・16 HOURS AGO
The Independent

What the papers sayTottenham’s Dele Alli is being watched closely by a number of Premier League teams, according to the Daily Mail. Brighton are reportedly joining Newcastle Burnley and Everton in the chase to sign the 25-year-old midfielder. And the Daily Echo adds that Southampton have expressed an interest too.The Mail also reports Newcastle have made an offer of roughly £30million for Lyon midfielder Bruno Guimaraes. The 24-year-old has been targeted by Arsenal and Juventus, but is yet to see offers from those clubs. The Magpies’ offer would make him their second-most expensive signing if successful.Tottenham have had a...
PREMIER LEAGUE・19 HOURS AGO

What the papers sayThe Daily Mail says Newcastle are chasing the signature of Brighton midfielder Yves Bissouma. It is believed Brighton would part ways with the 25-year-old Mali international for £50m, which would shatter Newcastle’s club-record transfer fee by £10m.Liverpool defender Joe Gomez is reportedly on the radar of Steven Gerrard and Aston Villa. According to The Sun, the 24-year-old England international centre-back is thought to have been on Gerrard’s wishlist for a while, with a possible January move on the cards.The London Evening Standard reports Arsenal are considering a move for Real Sociedad forward Alexander Isak, as their hopes...
PREMIER LEAGUE・1 DAY AGO
The Independent

The Premier League will meet with police this week to discuss concerns over increased incidents of crowd behaviour and disorder.Last weekend there were incidents in two separate matches of objects being thrown at players while, overall this season, there has been an increase of 47 per cent in football-related arrests.The number of cases is up to 802 from 547 in 2019-20, the last campaign from which comparable data is available due to behind-closed-doors matches.There have also been more incidents of fans encroaching onto the pitch, the latest coming during Southampton’s home match with Manchester City.The Premier League is working collaboratively...
PREMIER LEAGUE・1 DAY AGO
The Independent

Watford have appointed Roy Hodgson to his eighth managerial job in English football.The 74-year-old, already the oldest manager in Premier League history during his time with Crystal Palace has now managed 17 clubs and four national teams in a coaching career spanning 47 years and eight countries.Here, the PA news agency looks at his record in his homeland.Bristol City, 1982After beginning his managerial career in Sweden with Halmstad, Hodgson’s first job in England was a brief and unsuccessful spell at Bristol City, winning only three out of 21 games in just under four months in charge. City were relegated...
PREMIER LEAGUE・1 DAY AGO
The Independent

Everton managerial candidate Vitor Pereira admits he is hurt by fan opposition to his potential appointment but it has not put him off wanting the job.The club’s search for a seventh permanent boss in six years took a bizarre twist when the Portuguese, who has emerged as owner Farhad Moshiri’s preferred option, appeared on live television to discuss his credentials.Pereira has already had two interviews with Moshiri but said he did not know what the outcome was and the “decision was the club’s”.Reports the former Porto and Fenerbahce coach was edging closer to replacing Rafael Benitez – whose appointment as...
PREMIER LEAGUE・9 HOURS AGO
The Independent

Wolves have turned Hwang Hee-chan’s loan from RB Leipzig into a permanent deal.Hwang moved to Molineux in the summer, with Wanderers having the option to buy the South Korea international.The Premier League club have activated that clause in the agreement and the 26-year-old will sign a deal until 2026 at the end of this season.“With every new signing you have to expect a period of settling in and adapting to their new environment, but straight away, Hee Chan has shown exactly what we expected of him as a player, but he’s also settled in quickly and made an impact,” Wolves’...
PREMIER LEAGUE・12 HOURS AGO
San Diego Union-Tribune