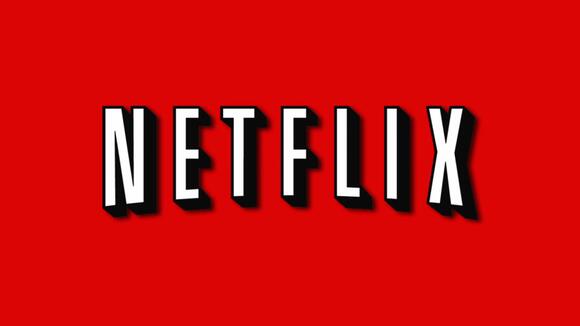 BIRMINGHAM, Ala. ( WIAT ) — Alabama has a favorite show on Netflix, but it may not be your first guess.

A list of states’ top Netflix shows was put together by HighSpeedInternet.com , a site that provides “expert insights to keep tabs on the pros and cons of internet service providers across America.” Out of the 50 states, four shows on the streaming service reigned supreme this year: “Bridgerton”, “Manifest”, “Stranger Things” and “Squid Game”.

ZIP codes with the most expensive homes in Alabama

Originally a show on NBC, the supernatural drama was canceled in June and then picked up by Netflix. Once it premiered on the service, “Manifest” gained popularity and has even been renewed for a fourth and final season. The show follows the passengers who experienced a supernatural event while on a plane and became a big hit among the other 15,000 titles on Netflix. In fact, it had the most search volume of any Netflix show in a total of 23 states, making it America’s overall favorite show, too.

The remaining states are mostly split between “Bridgerton” (14) and “Squid Games” (12), but Utah’s favorite added just one more show to the list: “Stranger Things”. Oddly, the show hasn’t released a new season for two years and only sneak peek trailers for season four have been released online.

In the past two years, “The Umbrella Academy” has taken the top spot overall, another drama kicked off by a supernatural event that’s based on the comics and graphic novels by Gerard Way.

To find out what other states’ favorites or learn more about the methodology behind these findings click here .

The toddler insisted on Spider-Man's actual costume and not some superhero-inspired dress.
MOBILE, AL・21 HOURS AGO
CBS 42

Louie Anderson, whose more than four-decade career as a comedian and actor included his unlikely, Emmy-winning performance as mom to twin adult sons in the TV series “Baskets,” died Friday. He was 68.
CELEBRITIES・20 HOURS AGO
CBS 42

Betty White's assistant posted a video Friday that the actor meant to share with her fans on her 100th birthday.
CELEBRITIES・18 HOURS AGO

In a tearful message delivered on Instagram, Adele announced that she is rescheduling her appearances at Caesars Palace in Las Vegas.
LAS VEGAS, NV・1 DAY AGO
CBS 42

‘I’d Do Anything for Love (But I Won’t Do That)’: Meat Loaf’s misunderstood lyric, explained

Since releasing his chart-topping hit “I'd Do Anything for Love (But I Won't Do That)” in 1993, Meat Loaf’s fans have been clamoring for a little clarity. Specifically, what exactly is it that he won’t do for love?
MUSIC・16 HOURS AGO
CBS 42

The heavyweight rock superstar loved by millions for his “Bat Out of Hell” album and for such theatrical, dark-hearted anthems as “Paradise By the Dashboard Light,” “Two Out of Three Ain’t Bad,” and “I’d Do Anything for Love (But I Won’t Do That),” has died.
MUSIC・1 DAY AGO
CBS 42

A West Virginia news reporter was struck by an SUV on live TV during her last week on the job. Thankfully, she was back on her feet moments later, laughing off the incident.
CHARLESTON, WV・22 HOURS AGO

BIRMINGHAM, Ala. (WIAT) — The Harlem Globetotters are bringing their talents to Birmingham this February. The team, known for its performances featuring basketball skills, tricks and family-friendly entertainment, will perform at the Pete Hanna Center on Feb. 1 at 7 p.m. To purchase tickets, click here.
NBA・15 HOURS AGO
CBS 42

BIRMINGHAM, Ala. (WIAT) – The percent of positive tests is averaging at some of the highest numbers we have seen this far in the pandemic – Alabama on Friday sitting at 46.3 percent. CBS 42’s Art Franklin had an opportunity to ask UAB’s new CEO Dr. Selwyn Vickers about the burden on healthcare as a […]
ALABAMA STATE・8 HOURS AGO
CBS 42

Surprise! Nick Jonas shared that he and wife Priyanka Chopra Jonas have welcomed a baby.
CELEBRITIES・14 HOURS AGO
CBS 42

Just over a year after the deadly attack on the U.S. Capitol, a film based on the events is in the works, with big names attached.
MOVIES・1 DAY AGO

Yelp names ‘Top 100’ restaurants in the US

The ninth annual list, released Wednesday, seeks to highlight some of Yelp’s highest-rated eateries, based on suggestions provided by Yelp users from coast to coast.
RESTAURANTS・2 DAYS AGO
CBS 42

Looking to make an extra buck by reselling your free COVID-19 tests? Many online retailers already have restrictions in place regarding who can sell tests on their platforms.
PUBLIC HEALTH・1 DAY AGO
CBS 42

Kraft has been known to add some funky flavors to its mac and cheese offerings.
FOOD & DRINKS・1 DAY AGO
CBS 42

Could treatment get rid of peanut allergies in kids?

Young children might be able to overcome their peanut allergies if treated at an early enough age, according to a study published Thursday.
DISEASES & TREATMENTS・19 HOURS AGO
CBS 42

This group has the best protection against delta, omicron, CDC says

A recent report by the CDC indicates that a particular age group, when boosted, has some of the best protection against the delta and omicron variants of COVID-19.
ALABAMA STATE・17 HOURS AGO
CBS 42

Alec Baldwin sued for defamation by family of slain Marine

The widow and two sisters of a U.S. Marine killed in Afghanistan are suing Alec Baldwin, alleging the actor exposed them to a flood of social media hatred by claiming on Instagram that one sister was an “insurrectionist” for attending former President Donald Trump's Washington, D.C., rally on Jan. 6 last year.
CELEBRITIES・1 DAY AGO
CBS 42

Friday is no ‘Snowmageddon’ in Central Alabama, despite similarities in the pattern

As we head into Friday, we've seen hints from forecast models of wintry weather in Alabama. The CIPS analogs are spitting out some interesting dates too.
ENVIRONMENT・2 DAYS AGO
CBS 42