Regulator for English football given backing by government 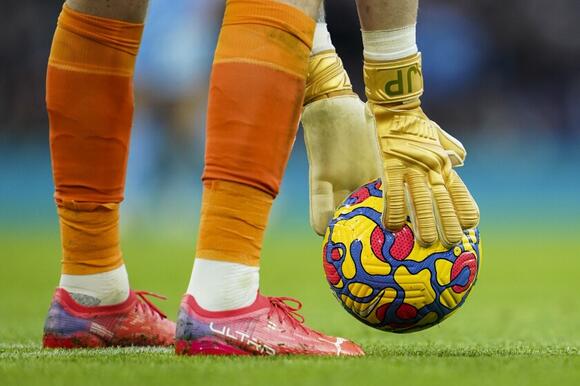 The creation of an independent regulator for English football was given initial backing by the government on Thursday in a move intended to safeguard the future of clubs by providing financial oversight and assessing the suitability of potential owners.

The announcement by Culture Secretary Nadine Dorries followed the publication of a review of football governance chaired by a former sports minister, Tracey Crouch, who concluded the game could no longer be left to run itself.

The review was commissioned by the government in April following the ill-fated attempt by six leading Premier League clubs to launch a European Super League. The review recommended granting the “golden share” of veto powers to supporters’ groups on key issues such as clubs attempting to enter breakaway competitions, moving stadium or changing club colors.

The review panel also examined the fallout from the collapse of Bury, which was expelled from the Football League after 125 years in 2019 after troubled ownership and financial turmoil.

“We are at a turning point for football in this country,” Dorries said. “The review is a detailed and worthy piece of work that will require a substantive response and plan of action from across government.

An independent regulator would ensure clubs are run sustainably and for the benefit of their communities through a licensing system, based on the vision of Crouch's review. The regulator would have responsibility for administering strengthened owners’ and directors’ tests.

“The review demonstrates that there are fundamental issues with our national sport, and that this merits radical reform," Dorries said. "Fans across the country want and deserve that reform.”

Chelsea have welcomed the Crown Prosecution Service’s decision to define the use of the term ‘rent boy’ in a chant as a homophobic slur.The CPS announced last week that fans singing the words during matches were committing a hate crime and would be liable to face prosecution.A statement on Chelsea’s official website said: “Chelsea Football Club welcomes the news that the Crown Prosecution Service recognises that the term ‘rent boy’ is a homophobic slur, and that those who use it are liable to prosecution.“We will continue to work with our supporters and our LGBTQ+ fan group Chelsea Pride to ensure...
PREMIER LEAGUE・16 HOURS AGO
FanSided

Will the Fallen English giants Arsenal get European football next season?

Arsenal is a club that does not require much of an introduction. This is one of those few clubs that have seen everything. From going unbeaten for a whole Premier League season in 2003/04 to finishing 8th on the Premier League table last season and getting no European football whatsoever.
PREMIER LEAGUE・2 DAYS AGO
San Diego Union-Tribune

Manchester United’s reputation for winning penalties remains intact with a new study showing they benefit more often than any team in Europe’s ‘big five’ leagues.Across the current season and the previous three, the Red Devils have been given a penalty every 299 minutes – pipping Paris St Germain to top spot in England, France Spain, Germany and Italy and 10th in the 31 European leagues surveyed overall by the CIES Football Observatory.Here, the PA news agency looks at how the Old Trafford club compare to their Premier League rivals and the rest of the continent.It’s a fair KloppLiverpool manager...
PREMIER LEAGUE・19 HOURS AGO
The Independent

Premier League in a mess over Covid postponements amid Tottenham fury

When Tottenham Hotspur learned that their match against Arsenal was off, there was “fury” within the club. That comes across in a strong statement, of which the stand-out line is this: “We may now be seeing the unintended consequences of this rule.”Many will be furiously nodding their head. The argument being made around much of the game is that this is “a mess”.There is some irony to the fact that the announcement of the postponement was delayed so as not to distract from another televised game, just as that match was pretty much finishing the title race.It wasn’t a great...
UEFA・1 DAY AGO
The Independent

Scotland and Wales have received a World Cup play-off boost with FIFA removing all yellow cards picked up in qualifying.Both Scotland boss Steve Clarke and Wales counterpart Robert Page had called for bookings to be wiped clean after securing their place in the play-offs in November.FIFA has now decided to introduce a yellow-card amnesty for the 12 European nations involved in the March play-offs, which could see Scotland and Wales meet to determine a place at this year’s World Cup.A Football Association of Wales spokesman said: “Following a request from UEFA, FIFA has decided to cancel all cautions that have...
UEFA・20 HOURS AGO
The Independent

Erik Lamela’s stunning rabona goal in the north London derby against Arsenal was named the winner of the Puskas Award at the Fifa Best ceremony on Monday.Lamela’s clever finish won the Premier League goal of the season prize and beat competition from Patrick Schick and Mehdi Taremi to win Fifa goal of the year. The Argentina forward, who was then sent off in the 2-1 defeat to rivals Arsenal, joined Sevilla in the summer following nine season at Spurs. He becomes the second Spurs player to win the award in as many years after Son Heung-min won last year’s prize...
PREMIER LEAGUE・16 HOURS AGO

Wakefield chief executive Michael Carter admits his club could be badly hit by the new Covid regulations introduced by the French Government which he believes could call into the question the integrity of the Super League competition.The French parliament has given the go-ahead for its health pass to be converted into a vaccine pass, which means that anyone wishing to enter the country’s leisure, cultural and sports venues will have to be vaccinated against Covid-19.The government has indicated that exemptions will not be made for athletes who are based outside France so it could have an impact on rugby union’s...
WORLD・21 HOURS AGO

Alexia Putellas has won the 2021 Best Fifa Women’s Player award to complete a double of major individual honours following her victory at the Ballon d’Or last month. The Barcelona captain saw off competition from teammate Jennifer Hermoso and Chelsea striker Sam Kerr to win the award at a ceremony in Zurich on Monday night. She becomes the first Spanish player to win the award after playing a key role in Barcelona’s dominant treble-winning campaign, which saw the club lift the Women’s Champions League as well as the Primera División and Copa de la Reina. “I’m very happy, I’m thrilled,”...
FIFA・15 HOURS AGO
The Independent

Chelsea completed a sweep of the Fifa Best coaching awards as Thomas Tuchel and Emma Hayes won the respective prizes for men’s and women’s coach of the year. The Blues reached the finals of both the men’s and women’s Champions League last season, with the men’s side defeating Manchester City to lift the European Cup for the second time - less than five months after Tuchel was appointed manager. The women’s team were defeated by Barcelona in their first appearance in the Women’s Champions League final but won a domestic treble, sealed by winning the FA Cup with victory over...
PREMIER LEAGUE・15 HOURS AGO
San Diego Union-Tribune

Roberto Martinez among contenders to replace Rafael Benitez at Everton

Former manager Roberto Martinez is in the running for a return to Everton but the club are not ruling out other options in their quest to replace the sacked Rafael Benitez While Martinez, himself fired by the Toffees after back-to-back 11th-placed finishes during a three-year reign from 2013-2016, remains the favourite he does not come without complications.He has committed himself to Belgium up until this year’s World Cup in Qatar and, while that has not deterred his former club from pursuing him, it is understood he is not their only and final consideration.It has been suggested Everton were prepared to...
PREMIER LEAGUE・15 HOURS AGO
The Guardian