This Is The American City With The Smallest Income Gap 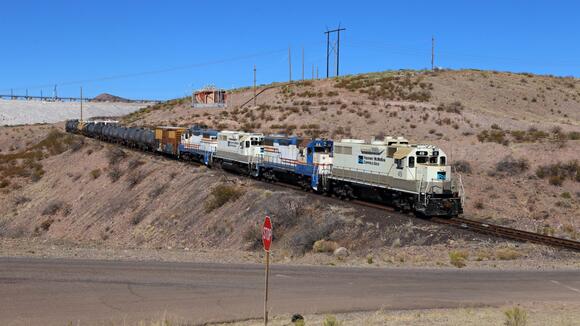 No effort to change the income gap has worked. Most recently, some members of Congress wanted a special tax on America’s 700 billionaire families. (No one can be sure that is the right number.) That failed. Nevertheless, new legislation is likely to raise taxes on those who make $400,000 a year or more. Even a plan this ambitious does not entirely address the billions of dollars in net worth added by the wealthy since the start of the COVID-19 pandemic, driven largely by a soaring stock market. At the other end of the spectrum, the Census Bureau showed over 37 million Americans lived in poverty in 2020.

Income equality has been a problem for the entire time the United States has been a country. In recent decades, the federal government has tried to bridge the chasm with ways to try to move more wealth from the very rich to the poor and middle class. The way this is attempted most often is via high taxes on the wealthy.

Using data from the U.S. Census Bureau’s 2019 American Community Survey, 24/7 Wall St. identified the ZIP code with the smallest income gap. ZIP codes are ranked by their Gini coefficient, a measure of income inequality based on the distribution of income across a population on a 0 to 1 scale — 0 representing perfect equality and 1 representing the highest possible level of inequality.

Among the ZIP codes we looked at, Gini scores range from 0.308 down to 0.225 — well below the national Gini coefficient of 0.482. The places on this list span the country but tend to be concentrated in the South. Six ZIP codes on this list are located in Virginia alone.

Incomes are generally high in the ZIP codes we considered. All but a handful of the ZIP codes with the lowest income inequality have a higher median household income than the national median of $62,843.

The causes behind rising inequality are complex and varied. A report published by the National Bureau of Economic Research ties the rising disparity to a range of economic factors, including globalization, technological advancement, a stagnant minimum wage, and the decline of labor unions.

The ZIP code with the smallest income gap is 85540. Here are the details:

Methodology: To determine the ZIP code with the smallest income gap in the nation, 24/7 Wall St. reviewed five-year estimates of the Gini Index of income inequality from the U.S. Census Bureau’s 2019 American Community Survey.

We used ZIP Code Tabulation Areas — a census geography type which defines areal representations of United States Postal Service ZIP codes (USPS ZIP codes do not define geographic boundaries but instead are a network of mail delivery routes in a service area). We refer to Census ZCTAs as ZIP codes.

Of the 33,120 ZIP codes the Census publishes data for, 32,989 had boundaries that fell within one of the 50 states or the District of Columbia.

ZIP codes were excluded if the Gini Index was not available in the 2019 ACS, if there were fewer than 1,000 housing units, or if the sampling error associated with a ZIP code’s data was deemed too high.

The sampling error was defined as too high if the coefficient of variation — a statistical assessment of how reliable an estimate is — for a ZIP code’s Gini Index was above 15% and greater than two standard deviations above the mean CV for all ZIP codes’ Gini Indices. We similarly excluded ZIP codes that had a sampling error too high for their population, using the same definition.

The remaining 16,742 places were ranked based on their Gini Index. To break ties, we used the share of aggregate household income earned by the top 20% of households.

This State Has the Highest Cost of Living

A recent analysis reveals that the state with the highest cost of living was Hawaii.
MISSISSIPPI STATE・1 DAY AGO
KFOR

Without the buffer of emergency savings, an unexpected car repair or a 25% increase in the cost of heating a home can be tough to take on.
OKLAHOMA CITY, OK・1 DAY AGO
AM 1400 The Cowboy

American consumers were feeling less confident in January amid elevated prices and a Covid-19 resurgence, but their views of the economy and inflation were growing more positive, a survey released Tuesday showed. The Conference Board's consumer confidence index declined to 113.8 in January, less than two points below where it was in December but above analysts' forecasts, with the data showing Americans feeling better about the economy today but less certain about its short-term future. The survey indicated a slight downturn in consumers' expectations for inflation amid a surge in prices across the United States. However the Conference Board's senior director of economic indicators, Lynn Franco, noted "both confidence and consumer spending may continue to be challenged by rising prices and the ongoing pandemic."
BUSINESS・23 HOURS AGO

The categories with the greatest price increases over the past year are the things lower-income households spend most of their income on.
NEW YORK CITY, NY・1 DAY AGO
contagionlive.com

Utilization of ambulatory care services declined during the COVID-19 pandemic, especially among socioeconomically disadvantaged Americans. Americans were initially advised to avoid non-essential healthcare visits during the COVID-19 pandemic, leading to a dip in outpatient health services at the beginning of 2020. Health visits rebounded to normal levels by the end of 2020, dipping again during the second wave in January and February 2021.
HEALTH SERVICES・23 HOURS AGO
MarketWatch

Retirees in the U.S. do not live on ‘fixed incomes’

Every U.S. citizen is responsible for paying federal income tax, and some taxpayers also must pay a separate state income tax. As of 2022, just nine states don't impose any additional income tax:...
INCOME TAX・2 HOURS AGO

As of December 2021, prices across all goods and services had risen more in one year than in the past 40 years combined, leaving low-income Americans to bear the brunt of unprecedented inflation. The 7% markup on goods and services is predicted to be a problem for 40% of Americans,...
ROCHESTER, NY・1 DAY AGO
lyndentribune.com

Young adults will be able to access a fund years from now to give them a boost if lawmakers pass a bill aimed at narrowing the gap between the rich and poor. Rep. Monica Stonier, D-Vancouver, sponsor of HB 1861, said the Washington Future Fund Trust would act as a savings and investment account for babies born under the state’s Medicaid program, Apple Health.
POLITICS・2 DAYS AGO
willmarradio.com

(St. Paul MN-) With black Americans having a median household wealth of $12,780, compared to $139,300 for non-Hispanic white households, the personal-finance website WalletHub today released its report on 2022’s States with the Biggest & Smallest Wealth Gaps by Race/Ethnicity. To measure the wealth inequality among racial groups in...
MINNESOTA STATE・1 DAY AGO
Ricky

Disclaimer: This article is meant for informational purposes only. It is not meant to be investment advice. Seek a duly certified professional for investment advice. According to a survey done by bankrate.com, it was found that 21% of Americans (more than 1 in 5) don’t save any of their annual income. However, the good news is that the trend of people investing in systematic investment plans (SIPs) has come into popularity these days. The idea of SIPs is to make people disciplined enough to save money regularly. Your money will keep growing over time when the market is bullish. Investing continuously for a long period of time is good for your financial health. Here are a few simple ways to save money and make the most out of SIPs.
2 DAYS AGO

Vaccine equity remains a priority as a racial divide in America widens once again –– this time amid a surge and with a new variant. “We have to overcome the naysayers all over again,” Deneen Richmond, leader of the Luminis Health Doctors Community Medical Center in Prince George County, Maryland, told The Washington Post. “It’s like, ‘Hit replay, repeat.’ That is what we’re going to need to do with the booster.”
PITTSBURGH, PA・8 DAYS AGO
Quick Country 96.5

Minnesota is home to some vast inequalities, whether we're talking about the number of Cabela's in an area or the number of amazing fishing spots in a certain region. These inequalities are unavoidable. It's just the way the world goes round, but our wealth disparity, on the other hand, is a bit alarming.
MINNESOTA STATE・8 DAYS AGO
Markets Insider

Americans think they need a six-figure income to feel financially healthy in this economy, survey suggests

Americans say they need to earn $122,000 annually to be financially healthy, per a new survey. An unsettling year, inflation, and rising inequality have made them anxious about the economy. It explains why many are joining the Great Resignation, reshuffling into a new job with more money.
BUSINESS・11 DAYS AGO
People

Some U.S. cities are beginning universal basic income programs to help low-income individuals and families and determine if the additional support will lead to long-lasting and positive effects. The city of Shreveport, Louisiana, recently began accepting applications for a universal basic income program that will select 110 families to receive...
SHREVEPORT, LA・13 DAYS AGO
Martinsville Bulletin

The cities whose residents make the most passive income

Passive income streams can be a large contributor to wealth creation, and higher-income households are more likely to have the means to invest in assets that provide it.
ECONOMY・13 DAYS AGO
marketplace.org

A new report shed light on the growing share of costs shouldered by families who get health insurance through their employers. The report from The Commonwealth Fund, a private, independent foundation, finds that premiums and deductibles for these Americans now take up 10% or more of median income in 37 states.
HEALTH・13 DAYS AGO
moneytalksnews.com

Editor's Note: This story originally appeared on Construction Coverage. Approximately 44 million U.S. households (or 35% of the total) are renters, according to data from the U.S. Census Bureau. Renters tend to move much more frequently than homeowners. For example, 51% of renters surveyed in the 2019 American Community Survey...
HOUSE RENT・14 DAYS AGO
The Skanner News

Jay Z & Will Smith recently invested in a startup to help low-income Americans become homeowners, Bloomberg reports. Landis Technologies is a startup aimed at helping renters build credit until they can buy a home. Recently, the company raised $165 million from a group of investors that included Jay Z’s Roc Nation and Will Smith Dreamers VC.
REAL ESTATE・14 DAYS AGO