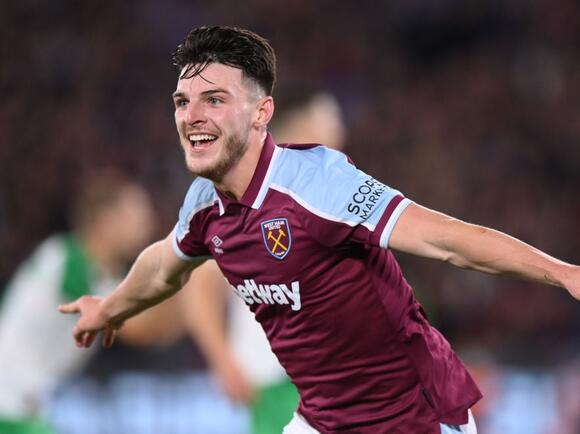 West Ham will be looking to bounce back from their Premier League defeat to Wolves when they take on Rapid Vienna in the Europa League tonight.

David Moyes ’ men have already booked their place in the knockout stages with 10 points from their opening four games.

Now the West Ham boss will be hoping he can shuffle the pack for their remaining two group games as the fringe players in his squad search for a starting place.

The match is set to be played without West Ham fans due to their supporters’ conduct against Genk last time out.

The game takes place at the Allianz Stadion.

The match will be shown live on BT Sport 1, with coverage starting at 5.15pm.

BT Sport subscribers can watch the game online and on mobile devices either through the website or BT Sport app.

Angelo Ogbonna will be the big miss for David Moyes as he continues his rehabilitation on the sidelines after damaging his ACL. David Moyes is expected to rotate his side for this one.

Bernhard Unger and Kevin Wimmer are both injured and set to miss out for Rapid Vienna.

West Ham had too much for Rapid Vienna at the London Stadium in September and you expect the same to be the case in this one. 2-1 West Ham .

The Elephants will hope to replicate the form that saw them beat Algeria when they face the Pharaohs in the Round of 16 battle. Ivory Coast will lock horns against Egypt in their Africa Cup of Nations Round of 16 fixture at Stade Omnisport de Douala on Wednesday. The Elephants...
SOCCER・2 DAYS AGO