Is Bayer Leverkusen vs Celtic on TV tonight? Kick-off time, channel and how to watch Europa League fixture 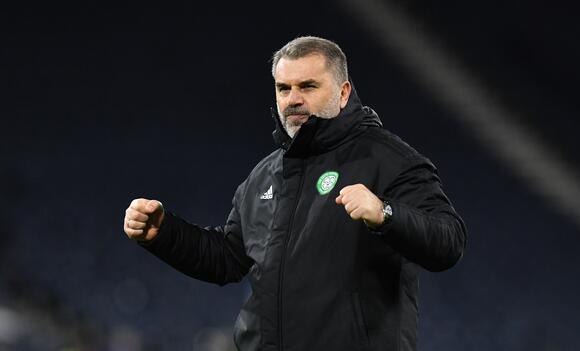 Celtic could be knocked out of the Europa League tonight if they lose to Bayer Leverkusen in Germany and results elsewhere do not go their way.

The Hoops secured back-to-back wins over Ferencvaros to reignite their bid to reach the knockout stages of the competition and they will be looking to continue that momentum this evening.

A defeat to the Bundesliga side, however, combined with a Real Betis win over bottom side Ferencvaros would see Celtic drop down into the Europa Conference League.

Leverkusen sit fourth in the Bundesliga and were 4-0 winners at Celtic Park in the reverse fixture in September but Ange Postecoglou’s side are undefeated since, with eight wins from nine matches.

Here’s everything you need to know ahead of the Group G fixture this evening.

When is Leverkusen vs Celtic?

The match will kick off at 5:45pm GMT on Thursday 25 November.

It will be shown live on BT Sport 3, with coverage starting at 5:15pm. BT Sport customers can also stream the match live on the BT Sport website and mobile app.

Celtic will be under no illusions of the difficulty of the task at hand, but they are in great form and will be hopeful of taking advantage of the Leverkusen’s injury problems to secure what could be an important point. Leverkusen 1-1 Celtic

Cristiano Ronaldo is expected to be available for Manchester United's trip to Brentford though will have to come through Tuesday's training sesssion at Carrington, Ralf Rangnick has said.Ronaldo and Marcus Rashford were left out of United's match day squad for Saturday's 2-2 draw at Aston Villa, missing their second consecutive game despite Rangnick expecting both to return.The United interim manager said both players were ruled out of making the trip to Villa Park after Friday's late training session but says both are currently in contention to play Brentford."Cristiano and Marcus were training yesterday so I suppose they will be training...
PREMIER LEAGUE・1 DAY AGO
San Diego Union-Tribune

Arsenal are optimistic their Carabao Cup semi-final second leg against Liverpool will go ahead as planned on Thursday night.The Gunners successfully appealed to the Premier League to have Sunday’s north London derby away to Tottenham called off in the absence of a number of players.Injuries, suspension, coronavirus cases and losing players to the Africa Cup of Nations saw Mikel Arteta’s ranks depleted enough for the league to postpone their scheduled fixture.However, the PA news agency understands there have been no additional Covid-19 cases in the past two days and a couple of players are now likely to be fit following...
PREMIER LEAGUE・1 DAY AGO
The Guardian

Ronaldo was also included in the World11 at the expense of Mohamed Salah, while the women's awards on the night faced backlash from current players.
FIFA・1 DAY AGO
The Independent

The end of Rafael Benitez’s misguided and disjointed 200-day reign at Goodison Park has left Everton looking for a seventh permanent manager in six years.However, the problems at the club run deeper than what has been happening on the pitch in the last six months.The PA news agency looks at how the situation has got to this point and what Everton do next.Why did Benitez have to go?7 wins11 defeats1 win in last 13 Premier League matches16th in Premier League tableConceded first goal in 16 of their 22 games in all competitions.The bare fact of one win in 13 league...
PREMIER LEAGUE・2 DAYS AGO

Alexia Putellas has won the 2021 Best Fifa Women’s Player award to complete a double of major individual honours following her victory at the Ballon d’Or last month. The Barcelona captain saw off competition from teammate Jennifer Hermoso and Chelsea striker Sam Kerr to win the award at a ceremony in Zurich on Monday night. She becomes the first Spanish player to win the award after playing a key role in Barcelona’s dominant treble-winning campaign, which saw the club lift the Women’s Champions League as well as the Primera División and Copa de la Reina. “I’m very happy, I’m thrilled,”...
FIFA・1 DAY AGO
Sports Illustrated

A big three-match window is on the horizon for the U.S. as it attempts to qualify for the World Cup, and a number of variables surround the available players to be called in.
MLS・19 HOURS AGO
The Guardian

The Premier League is back in action this Tuesday. Current Records: Chelsea 12-3-7; Brighton & Hove Albion 6-4-10 Brighton & Hove Albion managed to walk away from the road leg against Chelsea with a draw. They will face off against one another at 3 p.m. ET on Tuesday at The American Express Community Stadium.
PREMIER LEAGUE・1 DAY AGO
The Independent

TOTTENHAM take on Leicester at the King Power in their next Premier League clash. Spurs have got a backlog of Premier League games to play after several Covid-19 postponements and some bad weather halted a handful of their matches over the past few weeks. JOIN SUN VEGAS: GET A FREE...
PREMIER LEAGUE・21 HOURS AGO
The Independent

Thomas Tuchel has admitted struggling to fathom the rescheduling of Chelsea’s Premier League trip to BrightonThe Blues travel to the Amex Stadium on Tuesday, with the clash shifted from February 8 – when Chelsea will be at the Club World Cup in Abu Dhabi.But now boss Tuchel has been left wondering why the rearranged Brighton match could not have been staged a day later on Wednesday, January 19.Chelsea lost 1-0 at Manchester City on Saturday, with Brighton drawing 1-1 with Crystal Palace on Friday night.The Blues host Tottenham on Sunday and Brighton travel to Leicester, leaving Tuchel nonplussed as...
PREMIER LEAGUE・1 DAY AGO
The Independent

What the papers sayScotland and Aston Villa midfielder John McGinn is of major interest to Manchester United The Telegraph reports that 27-year-old McGinn is “admired” by compatriot Darren Fletcher who became technical director at Old Trafford last year. On incomings at Villa, the Daily Mail reports that the club expects to complete a loan deal for 32-year-old Roma goalkeeper Robin Olsen after a medical on Tuesday. Villa are also reportedly interested in 25-year-old Brighton midfielder Yves Bissouma.Newcastle have offered 30 million euros to Italian side Atalanta for Duvan Zapata, according to the Daily Record. The Magpies are reportedly working on...
PREMIER LEAGUE・1 DAY AGO