The Real Sound of the DMV 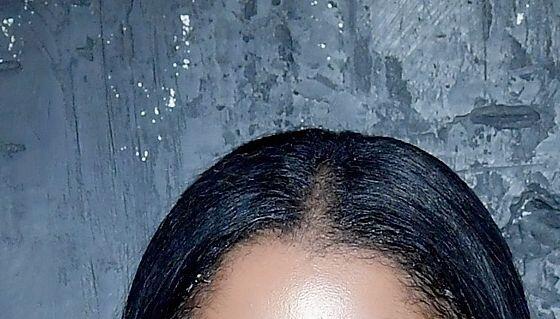 Nicki Minaj made her debut as The Real Housewives of Potomac’s guest moderator during the third installment of the franchise’s Season 6 Reunion.

As an openly longtime lover of the hit Bravo series, Minaj shared her excitement about taking over for executive producer and Housewives aficionado Andy Cohen by dubbing herself “Andiana Minaj.”

When Andy checked in on the hip-hop queen as she was in hair and makeup before making her debut, he told Nicki, “Well, I’m excited because you actually can take sides and you’re actually going to say your opinions.”

“Everybody hear that?” Nicki spoke into the cameras as she sat in her glam chair. “So don’t be telling me that I did my job wrong — Andy gave me permission that I can take sides.”

Viewers who’ve been watching the reunion back to back every weekend will recall that in Part 1, Nicki sent a video message to the RHOP ladies and said she wasn’t going to be able to join them for this year’s reunion special. As you can imagine, the cast ended up being entirely taken by surprise when the rapper hit the stage with a bottle of tequila for Andy before kindly taking over as the reunion’s moderator.

“Now, before we start, y’all, I want to tell you I wouldn’t be here if I didn’t love and respect you, okay? I love the show,” Nicki told the cast. “So, even though I have a job to do, asking you questions, you should just have fun with it. Because these are questions courtesy of me and the Barbz .”

The rapper hopped right into her line of questioning by starting with RHOP star Ashley Darby.

“First of all, I want to say I love seeing you with your boys,” the “Seeing Green “rapper said to the mother of two . “But to me, because you had just had a baby and you wanted to be home, rightfully so, with your babies, it seemed like you didn’t have much of a storyline. So is that why you were willing to be Gizelle’s sidekick and be shady to Wendy ?”

Even though Ashley denied Nicki’s implication, the rapper continued referencing the cast’s drama on their trip to Williamsburg by asking Ashely: “You ain’t lug your breast milk down there to start some drama, to be petty, so you can get more camera time?”

Surprisingly though, Candiace — who Ashely’s beefed with in the past — was the one who intervened on the mother of two’s behalf.

“Can I just say, she gave birth literally like two weeks into filming,” Candiace explained to Nicki on Ashley’s behavior. When the rapper doubled down on her feelings by saying Ashley “should’ve stayed home” instead of going on the trip, Candiace stated, “But she got work, we got work.”

In a funny little clip the “Fractions” rapper posted to her Instagram, Nicki posed with Karen Huger’s husband Ray and joking said, “Look at me and my boo Ray — I stole him from the Grand Dame chile.”

When Karen reminded Nicki that she was standing not too far off, Nicki lightheartedly added, “Get out of here, ain’t nobody asked you to do that — Bye Karen!”

In the background, you could hear everyone around laughing alongside the trio throughout the clip. Peep it down below.

HEAD TO THE RICKEYSMILEYMORNINGSHOW.COM HOMEPAGE

The sophomore season of The Real Housewives of Salt Lake City has been bonkers for two main reasons: Jen Shah’s legal troubles and the contentious remarks made by Mary Cosby. In the case of the latter, she compared Shah to a “Mexican thug” and then later doubled down on referring to Jennie Nguyen as having “slanted eyes.” The cast was heading into filming the show’s reunion last week, with expectations that the controversial pastor would address her comments. Yet, subsequent reports indicated that Cosby was in fact a no-show. Reunion host Andy Cohen has since confirmed her absence, as well as explained the reason she didn't show up.
SALT LAKE CITY, UT・12 DAYS AGO
thatgrapejuice.net

Barely a week after headlines rang across the Web that a lawsuit against rapper Nicki Minaj and her husband Kenneth Petty had been voluntarily dropped by Jennifer Hough, the woman who sued the couple on allegations of harassment and witness intimidation, new reports are indicating the latter’s legal team is looking to pick up the fight again – this time on a new battleground.
CELEBRITIES・7 DAYS AGO
thesource.com

Nicki Minaj officially makes her official return to the throne on Friday, Feb. 4. On Wednesday, the Queen rapper took to social media and almost broke the internet with the announcement of her latest single, “Do We Have a Problem? She added more heat to the flame of anticipation when fans saw that the track would feature Lil Baby.
MUSIC・1 DAY AGO
popwrapped.com

PopWrapped has been following the accusations against Nicki Minaj and husband Kenneth Petty following a case which began in 2021. Updates below. Trigger: This article does mention sexual assault and rape. August 2021, Nicki Minaj was hit with a harassment lawsuit in which Jennifer Hough initially came forward with accusations...
CELEBRITIES・9 DAYS AGO

A lawsuit against Nicki Minaj is set to be refiled in California after it was previously dropped in New York.Minaj was accused of harassment by Jennifer Hough who alleges that the rapper’s husband Kenneth Petty raped her in 1994. While the New York charges were dropped against Minaj, they will continue against Petty.In the original lawsuit, Hough accused Minaj and Petty of “witness intimidation, intentional infliction of emotional distress, harassment”.Petty is also being separately sued for sexual assault and battery in relation to the alleged 1994 assault.Hough alleged that Minaj and Petty had harassed and intimidated her into recanting...
CELEBRITIES・7 DAYS AGO
iheart.com

I don't know how fans notice this - or if they check it daily, but our own Megan thee Stallion was trending early Wednesday morning because some fans have noticed that she no longer follows fellow women rappers Nicki Minaj and Doja Cat. Tea pages reported on this last night...
MUSIC・2 DAYS AGO
iHeartRadio

A source close to the star says her new single and video are on the way
CELEBRITIES・4 DAYS AGO
thatgrapejuice.net

Just days after word first began circulating Nicki Minaj was cooking up a comeback single with Lil Baby, the rapstress took to Instagram to surprise her 172 million followers with news the rumors were true. Taking to IG Wednesday night (January 26), Minaj posted what appeared to be a still...
CELEBRITIES・1 DAY AGO

The Barbz have put Nicki Minaj in a prime position to win. The Queens, N.Y. rapper has won The People’s Champ honor for the XXL Awards 2022. The winner of the People's Champ Award, announced today (Jan. 24), was voted on by the fans, who had the choice between 20 of some of the top rappers in the rap game, including Drake, Cardi B, J. Cole, Doja Cat, Kanye West, Megan Thee Stallion, Lil Baby, Moneybagg Yo, Saweetie, YoungBoy Never Broke Again and more.
MUSIC・4 DAYS AGO
NYLON

It’s been a long while since Nicki Minaj has really, truly released new music. Though she returned to the scene briefly in 2021 to promote the arrival of her early mixtape Beam Me Up, Scotty on streaming services by sharing a few previously unreleased tracks from the project, she’s otherwise spent the last few years taking the backseat, largely appearing on other artists’ songs as a coveted feature guest.
CELEBRITIES・1 DAY AGO
Complex

TMZ has learned that a lawsuit has been filed against Nicki Minaj and her husband Kenneth Petty for allegedly sucker-punching the head of security. The incident stems from a March 2019 show in Germany where Nicki allegedly became irate with a female security staffer over a male concertgoer getting onstage during her performance. Thomas Weidenmuller, head of security, decided to step in when the guard started crying after the rapper was yelling and calling her a “f**king bitch.” Weidenmuller allegedly recorded the interaction.
CELEBRITIES・23 HOURS AGO
Billboard

It’s been a minute since Nicki Minaj released a new single, but the drought it almost over. On Wednesday night (Jan. 26) Nicki dropped a tantalizing tease for her upcoming collaboration with Lil Baby, whose title has not yet been revealed. “DO WE HAVE A PROBLEM!?” Minaj tweeted alongside...
CELEBRITIES・1 DAY AGO

After Jennifer Hough voluntarily dismissed her harassment lawsuit against Nicki Minaj in New York on January 12, Hough has reportedly refiled to move the suit to California, where Nicki and her husband Kenneth “Zoo” Petty call home. According to Rolling Stone, Hough’s attorneys explained the reasoning behind the...
CELEBRITIES・7 DAYS AGO
101.5 The BUZZ

Nicki Minaj is back on the scene with a new look and new music with rapper Lil Baby.
CELEBRITIES・1 DAY AGO
TheDailyBeast

A guard who oversaw security at a Nicki Minaj concert in Germany three years ago claims in a new lawsuit that the rapper’s husband punched him and severely broke his jaw. Thomas Weidenmuller alleges that Minaj, upset that security let a male fan slip through and make his way onstage, screamed, “Who do you think you are?” and threw her shoe at him, though she missed. She also allegedly called a female security guard a “f--king bitch,” which Weidenmuller said he recorded. Then Kenneth Petty, her husband, allegedly ambushed Weidenmuller, clocking him in the face. Weidenmuller said his injuries have required eight surgeries, with six more to come, and five metal plates in face. Minaj has yet to comment on the lawsuit.
CELEBRITIES・1 DAY AGO
HipHopDX.com

The Queen is ready to return to her throne. Nicki Minaj surprised fans on Wednesday (January 26) when she announced her music comeback with her first single of 2022, which finds her collaborating with Atlanta’s Lil Baby. The anticipated track is seemingly titled “Do We Got A Problem?” and...
CELEBRITIES・1 DAY AGO
Reality Tea

Season 3 of Celebrity Big Brother is right around the corner, and the internet has been abuzz about which celebrities will be competing. Every day, a new list pops up from supposed “insiders” who claim to know all of the houseguests, typically consisting of a combination of reality stars, former athletes, and actors you may […] The post NeNe Leakes Dismisses Celebrity Big Brother Season 3 Casting Rumors appeared first on Reality Tea.
TV & VIDEOS・2 DAYS AGO
24hip-hop.com

Rapper Nicki Minaj whose real name is Onika Tanya Maraj, has been dropped from a lawsuit alleging that she harassed and intimidated her husband’s sexual assault victim, Jennifer Hough according to court documents. The motion was filed Wednesday in U.S. District Court for Eastern New York. Back in August...
CELEBRITIES・14 DAYS AGO
Power 93.7 WBLK

Jennifer Hough, the woman who filed a lawsuit against Nicki Minaj and Kenneth Petty, who is also Petty's rape victim, has dropped her legal filing against the rapper. According to court documents obtained by XXL, filed on Wednesday (Jan. 12), Jennifer Hough's attorney, Tyrone A. Blackburn made a Notice of Voluntary Dismissal of Defendant Onika Tanya Maraj Pursuant to F.R.C.P 41(a)(1)(A)(i).
PUBLIC SAFETY・14 DAYS AGO

The Real Sound of the DMV