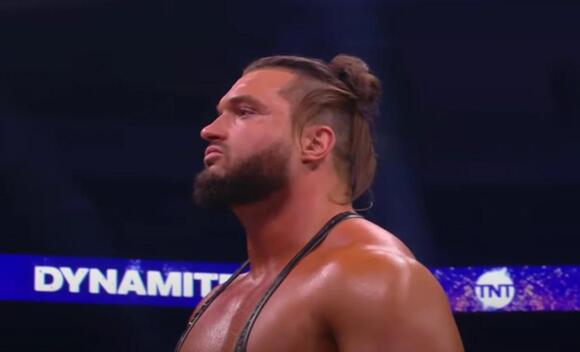 The Sportsnaut AEW rankings will be your weekly rundown of the 10 talents that make the promotion’s television content must-see TV for today’s wrestling fan.

However, unlike the promotion’s own rankings, where the win-loss record is key in deciding the best of the best, these rankings will take into consideration more than just victories and defeats. Mic skills, ring work, storytelling and the value a talent brings to AEW’s weekly content will factor into who lands a top-10 spot.

With that said, here are this week’s AEW rankings.

Although he may not be racking up wins, Orange Cassidy was entertaining as ever playing foil to Adam Cole and it helped him jump into these rankings. Along with being the less-is-more leader of the Best Friends faction, Cassidy is now in a position as an uber-reliable hand for the promotion that can deliver laughs and skilled ring work consistently.

The slowly building divide between Wardlow and his “boss” MJF is one of the more intriguing storylines in AEW right now. The big man has really connected with fans as the promotion’s preeminent wrecking machine. We all know his split with MJF will be epic, but when and where it happens will be pivotal in the development of his main event potential.

Simply put, Darby Allin is AEW’s version of attitude-era Jeff Hardy. He has a persona that the fan base has become strongly attached to, and he is the rare talent that can say little but still expresses a wealth of emotions to an audience. However, feuding with The Gunn Club has seemingly slowed his momentum a bit as he spins his wheels waiting for a juicy storyline to sink his teeth into.

Jon Moxley is back and he looks to be feeling good. Following a stint in rehab to deal with alcohol abuse issues, the one-time AEW champion has returned looking healthy and seems primed for a major feud. That may come in the form of Bryan Danielson and his attempts to form a faction with his fellow WWE alum.

Sammy Guevara has taken major steps forward in his development over the last year. He has become the face of the TNT title in 2022, and his outstanding ladder match victory over AEW co-founder Cody Rhodes put a stamp on his place as the king of the secondary title mountain. It will be interesting to see where he goes next now that the Inner Circle won’t have his back anymore.

Adam Cole has been a vocal point of AEW television since his debut with the brand in the summer of 2021. That has only continued in the new year as he plays middleman in the Elite between the Young Bucks and Red Dragon. An interesting feud with world champion Adam Page is being set up to be at the forefront of episodes of Dynamite in the weeks ahead. 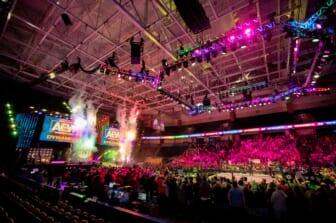 There is no debate, CM Punk has completely steered his AEW creative ship since returning to professional wrestling after seven years away. That ship traversed far less interesting waters to end 2021, but, his feud with MJF has been a weekly highlight on Dynamite in 2022 as it showcases some of the best storytelling on AEW television.

“Hangman” Adam Page’s ascent to the top of AEW was a slow-burn process fans longed for and got. It is still too early to know how well his title reign will go, but beginning it by ending Kenny Omega’s reign at the top, and defending against a recent Wrestlemania headliner in Bryan Danielson is a heck of a start.

MJF’s win over Darby Allin at Full Gear was a major statement that proclaimed a rocket will be strapped to Maxwell Jacob Friedman’s back, he’s in for a major rise to the top, and his feud with CM Punk has been proof of that. However, his immense talent has also been on full display as he continues to get the better of “The Best in the World” on the mic each week.

Bryan Danielson left WWE as a top star and Wrestlemania main eventer and seamlessly transitioned that into being a top name in a completely different environment. And the former leader of the “Yes!” movement has thrived in his new surroundings as he puts on great matches regularly and portrays a far nastier version of what fans were used to. A new storyline with the wild man known as Jon Moxley has loads of potential going forward. 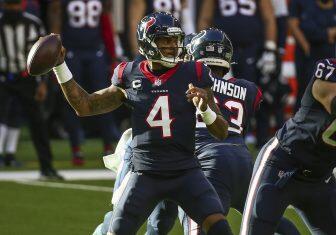