A woman and her 6-year-old granddaughter were kicked out of a Georgia hotel in their pajamas after leaving a 3-star review, a report says 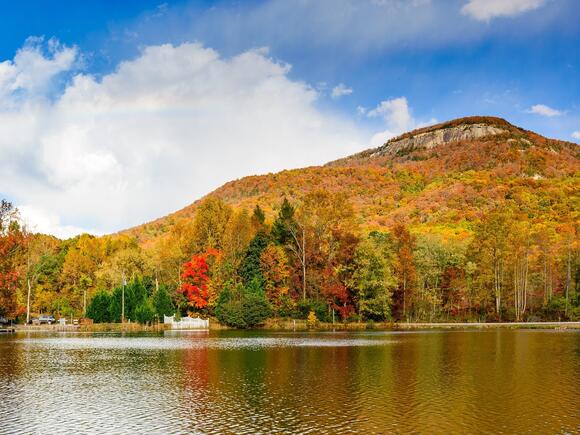 A woman and her 6-year-old granddaughter were kicked out of a Georgia hotel after leaving a three-star review, a report by the local news outlet WXIA said.

Susan Leger told the publication that police knocked on her door and asked her to leave hours after she checked in for her three-night September stay at the Baymont Inn & Suites in Helen, Georgia. The hotel is owned by Wyndham Hotels & Resorts .

Leger said Hotels.com , a bookings and reviews site, had emailed her asking for feedback. She told WXIA that she left a three-star review and highlighted some problems with the hotel: "Rundown. Pool's not open. Toilet doesn't flush well."

The hotel's listing on Hotels.com said the pool would be unavailable until around January 2022.

Leger said that at 8:40 p.m., the hotel manager rang her cellphone, telling her she had to leave and that he had already called the police. Leger told WXIA that she had initially thought it was a prank.

In records of the 911 call obtained by WXIA, the manager told the dispatcher, "We are getting ready to refund because they have reviewed that the room is dirty and the place is rundown." He also told the dispatcher that Leger had refused to leave, which she denied to WXIA.

Leger said the police then knocked at her door and asked her to leave, which she did.

She told WXIA that the police officer said it was within the law for the hotel to kick her out over a bad review.

In a police report obtained by WXIA, Officer William Barrett listed the reason for Leger's removal as "Leger had given the motel a bad review."

Danny Vyas, the hotel's manager, told WXIA that Leger hadn't reported the issues to the hotel.

"We can fix that, right? If you let us know. But she never let us know anything," he said.

But in a second interview two months later, Vyas told WXIA that Leger and her granddaughter had been kicked out of the hotel because they'd made multiple complaints.

"They called me at least ten, 11 times in maybe one hour," he said. "Sink is not working. Everything is not right."

The police officer helped Leger and her granddaughter find another room at a nearby hotel, WXIA reported. The publication said Leger had prepaid for the three-night stay via Hotels.com, and that the Baymont didn't refund her.

Leger requested a refund from Hotels.com, but she was told that the site had been unable to contact the property. It added that it needed to follow the terms and conditions of the booking, "which states refunds are not allowed," WXIA reported.

But the site issued Leger a full refund after WXIA contacted it for comment, two months after her stay. Hotels.com said on Tuesday that it had temporarily removed the hotel from its site while it conducted an investigation.

Hotels.com and Wyndham did not immediately respond to Insider's request for comment.

"If you don't want to be walking in your pajamas with your six-year-old granddaughter, don't leave a review if you're currently still at the place," Leger told WXIA.

hotel dead wrong , basing someone review on wether they can complete their stay , and then made excuses not to refund her . people should never go to a place like that , after a situation like that .

it should be against the law to charge money for anything less than 100% working toilets, clean rooms and the right to be honest of their reviews.

Grandmother kicked out of hotel for giving it three-star review

A grandmother says she and her six-year-old granddaughter were kicked out of a hotel after giving it a three out of five star online review.Susan Leger, 63, says she was getting ready for bed on the first of a three-night stay at the Baymont Inn & Suites in Helen, Georgia.She says that at 8.40pm her phone rang and the hotel manager, Danny Vyas, told her that he had called the police and she needed to leave.“The man is screaming at me. He was saying, ‘You get out now. I call the police,’” Ms Leger told WXIA.“My granddaughter’s like clinging...
PUBLIC SAFETY・11 DAYS AGO
San Luis Obispo Tribune

Georgia authorities are asking for the public’s help in finding an 8-year-old girl who went missing from an Atlanta-area hotel over the weekend. Nicole Hall, who has autism, was last seen by her mother between midnight and 1 a.m. on Sunday, Nov. 21, at the HomeTowne Studios in Peachtree Corners where the two were staying, according to Gwinnett County police. Authorities said the family is new to the area.
PUBLIC SAFETY・12 DAYS AGO
yourmileagemayvary.net

Woman Kicked Out Of Wyndham Property After Bad Review On Hotels.com

Remember about a year ago, when an American was jailed in Thailand for writing a poor review of the Thai hotel he had stayed at? And the hotel near Disney World that kicked all its guests out the day before Easter this year?. Well, apparently a hotel manager in Georgia...
PUBLIC SAFETY・11 DAYS AGO
Black Enterprise

A mother in Gwinnet county is in police custody along with her spouse after the couple reported an 8-year-old missing who was later found dead. Police say Brittany Nicole Hall and Celeste Owens reported Nicole Amari Hall missing on Sunday. However, authorities soon realized Hall and Owens’s statements didn’t match the information officers were gathering during their investigation, The Atlanta Journal-Constitution reports.
GEORGIA STATE・9 DAYS AGO

SOUTH FULTON, Ga. — We're learning more information about the five-year-old Fulton County girl shot and killed on Thanksgiving. The City of South Fulton Police Chief Keith Meadows tells 11Alive the person who shot little Khalis Eberhart in the chest was her three-year-old cousin, and the gun belonged to the young boy's father, who is Khalis' uncle.
GEORGIA STATE・6 DAYS AGO
CBS News

A Florida high school student was found safe after she went missing during a school field trip in Georgia, officials announced Monday. Police said they located 16-year-old Mia Brailford at an Alabama address and detained a male suspect in connection with her disappearance. Brailford went missing while her school was...
PALM BEACH COUNTY, FL・24 DAYS AGO
Modesto Bee

Five kids were at home when 28-year-old woman was shot to death, Texas cops say

Deputies are searching for a man who they say shot and killed a 28-year-old woman inside a Houston-area home Nov. 22. Harris County Sheriff’s Office deputies were dispatched to the home early in the day, and they found a woman dead from a gunshot wound, according to Sheriff Ed Gonzalez.
PUBLIC SAFETY・12 DAYS AGO
NBC News

A FedEx driver who dumped nearly 400 packages of various sizes into an Alabama ravine did so on at least six occasions, the Blount County Sheriff’s Office said. “Update on the FedEx dump. Investigators have determined that the driver dumped at least six times making FedEx a victim of six different Theft of Property cases,” Sheriff Mark Moon wrote on the office’s Facebook page Tuesday.
BLOUNT COUNTY, AL・3 DAYS AGO

When the 14-year-old girl went missing, her mother slammed authorities for not doing enough to find her missing child. It was only after the girl was found about a month later when authorities discovered she ran away because of her own mother’s abuse. Investigations revealed that the mom allegedly abused the young teenager for several years. The mother would physically and verbally abuse her and even forced her to go out on the streets and beg for money. If she didn’t come back home with a certain amount, she would hit her, sometimes with objects like a frying pan.
PUBLIC SAFETY・16 DAYS AGO
Shine My Crown

A Houston woman was allegedly stabbed to death by the man she was dating after she revealed that she was carrying his child. Houston police are now searching for the man accused of killing a pregnant 25-year-old Cavanna Smith on the same day she showed him an ultrasound. After stabbing her, he then left her body on the side of the road back.
PUBLIC SAFETY・17 DAYS AGO
The Charleston Press

Weeks-old baby dies after father ‘left it in the sink alone while bathing’ as he went to check over his other children, charged

Newborns require a lot of attention, dedicated time and patience and parents should look over them every single second no matter what. Additionally, parents are required to be very gentle with the babies and avoid drastic movements in order to prevent their babies being hurt. Although these are some of...
PUBLIC SAFETY・28 DAYS AGO
The Vivid Faces of the Vanished

They Only Found Her Legs: What Happened to Candice Taylor

Candice Taylor was a 21-year old manager at CVS in Columbus, Ohio. She had just received her GED and was looking forward to a career in fashion or business. She was a young woman with a bright future.
COLUMBUS, OH・29 DAYS AGO

(CNN) — A South Carolina man was sentenced to 28 years in prison Tuesday after he fled from a burning car and left his 19-month-old daughter to die in the blaze in order to escape a police chase, according to a news release from the Spartanburg County Solicitor’s Office. State...
PUBLIC SAFETY・22 DAYS AGO
11Alive

Mom's message to person who took 1-year-old: 'Don't be irritated by his crying, he's just a baby'

CLARKSTON, Ga. — An Amber Alert was issued early Wednesday morning for a 1-year-old boy who was inside a family vehicle when it was stolen from an apartment complex in Clarkston, police said. Blaise Barnett was last seen wearing a black shirt with blue dinosaurs, a diaper and was wrapped...
CLARKSTON, GA・24 DAYS AGO
CBS 42

Missing toddler carried out of home after being found in car

The 1-year-old boy who was inside of a stolen SUV has been recovered. A woman found him in her car outside of her home.
PUBLIC SAFETY・22 DAYS AGO
CBS New York

EASTCHESTER, N.Y. (CBSNewYork) — A teenager with autism reported missing from Georgia is safe after the FBI tracked him to a home in an upscale Westchester County suburb. The 16-year-old was allegedly lured by a man who befriended him on a video gaming platform, CBS2’s Tony Aiello reported after speaking with the boy and his relieved mother Friday. Jahon Fuller vanished from suburban Atlanta on Oct. 27. The FBI found him 900 miles north in Eastchester, New York on Nov. 2. He was hiding in a closet at a home occupied by 26-year-old Mark Valente. “When the FBI knocked on his door, he...
GEORGIA STATE・28 DAYS AGO
Davenport Journal

Parents kept their 6-year-old daughter locked in dog cage and gagged with duct tape to prevent the child from eating at night, the child starved to death

According to the court documents, the 43-year-old mother and the 52-year-old father starved their adopted daughter to death. Prosecutors also said that they kept her locked up in a dog cage bound and gagged with duct tape to prevent the 6-year-old child from eating during the night. The victim’s sister told investigators that her mother purchased the cage specifically to keep the 6-year-old girl inside of it at night. The girl also said that she’d seen her parents put duct tape on her little sister plenty of times.
PUBLIC SAFETY・20 DAYS AGO
International Business Times

In a shocking incident, five members of a family in India died in a suicide pact after fearing a police investigation into the alleged sale of a newborn baby. The incident took place Sunday when the five people consumed poison to end their lives in the southern state of Karnataka.
PUBLIC SAFETY・25 DAYS AGO