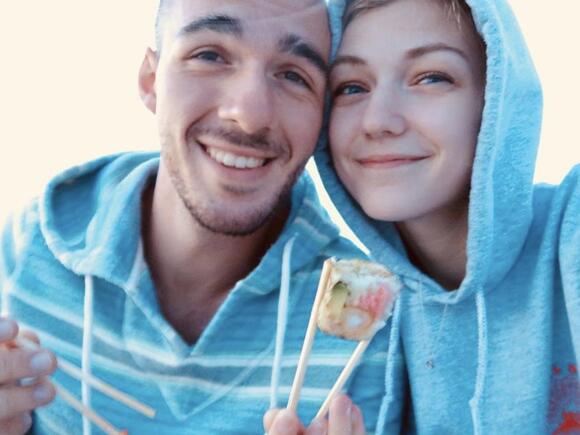 Prosecutors are considering whether to charge "additional individuals" in the disappearance and killing of YouTuber Gabby Petito , her family's attorney said in a statement on Tuesday.

The statement was issued hours after a Florida medical examiner determined that Petito's fiancé, 23-year-old Brian Laundrie, died by suicide .

"The Schmidt and Petito family has been aware of the circumstances surrounding the suicide of the sole suspect in Gabby's murder," the attorney Richard Stafford said in the statement. (Schmidt is Petito's mother's surname.)

"The family was asked to not comment and let the FBI continue their investigation and allow the United States Attorney's Office to make a determination on whether any additional individuals will be charged."

Laundrie was the sole person of interest in the Petito case, and a warrant for his arrest was issued over a charge of missing Petito's debit card.

He was never charged with harming or killing Petito, which legal experts told Insider may have been to give law enforcement more options while investigating.

Laundrie's remains were discovered next to his backpack on October 20 at Florida's Carlton Reserve. His cause of death was a gunshot wound to the head, Florida's District 12 Medical Examiner's Office said.

Steven Bertolino, an attorney for the Laundrie family, told Insider that Laundrie's parents were informed of the medical examiner's findings.

"Chris and Roberta are still mourning the loss of their son and are hopeful that these findings bring closure to both families," Bertolino said.

Bertolino said that after Laundrie's parents officially reported him missing on September 17, they also surrendered five or six guns they had stored in their home — but one was missing.

Laundrie's family previously said they wouldn't hold a funeral for their son.

An independent report found that officers in Utah who stopped Petito and her fiance, Brian Laundrie, made "several unintentional mistakes."
MOAB, UT・6 DAYS AGO
Insider

"If this case was handled flawlessly, would it have changed anything? Nobody knows," the report said, adding that "mistakes were made."
MOAB, UT・6 DAYS AGO
ABC7 Chicago

MOAB CITY, Utah -- An investigation into a domestic violence incident involving Gabby Petito and Brian Laundrie in Utah back in August is now complete. The 102-page report, made by independent law enforcement agency, found that the Moab City Police officers who responded to the incident on August 12, made several "unintentional mistakes," including not citing Petito for domestic violence.
MOAB, UT・6 DAYS AGO

MOAB, Utah (ABC4) – The City of Moab has released its findings into the investigation of the police department’s handling of an incident between Gabby Petito and Brian Laundrie. The report of the investigation, which is over 100 pages and was written by a Captain with the Price City Police Department was released Wednesday. It […]
MOAB, UT・6 DAYS AGO
cbslocal.com

NEW YORK (CBSNewYork) — A new report says two police officers who stopped Gabby Petito and Brian Laundrie last year in Utah should be put on probation. Petito and Laundrie were on a cross-country road trip and traveled through Utah last August. That’s where a witness told police he...
UTAH STATE・6 DAYS AGO
Daily Voice

An independent investigation into how police in Utah handled a domestic violence incident between Long Island natives Gabby Petito and her boyfriend Brian Laundrie revealed officers made several "unintentional" mistakes. Petito, age 22, of Blue Point in Suffolk County, who had been on a road trip with Laundrie, was killed...
MOAB, UT・5 DAYS AGO
fox40jackson.com

Moab authorities released a report Wednesday on the independent investigation into their police department’s handling of the Aug. 12 domestic call involving Gabby Petito and Brian Laundrie – which resulted in no arrests despite Utah state law mandating an arrest or citation in domestic violence incidents. The investigation...
PUBLIC SAFETY・6 DAYS AGO

FIRST ON FOX: An outside investigation into the Aug. 12 domestic violence incident between Gabby Petito and Brian Laundrie in Moab, Utah, found "unintentional mistakes" – and issued a number of recommendations on how the department should move forward. Among the top takeaways, both officers involved should be placed...
MOAB, UT・6 DAYS AGO
uticaphoenix.net

Utah officer who responded to Gabby Petito incident said he

The parents of Brian Laundrie are looking to reclaim a notebook related to the investigation into their son's death, according to statements made by their attorney.
TAMPA, FL・14 DAYS AGO
The Independent

Three teenagers were found dead in a home near Houston, Texas, in an apparent double murder and suicide case, according to police.The bodies — two females and one male — were found by a family member living next door while they were “trying to locate someone,” Harris County sheriff Ed Gonazalez said at a press conference on Tuesday.The sheriff, citing preliminary information, said the girls appeared to be around 17 years old and the boy appeared to be 15 years old.Signs of trauma were found on the bodies that were discovered from a rural area near the community of Crosby,...
PUBLIC SAFETY・8 HOURS AGO

Two police officers who responded to a domestic violence call involving Gabby Petito and Brian Laundrie last year in Moab, Utah, should be put on probation for what the city called “several unintentional mistakes” made during the encounter, according to an independent investigator. Petito and Laundrie were traveling...
MOAB, UT・6 DAYS AGO
Popculture

An independent investigator report in the Gabby Petito case reveals that officers who stopped Petito and her fiance Brian Laundrie in Utah and found a distraught Petito after an apparent domestic violence incident had a missed opportunity to intervene. Days after the police interaction, Petito was declared missing and her body was later discovered. Laundrie was a person of interest in her disappearance but he too went MIA and was later found dead of an apparent suicide. Now, the investigators say had police intervened in a different way, it could have been a different outcome.
PUBLIC SAFETY・5 DAYS AGO
KEYT

The family of a mentally ill Black man who died after South Carolina jail employees repeatedly stunned him and then kneeled on his back until he stopped breathing is still seeking criminal charges one year later. Relatives for Jamal Sutherland want South Carolina Attorney General Alan Wilson to prosecute the Charleston County guards who restrained the 31-year-old shortly before his death. Sutherland’s family was joined Thursday in Charleston by prominent civil rights attorney Benjamin Crump and the relatives of several Black men whose killers were later prosecuted in high-profile trials. Ninth Circuit Solicitor Scarlett Wilson had said last year that she couldn’t prove the guards intended to kill Sutherland.
PUBLIC SAFETY・5 DAYS AGO
insideedition.com

Phoenix Mother of 5 Disappears After Call to Mother Telling Her She's Been Stabbed by Her Boyfriend: Police

Phoenix police are searching for a mother of five who went missing after she placed a chilling call to her mother telling her she’d been “stabbed in the neck by her boyfriend,” and to “call the police," officials said, according to a published news report. Irene...
PHOENIX, AZ・21 HOURS AGO
The Independent

A man has admitted exploiting a vulnerable victim who told investigators he had lived in a shed for 40 years.Peter Swailes Jr, 56, pleaded guilty at Carlisle Crown Court on Tuesday ahead of his scheduled modern slavery trial.He had previously pleaded not guilty to conspiring with his father, Peter Swailes, 80, to arrange or facilitate the travel of an individual between 2015 and 2019 with a view to him being exploited.His father, from Carlisle, denied the same charge but died last year.The charges came after a three-year investigation by the Gangmasters and Labour Abuse Authority (GLAA), supported by Cumbria Police...
PUBLIC SAFETY・11 HOURS AGO
CBS Denver

ADAMS COUNTY, Colo. (CBS4) – Adams County Sheriff’s investigators identified the man accused of hitting three pedestrians in a domestic violence incident as 36-year-old Manuel Handboy. On Jan. 15, deputies responded to 63rd Avenue and Federal Boulevard after three people were reportedly hit by a car. When they arrived, found three women had been hit and they believe the driver was targeting one of them. (credit: CBS) Deputies later found out Handboy and one of the women were involved in a domestic violence incident. They say Handboy saw the victim walking in a parking lot with the two other women. They say he drove his vehicle at a high rate of speed into the parking lot, hitting the women and some parked cars. Manuel Handboy (credit: Adams County Sheriff) Handboy’s vehicle rolled over as a result. He tried to run away, but a witness caught him. Investigators say one woman suffered critical injuries and the other two are expected to recover. Handboy now faces a slew of charges including attempted first degree murder, vehicular assault, DUI and domestic violence.
ADAMS COUNTY, CO・2 DAYS AGO
The Independent

A woman accused of murdering her two-year-old son inadvertently recorded her co-defendant boyfriend allegedly hitting the little boy in “harrowing” audio clips played to jurors.Phylesia Shirley is said to have carried out the covert phone recordings at her one-bedroom flat to check whether then-partner Kemar Brown was secretly contacting other women.However, police investigating the death of her son, Kyrell Matthews, discovered that the recordings contained disturbing evidence of the non-verbal boy being hit repeatedly, with Brown saying “shut up”, causing the toddler to cry and scream.Kyrell died at the flat on October 20 2019, with a litany of internal injuries,...
PUBLIC SAFETY・6 HOURS AGO
iHeartRadio