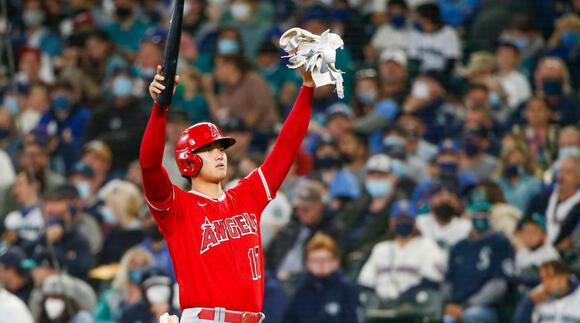 The Dodgers led the crowd with five selections this year while the World Series champion Braves and the Blue Jays had four picks apiece.

Shohei Ohtani continues his historic season with another award after being unanimously voted the American League MVP .

The Angels two-way star found himself on both the All-MLB first and second team, landing on the former as a designated hitter and latter as a starting pitcher.

Per MLB Stats , Ohtani is the only player to tally 30-plus homers and 30-plus strikeouts while pitching in a single season.

Franchise-wise, the Dodgers led the crowd with five selections this year, including Max Scherzer and Trea Turner. Meanwhile, the World Series champion Braves and the Blue Jays had four picks apiece.

Here is the full breakdown of the first and second All-MLB team.

Three weeks from when pitchers and catchers usually report and no one knows when spring training will start or if it will be a truncated schedule.
MLB・1 DAY AGO
Inside The Dodgers

Justin Turner began the 2021 season batting .305 with 29 homers, 50 RBI, and a 1.088 OPS over 84 games. Then he was selected to play in the All-Star Game for the second time, and it appeared as if the Dodgers made a brilliant move in signing him to a 2-year deal with a team option in the previous ...
MLB・1 DAY AGO
Inside The Dodgers

The left-handed hitter has a new coach to help him in the batting cages.
MLB・14 HOURS AGO
Inside The Phillies

One of the first black superstars in Philadelphia Phillies history, today we remember the legendary career of Dick Allen.
MLB・2 DAYS AGO

Frequent Buck Showalter collaborator Brian Butterfield was briefly considered for a role on the Mets’ coaching staff but was turned down for his refusal to get vaccinated.
MLB・2 DAYS AGO
Sports Illustrated

Inside the Phillies fielded mailbag questions while the MLB lockout is in full force.
MLB・2 DAYS AGO
Sports Illustrated

This is the last Five-Tool Newsletter before the results of the BBWAA Hall of Fame election are announced, so I’ll be revealing my hypothetical ballot today. Sure, it has no bearing on the actual process, but it’s fun. And as the lockout drags on, there aren’t too many better things to talk about. ...
NFL・2 DAYS AGO
USA TODAY

USA TODAY Sports broke down the 12 most intriguing cases on the ballot, with all you need to know heading into Tuesday’s momentous announcement.
MLB・1 DAY AGO
USA TODAY

Jean Segura doesn't put up flashy numbers or make dazzling defensive plays, but all together he is one of the most well-rounded players in the National League.
MLB・19 HOURS AGO
247Sports

Is Deebo Samuel the Shohei Ohtani of the NFL?

CBS Sports Radio show Maggie and Perloff, hosted by Maggie Gray and Andrew Perloff, have a great respect for former South Carolina wide receiver Deebo Samuel. Perloff went as far as to compare him to the NFL version of Shohei Ohtani, who has taken Major League Baseball by storm as one of the top pitchers and top hitters in the game.
NFL・1 DAY AGO