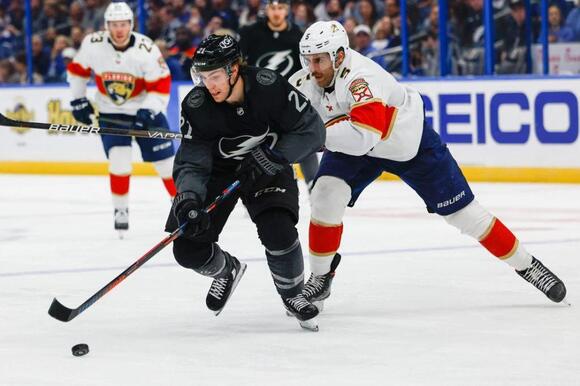 The Tampa Lightning announced Tuesday that star center Brayden Point will be sidelined 4 to 6 weeks with the upper-body injury he sustained on Saturday.

Point was injured during a 5-3 loss to the New Jersey Devils. He crashed hard into the wall in the third period after being tripped and immediately grabbed near his left shoulder and collarbone.

A penalty shot was given to the Lightning. Point took it and hit the crossbar before finishing out the game.

The loss of Point comes at the same time Tampa Bay is also without standout forward Nikita Kucherov, who has been out since sustaining a groin injury on Oct. 16 against the Washington Capitals.

Defenseman Zach Bogosian said after Tuesday’s morning skate that the rest of the players need to step up. 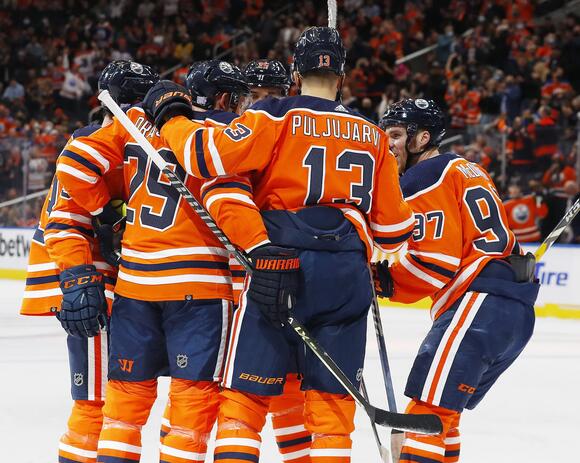 “Our locker room is full of gamers,” Bogosian said hours before Tampa Bay’s game against the Philadelphia Flyers. “It’s guys that just want to play. Everyone wants to play more, so anytime you get an opportunity, I’m not really too worried about guys stepping up into bigger roles or anything like that. I think we have and are going to handle it just fine and just keep moving forward.”

Point has seven goals and six assists in 16 games this season.

Point signed an eight-year, $76 million extension in July. The deal begins with the 2022-23 campaign and keeps Point under contract through the 2029-30 season.

The 25-year-old Point has been a key cog on Tampa Bay’s back-to-back Stanley Cup championship teams. He has 146 goals and 177 assists (323 points) in 367 games over five-plus seasons with the Lightning.

Point’s playoff performance has been ever better, as he scored the most postseason goals — 14 both times — in the NHL in each of the past two campaigns. Overall, Point has 36 goals and 37 assists in 67 postseason games.

The Tampa Bay Lightning have recalled forward Charles Hudon from the Syracuse Crunch to the taxi squad today, vice president and general manager Julien BriseBois announced Tuesday. Hudon, 5-foot-10, 190 pounds, has played in 26 games with the Crunch this season, recording 11 goals and 22 points, along with seven...
NHL・2 DAYS AGO
nbcsportsedge.com

Editor’s Note: Now, all our premium tools for Fantasy, DFS and Betting are included in one subscription at one low price. Customers can subscribe to NBC Sports EDGE+ monthly ($9.99) or save 20% on an annual subscription ($95.88). And don't forget to use promo code SAVE10 to get 10% off. Click here to learn more!
NHL・1 DAY AGO
Tampa Bay Times

Phillip Danault’s slew foot on Brayden Point fired up both Point and the Lightning bench during Tuesday’s 6-4 win over the Kings, and now the Los Angeles center’s pocketbook will be a little lighter because of it. The NHL’s department of player safety on Wednesday fined Danault...
NHL・1 DAY AGO
San Diego Union-Tribune

Victor Hedman had two goals and an assist, Nikita Kucherov extended his scoring tear since returning from injury and the Tampa Bay Lightning topped the Los Angeles Kings 6-4 for their fourth straight win
NHL・1 DAY AGO

Islanders veteran Zdeno Chara dropped Flyers defenseman Zack McEwan with an uppercut to the face, then made sure to check if his opponent was OK.
NHL・1 DAY AGO
Sportsnaut

Now that the 2021-22 season is about half of the way through, and Covid is ravaging many clubs, it’s time
NHL・2 DAYS AGO
KMOX News Radio

The NHL season officially started back on October 12. In this article, we track all the NHL games today as
NFL・8 HOURS AGO

Home hasn’t been very sweet this season for the Vegas Golden Knights, who close out an eight-game homestand on Thursday
NHL・23 HOURS AGO
KREX

None of the kids recognized the elderly man when he first entered Raleigh’s Chavis Community Center in November 1999. A hockey player? He didn’t look like a hockey player. Certainly not like the hockey players the kids might have seen with the Carolina Hurricanes — or on TV.
NHL・2 DAYS AGO
CBS San Francisco

SAN JOSE (CBS SF) – On Monday, San Jose Sharks winger Timo Meier achieved something that hadn’t been done in an NHL game since 1994 – score five goals by himself – and he did it with a period to spare. Meier, who was named to the NHL All-Star game last week for the first time in his career, scored five goals against the Los Angeles Kings within the first 40 minutes of their match in L.A. Monday. The Sharks beat the Kings 6-2. Timo Meier scores his fifth goal this afternoon to set a new franchise record for goals in a...
NHL・2 DAYS AGO
Sportsnaut

Tom Wilson scored 26 seconds into overtime, and the Washington Capitals overcame a two-goal deficit and a late blown lead
NHL・1 DAY AGO

After the first 20 minutes, it seemed as if the Vegas Golden Knights were going to coast to victory in
NHL・2 DAYS AGO