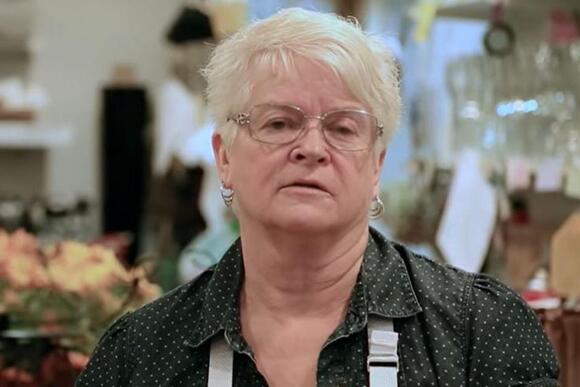 Eight years ago, florist Barronelle Stutzman, the owner of Arlene's Flowers in Richmond, Washington refused to serve a gay couple, Robert Ingersoll and Curt Freed, for their wedding. The couple was deeply hurt by her decision because Ingersoll had been a long-time client of the flower shop.

"After Curt and I were turned away from our local flower shop, we canceled the plans for our dream wedding because we were afraid it would happen again. We had a small ceremony at home instead," said Robert Ingersoll in a statement.

The couple sued the shop with the help of the American Civil Liberties Union under Washington's anti-discrimination law. The rule states that businesses that are open to the general public cannot refuse to serve someone based on their sexual orientation. The law specifies that this form of discrimination is illegal even if it's based on someone's sincere religious beliefs.

Stutzman, who was represented by the Alliance Defending Freedom (ADF) claimed that her "religious freedom" granted her the right to discriminate against the couple and that being forced to sell flowers to them violated her freedom of speech.

Barronelle Stutzman, the Washington State florist who was sued over refusing to serve a gay couple’s wedding, has withdrawn her appeal to the U.S. Supreme Court.https://www.advocate.com/news/2021/11/18/washington-florist-settles-gay-couple-ends-court-battle?utm_source=twitter&utm_medium=social&utm_campaign=news …

According to the Southern Poverty Law Center , the organization has a long history of promoting homophobia:

"The Alliance Defending Freedom is a legal advocacy and training group that has supported the recriminalization of sexual acts between consenting LGBTQ adults in the U.S. and criminalization abroad; has defended state-sanctioned sterilization of trans people abroad; has contended that LGBTQ people are more likely to engage in pedophilia; and claims that a "homosexual agenda" will destroy Christianity and society."

The case went all the way to the state's Supreme Court who unanimously ruled against Stutzman.

However, the fight didn't stop there. Stutzman filed with the U.S. Supreme Court to hear the case.

The court denied a petition by Stutzman and her lawyers in July of 2021, over the dissent of conservative judges Clarence Thomas, Neil Gorsuch and Samuel Alito.

Earlier this month, the court battle came to an end when Stutzman agreed to withdraw her petition and agreed to pay $5,000 to Ingersoll and Freed. The couple has agreed to donate the money to an LGBT youth charity.

Barronelle Stutzman of Arlene's Flowers said she will turn the "struggle for freedom over to others" after settling with Curt Freed and Robert Ingersoll.https://www.huffpost.com/entry/washington-state-florist-same-sex-wedding-settlement_n_61983c8be4b0451e54fa20cd?d_id=2859022&ncid_tag=tweetlnkushpmg00000016&utm_medium=Social&utm_source=Twitter&utm_campaign=us_politics …

Her lawyers say that Stutzman is "at peace" with the settlement because she can "finally retire with her conscience intact, and she knows that the legal effort to protect the artistic freedoms of creative professionals" will continue in other challenges.

The couple hopes that their hard-fought battle means that other same-sex couples won't have to endure the same discrimination they did.

"We hope this decision sends a message to other LGBTQ people that no one should have to experience the hurt that we did," Ingersoll said in a statement.

Stutzman fought against providing flowers for a same-sex wedding because she believed doing so violated her religious beliefs. But does she understand that her high-profile court cases stretching over eight years probably did much more harm than good for her faith?

The number of people who identify as Christian has been on a steep decline for the past 10 years in America and a major reason is the religion's views on LGBTQ issues.

If more people went out on a limb to promote the ideas of peace and love that were at the core of Christ's teachings, they'd bring a lot more people to the faith than by making sacrifices to promote intolerance.

I don't understand why anyone (LGBTQ community, or anyone else) wants to sue a company that doesn't want to serve them (or why a company should have to sue because they don't want to serve someone). If a company I went to decided for whatever reason they didn't want to sell to me, no big deal - I'd find someplace else to shop.

Supreme Court tees up wetlands fight that could cuff EPA

The Supreme Court’s decision today to take a fresh look at the scope of the Clean Water Act could impair EPA’s ability to protect isolated wetlands and ephemeral and intermittent streams. It’s the latest brawl the high court has agreed to tackle with the potential to reshape national...
CONGRESS & COURTS・17 HOURS AGO
NBC News

One of the Supreme Court's conservatives blasted the city of Fredericksburg, Virginia, on Tuesday, saying officials improperly delved into the internal religious practices of a church after it requested a property tax exemption for two of its ministers. "The First Amendment does not permit bureaucrats or judges to subject religious...
FREDERICKSBURG, VA・6 DAYS AGO
Washington Times

Justice Sonia Sotomayor reportedly won’t attend Supreme Court sessions in person because one of her colleagues won’t wear a mask. According to a report Tuesday by National Public Radio, Justice Sotomayor is hearing cases and participating in the justices’ weekly conference only remotely because she fears the COVID-19 virus.
CONGRESS & COURTS・6 DAYS AGO
The Independent

Julian Assange can appeal to Supreme Court over US extradition, High Court rules

Julian Assange has won the first stage of his bid to appeal against the decision to extradite him to the United States to the Supreme Court.Speaking to the media after the ruling at the High Court, Assange’s fiancee Stella Moris said the ruling was “precisely what we wanted to happen.” “The situation now is that the Supreme Court has to decide whether it will hear the appeal but make no mistake, we won today in court,” Ms Moris said. “But let’s not forget every time we win, as long as this case isn’t dropped, as long as Julian isn’t...
CONGRESS & COURTS・19 HOURS AGO

In this Supreme Court, any lawyer who dares to defend a campaign finance law knows they have little chance of prevailing. And Wednesday’s oral argument on one of the few remaining safeguards against excessive money in politics was no exception. The unfortunate soul tasked with defending a niche but...
CONGRESS & COURTS・5 DAYS AGO
CBS DFW

WASHINGTON (CBSDFW.COM/AP) — In the latest setback for abortion rights in Texas, the Supreme Court on Thursday refused to speed up the ongoing court case over the state’s ban on most abortions. Over dissents from the three liberal justices, the court declined to order a federal appeals court to return the case to a federal judge who had temporarily blocked the law’s enforcement. The court offered no explanation for its action. The Texas ban is thus likely to remain in effect for the foreseeable future, following a decision by the 5th US Circuit Court of Appeals in New Orleans to send the...
TEXAS STATE・4 DAYS AGO
Business Insider

Clarence Thomas' wife spoke at a conservative conference featuring the founder of the Oath Keepers, a far-right militia group involved in the Capitol riot

The event with Stewart Rhodes is one of many ties Virginia Thomas has to right-wing extremists and the January 6 insurrection, the New Yorker reported.
CONGRESS & COURTS・2 DAYS AGO
The Columbus Dispatch

ATLANTA (WGXA) -- The Georgia Supreme Court has held that a DUI suspect who refused to give a urine sample can't have his refusal admitted into evidence by State prosecutors. In AWAD v. THE STATE, the Justices ruled that doing so compels the defendant to possibly incriminate himself, a violation of Georgia's Constitution.
GEORGIA STATE・5 DAYS AGO
Washington Times

The attorney for Boston’s government ran into a buzzsaw Tuesday at the Supreme Court as the city defended its decision to block a group from flying a banner on a city hall flagpole because of the group’s Christian affiliation. The city allowed hundreds of other flags to fly...
BOSTON, MA・6 DAYS AGO
Cleveland.com

COLUMBUS, Ohio - The lead plaintiff in the U.S. Supreme Court case that made gay marriage legal throughout the United States has embarked on a new political crusade: He’s running for a state legislative district in his hometown of Sandusky. Jim Obergefell announced Tuesday that he’s seeking the 89th...
COLUMBUS, OH・6 DAYS AGO
AOL Corp

Outside their usual docket of blockbuster constitutional controversies, Supreme Court justices are divided over something else: face masks. The high court returned to in-person arguments in October, but a recent surge in COVID cases due to the omicron variant has the justices split over safety protocols. Associate Justice Sonia Sotomayor...
CONGRESS & COURTS・6 DAYS AGO

A letter from the office of Attorney General Jason Miyares sent to the Supreme Court cited a "change in Administration" in its new stance.
VIRGINIA STATE・20 HOURS AGO
MSNBC

As Fulton County District Attorney Fani Willis requests a special grand jury to aid her investigation into Donald Trump's alleged election interference, the controversy clearly has the former president's attention. I can say this with confidence because Trump, who said very little about the matter for months, suddenly can't stop talking about it.
GEORGIA STATE・19 HOURS AGO
USA TODAY

Adam Laxalt isn’t overpromising. The Nevada Republican, his party’s leading candidate for Senate in the Silver State, offered a modest menu of agenda items he plans to pursue should the GOP win a majority of seats in the chamber in the midterm elections. Topping the list? Using control of the floor, and key Senate committees, to conduct aggressive oversight of President Joe Biden and his administration. Laxalt also would encourage the Republican majority he hopes to usher in to look deeper into the Russia investigation that consumed Washington during most of former President Donald Trump’s term.
PRESIDENTIAL ELECTION・1 DAY AGO
Vice

Unraveling viral disinformation and explaining where it came from, the harm it's causing, and what we should do about it. A draft executive order that would have allowed former President Donald Trump to seize voting machines in the wake of the 2020 election was published in full for the first time on Friday, showing the lengths the Trump administration considered going to in their campaign to overturn the vote.
PRESIDENTIAL ELECTION・21 HOURS AGO