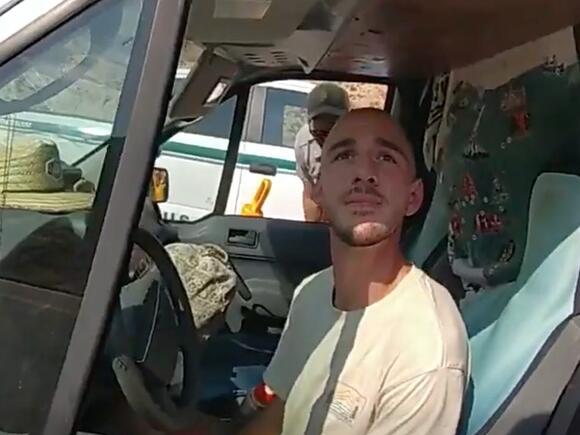 Brian Laundrie — who was the sole person wanted in connection with the killing and disappearance of his fiancée, Gabby Petito — died by suicide, a Florida medical examiner said on Tuesday.

Steven Bertolino, an attorney for the Laundrie family, told Insider that the 23-year-old's parents, Chris and Roberta, were informed of the medical examiner's findings.

"Chris and Roberta are still mourning the loss of their son and are hopeful that these findings bring closure to both families," Bertolino said.

Laundrie's skeletal remains were discovered on October 20 near his backpack at Florida's vast Carlton Reserve in an area that had previously been underwater, the FBI said at the time.

The District 12 Medical Examiner's Office in Sarasota determined Laundrie's cause of death was a gunshot wound to the head and the manner of death was suicide.

His parents had told authorities their son had gone for a hike there on September 13 and never returned to their North Port home.

Laundrie was officially reported missing by his parents on September 17.

And after that the parents surrendered five or six guns that they had in their home to law enforcement, except for one that was missing, Bertolino told Insider on Tuesday.

It is unclear if that missing gun was the one Laundrie used to kill himself.

A day after Laundrie's remains were found in the wildlife preserve, the FBI revealed that a comparison of dental records confirmed they were his.

According to the medical examiner's office, DNA analysis also confirmed the remains were Laundrie's.

The North Port Police spokesperson Josh Taylor previously told Insider that the remains found at the reserve, which connects to the 160-acre Myakkahatchee Creek Environmental Park, consisted of "bones."

Laundrie's remains were found at a location his parents had "advised" authorities to search for him , Bertolino previously told Insider.

The initial autopsy came back "inconclusive," and Laundrie's remains were sent to a forensic anthropologist to be analyzed, Bertolino previously said.

A US district court issued an arrest warrant for Laundrie on a charge related to bank card fraud in September , and he was the subject of a massive FBI-led manhunt before his remains were discovered.

Laundrie disappeared nearly two weeks after he returned home from a joint cross-country road trip without Petito on September 1.

Petito's body was discovered at a remote campsite in Wyoming on September 19. A coroner later determined her manner of death was homicide and the cause was manual strangulation .

Richard Stafford, an attorney for Petito's family, said in a statement Tuesday that the family was "aware of the circumstances surrounding the suicide of the sole suspect in Gabby's murder."

The family, Stafford said, "will not be making a statement at this time due to the request of the United States Attorney's Office and the Teton County Prosecutor's Office."

The lawyer added, "The family was asked to not make any comments and let the FBI continue their investigation."

The family will make a statement once the United State Attorney's Office makes a determination "on whether any additional individuals will be charged," Stafford said.

Nicholas Rossi faked his own death and was living off-grid until he became dangerously ill with COVID-19 in Scotland. He now faces a rape trial in Utah.
PUBLIC SAFETY・16 HOURS AGO
Insider

The woman said she was trying to isolate from her son, who had previously tested positive, while she drove him to the site to get re-tested.
TEXAS STATE・16 HOURS AGO
Insider

A man took four people hostage at a Texas synagogue on Saturday, starting a 10-hour standoff that ended in his death, authorities said.
COLLEYVILLE, TX・5 HOURS AGO

Virginia Beach police forged DNA results to get suspects to confess to crimes. The practice is legal.

The Virginia Beach Police Department said that while it was legal to forge the documents, it "was not in the spirit of what the community expects."
VIRGINIA BEACH, VA・1 DAY AGO
Insider

Ohio siblings face felony charges after they chopped down a 250-year-old tree to sell it for lumber, authorities say

The walnut tree was worth at least $28,800, the Cleveland Metroparks Police Department said. To replace the tree would cost over $100,000.
CLEVELAND, OH・16 HOURS AGO
Insider

At least 6 people were hospitalized following mass shooting at concert venue in Oregon, according to police

Eugene Police Department Chief Chris Skinner said the potential suspect is a male who was seen running in a hoodie near WOW Hall in Eugene, Oregon.
EUGENE, OR・18 HOURS AGO
Insider

The update comes one day after officials said Baldwin had still not surrendered his phone, one month after a search warrant was issued for the device.
SANTA FE COUNTY, NM・1 DAY AGO

Sergeant Christopher Pullease, a 21-year veteran, has been assigned to desk duty while the department investigates the incident in Sunrise, Florida.
SAINT PETERSBURG, FL・18 HOURS AGO
Insider

Inmates at Rikers Island claim the poor conditions at the prison fail to meet 'mandatory, minimum standards for a human being'

In one of the voicemails, inmate Ervin Bowins said the current conditions do not meet the "mandatory, minimum standards for a human being."
NEW YORK CITY, NY・1 DAY AGO
Insider

A Michigan man accused of spraying police at the Capitol with chemical irritants stormed out of a virtual detention hearing on Wednesday.
PROTESTS・1 DAY AGO
Insider

175 rioters have pleaded guilty for their role in the Capitol insurrection so far. This table is tracking them all.

More than 750 people have been charged with crimes over the Capitol riot on January 6, 2021, and 175 have pleaded guilty a year later.
PROTESTS・1 DAY AGO