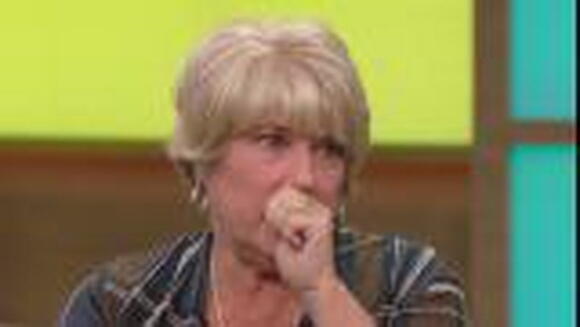 The results of an autopsy on Brian Laundrie ’s body will be announced in the following 48 hours, a lawyer for his family has said.

Steve Bertolino, an attorney for the Laundrie family, told News 4 New York of the news on Tuesday.

He said that the results of an autopsy on the body of the 23-year-old would be released “today” or “tomorrow”.

The autopsy, which was carried out by the Sarasota County medical examiner, failed to fully establish a cause of death.

“I was told the manner and cause of death and the remains were sent to an anthropologist [for] further evaluation,” Mr Bertolino said of North Police police and the medical examiner last month.

No conclusive cause of death for the resident of North Port, Florida, followed an almost months-long search for the 23-year-old.

Mr Laundrie was a person of interest in the death of his fiancé, 22-year-old Gabby Petito , who was reported missing on 11 September.

She was found deceased in Wyoming on 19 September and a coroner ruled her death a homicide by strangulation.

Mr Laundrie’s remains were found a month later on 20 October after going missing in a Florida’s Carlton nature reserve on 13 September.

He returned alone from a road trip with his fiancé on 1 September, igniting a months-long police manhunt.

The search and investigations into both disappearances also generated widespread interest and media coverage.

Mr Bertolino, the Laundrie family lawyer, said in October that the 23-year-old’s remains would be cremated and that his parents would not hold a funeral service.

Brian Laundrie’s parents have asked the FBI to hand over a notebook that was found near their son’s skeletal remains, their attorney told the media Tuesday. There have been several speculations in the past the notebook could likely hold clues about the death of Laundrie’s girlfriend Gabby Petito.
SARASOTA COUNTY, FL・14 DAYS AGO
Insider

"If this case was handled flawlessly, would it have changed anything? Nobody knows," the report said, adding that "mistakes were made."
MOAB, UT・6 DAYS AGO
ABC7 Chicago

MOAB CITY, Utah -- An investigation into a domestic violence incident involving Gabby Petito and Brian Laundrie in Utah back in August is now complete. The 102-page report, made by independent law enforcement agency, found that the Moab City Police officers who responded to the incident on August 12, made several "unintentional mistakes," including not citing Petito for domestic violence.
MOAB, UT・6 DAYS AGO
maggrand.com

Brian Laundrie’s parents, Chris and Roberta Laundrie, are seeking to have access to their late son’s bank accounts. However, the FBI is not planning to turn over a notebook in addition to other items recovered near Brian’s body in the Myakkahatchee Creek Environmental Reserve last year, where he is believed to have committed suicide by shooting himself in the head.
PUBLIC SAFETY・13 DAYS AGO

An independent investigation into how police in Utah handled a domestic violence incident between Long Island natives Gabby Petito and her boyfriend Brian Laundrie revealed officers made several "unintentional" mistakes. Petito, age 22, of Blue Point in Suffolk County, who had been on a road trip with Laundrie, was killed...
MOAB, UT・6 DAYS AGO
Fox News

Moab authorities released a report Wednesday on the independent investigation into their police department's handling of the Aug. 12 domestic call involving Gabby Petito and Brian Laundrie – which resulted in no arrests despite Utah state law mandating an arrest or citation in domestic violence incidents. The investigation includes...
PUBLIC SAFETY・6 DAYS AGO
CBS Minnesota

MINNEAPOLIS (WCCO) — The federal civil rights trial of three former Minneapolis police officers in the death of George Floyd begins Wednesday in St. Paul. While Derek Chauvin pleaded guilty last month in this case, Alexander Kueng, Tou Thao and Thomas Lane have all pleaded not guilty. Under federal rules, trials are not televised. While Chauvin never testified in his trial, legal experts including Joe Tamburino believe the three defendants will testify. “They have to get up on stand to say they did not aid and abet or help Mr. Chauvin deprive the rights of Mr. Floyd,” Tamburino said. The three former officers who...
MINNEAPOLIS, MN・2 HOURS AGO
Telegraph

A police officer who was jailed for assaulting two black members of the public while on duty has been found dead at his home. Declan Jones, a former constable with West Midlands Police, was said to have caused a public relations “disaster” for police with the assaults on consecutive days in April 2020.
LAW ENFORCEMENT・21 DAYS AGO

A “fundamental error” left the murder of a six-year-old boy unsolved for more than 20 years, a court has heard.James Watson was aged just 13 when he allegedly launched a “surprise attack” on Rikki Neave and strangled him with his own jacket on November 28 1994, the Old Bailey heard.He then allegedly stripped the boy’s body and posed him in a “star shape” in woodland, before dumping his clothes in a nearby bin.Watson, now aged 40, was seen with the victim on the day he went missing and was spoken to by police as a witness at the time, the...
PUBLIC SAFETY・1 DAY AGO
The Independent

The family of Michelle Alyssa Go, who was killed after being pushed in front of a subway train at Times Square station in New York City, have issued a statement saying that they are “in a state of shock”.The family said they are “grieving the loss of our daughter, sister, and friend”. “We hope Michelle will be remembered for how she lived and not just how she died. She was a beautiful, brilliant, kind, and intelligent woman who loved her family and friends, loved to travel the world and to help others,” they added in the statement shared with...
PUBLIC SAFETY・1 DAY AGO
The Independent

Three teenagers were found dead in a home near Houston, Texas, in an apparent double murder and suicide case, according to police.The bodies — two females and one male — were found by a family member living next door while they were “trying to locate someone,” Harris County sheriff Ed Gonazalez said at a press conference on Tuesday.The sheriff, citing preliminary information, said the girls appeared to be around 17 years old and the boy appeared to be 15 years old.Signs of trauma were found on the bodies that were discovered from a rural area near the community of Crosby,...
PUBLIC SAFETY・13 HOURS AGO
The Independent

A man found dead in his prison cell while awaiting trial for the murder of missing Diane Douglas had sustained a self-inflicted neck wound.Stuart Williamson, 56, was accused of killing Ms Douglas between December 1 and December 31 2018, when she would have been 55 or 56.Williamson was found dead in his prison cell at HMP Norwich at around 5pm on December 29 2021, Norfolk Police said.October 21 2021: Ms Douglas is reported missing by family, triggering a 'no body' murder investigationOctober 30: Williamson is arrested before being charged with murder, with a trial set for April 2022. He had...
PUBLIC SAFETY・2 DAYS AGO

A woman accused of murdering her two-year-old son inadvertently recorded her co-defendant boyfriend allegedly hitting the little boy in “harrowing” audio clips played to jurors.Phylesia Shirley is said to have carried out the covert phone recordings at her one-bedroom flat to check whether then-partner Kemar Brown was secretly contacting other women.However, police investigating the death of her son, Kyrell Matthews, discovered that the recordings contained disturbing evidence of the non-verbal boy being hit repeatedly, with Brown saying “shut up”, causing the toddler to cry and scream.Kyrell died at the flat on October 20 2019, with a litany of internal injuries,...
PUBLIC SAFETY・11 HOURS AGO
San Luis Obispo Tribune

The San Luis Obispo County Sheriff’s Office said that the results of an autopsy related to the victim of a fatal shark attack in Morro Bay on Dec. 24 will take weeks to complete. Tomas Butterfield, 42, of Sacramento, was killed by a shark off the coast of Morro...
MORRO BAY, CA・14 DAYS AGO
AL.com

Comedian Bob Saget was found lying on his bed at an Orlando hotel room Sunday afternoon, unresponsive but without any signs of foul play or trauma, according to an incident report released Monday. Saget, who rose to fame on the hit TV show “Full House,” was pronounced dead inside his...
ORLANDO, FL・9 DAYS AGO
The Independent

The man wanted on suspicion of the murder of 24-year-old Brianna Kupfer has been taken into custody in California.The Los Angeles Police Department confirmed on Wednesday afternoon that Shawn Laval Smith was arrested by Pasadena police at around 11:50am that morning in the area of Fair Oaks and Colorado Blvd in Pasadena - roughly 17 miles from the luxury furniture store where Ms Kupfer was found murdered on 13 January.“We can confirm, Shawn Laval Smith, the suspect responsible for the murder of Brianna Kupfer is in custody,” the department tweeted.A huge manhunt had been underway to track down Mr...
PUBLIC SAFETY・54 MINUTES AGO
The Independent

A “defenceless” two-year-old boy was murdered by his mother and her boyfriend after suffering a “catalogue of very significant” injuries in the weeks before he died, a court heard.Kyrell Matthews died with 41 rib fractures, as well as significant internal bleeding and bruising, allegedly caused by “very forceful squeezing or blows”, prosecutors say.Kyrell’s mother, Phylesia Shirley, and her then-boyfriend, Kemar Brown, deny murdering the boy at Shirley’s home in Thornton Heath south London on October 20 2019.Opening the case at the Old Bailey on Tuesday afternoon, prosecutor Edward Brown QC told jurors: “What you will hear in the...
PUBLIC SAFETY・1 DAY AGO
CBS Chicago

CHICAGO (CBS) — Two men are hospitalized after they were shot in the city’s Portage Park neighborhood Sunday afternoon, police said. The men, 19 and 21, were in a vehicle in the 4000 block of North Laramie around 3:45 p.m. when they were struck by gunfire. The 19-year-old was struck in the stomach. He was taken to Lutheran General Hospital where he was initially reported in good condition. The 21-year-old was struck and the back and taken to Advocate Illinois Masonic Medical Center where he was reported in critical condition. No one is in custody. Area Five detectives are investigating.
CHICAGO, IL・2 DAYS AGO
CBS Denver

(CBS4) — There is now a $25,000 reward for information related to the death of Jacob Brady. Jacob Brady (credit: Denver Police) Police were called to the 4500 block of West 2nd Avenue on the afternoon of Nov. 26 and found Brady deceased. (credit: CBS) The cause of death was not released and police did not provide any other details. Anyone with information is asked to call Metro Denver Crime Stoppers at (720) 913-7867. Callers can remain anonymous and may be eligible for a reward. Jacob Brady (credit: Denver Police) The reward was increased to up to $25,000, with the majority being provided by family, friends and a Go-Fund Me campaign, as well as donations from an anonymous donor and Metro Denver Crime Stoppers.
DENVER, CO・5 HOURS AGO
The Independent

Police have released doorbell camera footage of a gunman randomly attacking a Georgia family’s home.He could be seen in doorbell camera footage on 17 January running toward the home and shooting randomly at the front door before running off. On Saturday, police said the gunman has not been found and and released images of the man, who has allegedly fired at the address on three ocassions. An investigation is ongoing, and there is no known motive for the attacks. Police said the family home was in the west of the city, which is about 20 miles northwest of Atlanta, but...
PUBLIC SAFETY・9 HOURS AGO