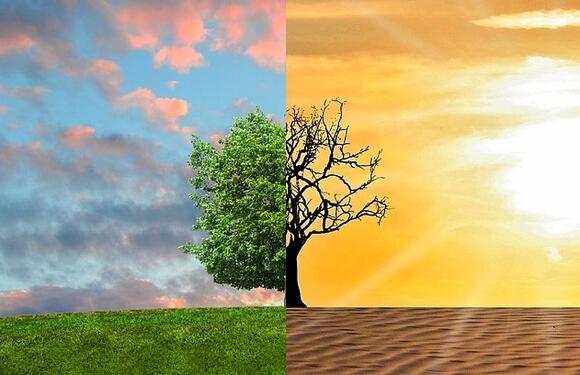 –The City of San Luis Obispo was recognized last week as one of 95 cities across the globe and nine in California that are taking bold leadership on climate action. For the second straight year, San Luis Obispo was placed on the “A List” for climate action by CDP, a not-for-profit charity that runs the global disclosure system to manage environmental impacts for companies, cities, states and regions.

“Climate action was one of four topics singled out as the most important, highest-priority goals for the city to accomplish over the next two years,” said San Luis Obispo Mayor Erica A. Stewart. “We’re happy to be recognized, but we know we have a lot more work to do. Fortunately, we have a highly capable and motivated team and a community that understands the necessity of acting now.”

Following adoption of its carbon neutral by 2035 goal in 2020, climate action was adopted as a Major City Goal for 2021-23 as part of the City of San Luis Obispo’s financial planning process. To proactively address the climate crisis, the city is working on a large portfolio of actions including bringing clean electricity to the community through its membership in Central Coast Community Energy, reducing fossil fuel use in buildings, investing in active transportation infrastructure, conserving open space, reducing, and planning for climate adaptation and resilience. In addition to community initiatives, the city is “walking the walk” with a recently adopted a goal of carbon neutrality in its operations by 2030.

After being analyzed and rated alongside 965 other cities for environmental action and transparency by CDP, San Luis Obispo was one of only 9.8-percent of those cities to receive an A score in 2021. To score an A from CDP, a city must:

“Appearing on the A -list is another example of our community being recognized as a global leader on climate action,” said the city’s sustainability manager Chris Read. “Although we are a small city, taken together with our 94 peer A-list cities, we are part of a network making real change in the world. And while that global view is certainly important, we also know that climate action is an opportunity to improve our community and address ongoing challenges related to housing, economic development, mobility, and environmental justice.”

San Luis Obispo and the other 94 cities on this year’s A List, are also celebrated for showing that urgent and impactful climate action – from ambitious emissions reduction targets to building resilience against climate change – is achievable.

Visit www.cdp.net to find out more.

– Pioneer Tattoo Company, the first tattoo studio in Paso Robles since the city prohibited tattoo businesses in 1994, opened on Dec. 1 and “business has been going great so far,” said owner Dylan Richter. “Everyone said opening a studio in Paso Robles could not be done. I hate being told ‘no.’ I had to prove them wrong,” he said.
PASO ROBLES, CA・16 HOURS AGO
Paso Robles Daily News

January and February water bills will be delayed, no penalties assessed for late payments. – The City of Paso Robles sent out the following notice regarding a delay in water meter readings:. Due to worsening pandemic conditions and circumstances outside of our control, the city’s meter reading company was delayed...
PASO ROBLES, CA・17 HOURS AGO

Crews removing hazardous tree limbs that may fall during spring wind storms. – After getting a report from an arborist, the City of Paso Robles has hired tree trimmers to clean up 61 trees in the Downtown City Park in other areas of the city. The concern is hazardous tree...
PASO ROBLES, CA・16 HOURS AGO
Paso Robles Daily News

– The community, visitors, and families are invited to join the outdoor celebration in the Mission courtyard featuring performances and displays of early California life, on Sunday, Feb. 20, from 11 a.m.- 3 p.m. This family-friendly event will include performances, displays, and talks throughout the courtyard:. • Audience participation dancing:...
CALIFORNIA STATE・17 HOURS AGO
Paso Robles Daily News

Solar-killing proposal could limit Central Coast’s access to alternative energy solutions, high-paying jobs. – The California Public Utilities Commission is set to vote on Jan. 27, 2022, on whether to change the rules for at-home solar systems. If the framework is approved as is, the state’s more than 1.3 million residential solar customers will be forced to pay higher fees for access to the public grid as their current agreement’s sunset.
SAN LUIS OBISPO, CA・7 DAYS AGO
Paso Robles Daily News

Emergency work on Highway 1 near Ragged Point to end Saturday

– Emergency work to repair damage caused by mid-December storms continues on Highway 1 on the Big Sur coast. Work on Highway 1 at Polar Star, one mile south of Ragged Point in San Luis Obispo County, will continue with traffic control and daytime delays of up to 15 minutes through this Saturday, Jan. 22. Repairs at Polar Star are being made under a $1.8 million emergency contract with Souza Construction.
RAGGED POINT, CA・6 DAYS AGO

– Highlights from the Paso Robles City Council meeting, held on Jan. 18, as sent by the City of Paso Robles, are as follows. The city has returned to hybrid public meetings pursuant to AB 361, which allows for a deviation from the teleconference rules required by the Ralph M. Brown Act. Residents now have the option to attend the meeting in person or to participate remotely.
PASO ROBLES, CA・6 DAYS AGO
Paso Robles Daily News

Workshop hosted by Housing Constraints and Opportunities Committee. – The City of Paso Robles is holding a virtual public workshop today to discuss a potential boundary change and zoning changes for the existing Uptown/Town Center Specific Plan. This specific plan encompasses 1,100 acres of urbanized land on the historic west side of the city, between 1st and 38th Streets and between the Salinas River and Vine Street.
PASO ROBLES, CA・7 DAYS AGO
Paso Robles Daily News

Nord was hired by the City of Paso Robles in December. – After several weeks on the job, Paso Robles Police Chief Damian Nord was finally sworn in to his new position Tuesday afternoon before a hybrid Paso Robles City Council meeting. Mayor Steve Martin was not present, because he...
PASO ROBLES, CA・8 DAYS AGO
Paso Robles Daily News

Sales are up in city of Paso Robles, according to tax report

– The City of Paso Robles this week released a report on supplemental sales tax for the third quarter (July-September.) Below is a summary of the report:. Paso Robles’ receipts from July through September were 10.8-percent above the third sales period in 2020. Excluding reporting aberrations, actual sales were up 13.6-percent.
PASO ROBLES, CA・12 DAYS AGO