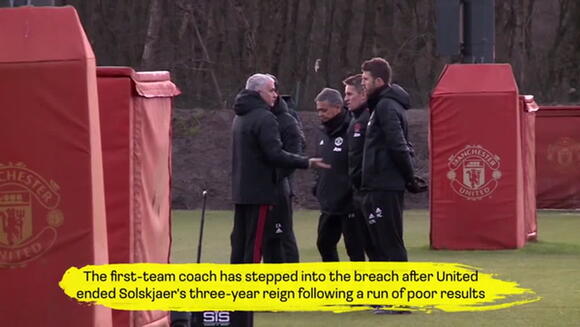 Paris Saint-Germain have been in contact with Zinedine Zidane and coaches including Antonio Conte in the last few months in preparation for the possibility of losing Mauricio Pochettino to Manchester United before the end of the season.

Pochettino, who was appointed by PSG in January, has leapt to the top of United's list of targets following the sacking of Ole Gunnar Solskjaer after it was made clear to them that he would be interested in making the deal happen and soon.

While there had been a perception that PSG would be reluctant to let Pochettino leave, The Independent has been told that all parties have been viewing the current arrangement as temporary. The Qatari-owned club have naturally kept options open after failing to win the French title last year, but Pochettino himself has found aspects of the club so difficult to manage that he looked into leaving in the summer. A return to Tottenham Hotspur was at one point seen as a strong possibility.

PSG have consequently kept dialogue open with a few top managers. They included Didier Deschamps, Conte – before he moved to Spurs – and Zidane.

Zidane has been wanted by United, but most view any move as impossible for a variety of reasons. His family don't want him to take a job in England, he would have to improve his English and – most of all – he would prefer to bide his time for a role with PSG or the French national team.

Sources close to Zidane in Madrid maintain that there could yet be a situation that keeps everyone happy, with Zidane going to PSG, and Pochettino moving to Old Trafford. While that had been a possibility raised for the end of the season, figures involved increasingly thing it could be something that happens sooner. Much will depend on United's own will, and whether they are sufficiently attracted by Pochettino to try and get him now or in the French mid-season break at the end of December.

A key clash in the battle for European places will be on show at Old Trafford on Saturday afternoon, where Manchester United host West Ham United.David Moyes’ side have been extremely impressive for the majority of this term and remain in fourth in the Premier League table, where a huge battle is developing between at least four sides.These teams met twice in short order earlier in the season, United winning in the league in dramatic fashion before the Hammers knocked them out of the Carabao Cup, but there’s arguably even more at stake this time around - in part due...
PREMIER LEAGUE・2 DAYS AGO
The Independent

Ralf Rangnick praised Harry Maguire for producing a performance befitting the captain’s armband on his return to the Manchester United starting line-up.The world’s most expensive defender has been under close scrutiny this season, both for his displays in the heart of defence and leadership of the team.Maguire missed the first two matches of 2022 with a chest injury and was named on the bench against Aston Villa and Brentford as Rangnick favoured Victor Lindelof alongside Raphael Varane.But the United skipper was restored to the starting line-up against West Ham in the absence of Lindelof, who was supporting his family after...
PREMIER LEAGUE・22 HOURS AGO

What the papers sayThe Manchester Evening News says Jesse Lingard is looking to secure a loan move away from Old Trafford in the January transfer window. The 29-year-old midfielder has made just nine Premier League appearances this season, and it is believed Newcastle are interested in a potential loan deal.Brentford are finalising a deal for former Tottenham midfielder Christian Eriksen, according to the Daily Mail. The 29-year-old’s contract is reportedly for six months with an option for a one-year extension, however it all hinges on whether Eriksen completes his medical following his collapse during Denmark’s Euro 2020 match against Finland...
PREMIER LEAGUE・13 HOURS AGO
AFP

Lionel Messi returned, another marquee signing Sergio Ramos scored as Paris Saint-Germain cruised to a 4-0 victory over Reims on Sunday to restore their Ligue 1 lead to 11 points. "We had a good game, we took three points," said PSG manager Mauricio Pochettino. Earlier, Nice briefly cut the gap with a 2-0 win at Metz. But three of the teams just behind them lost. Messi, returning from Covid, started on the bench while Kylian Mbappe returned to the starting lineup after a groin strain while Ramos made only his second league start of the season.
SOCCER・19 HOURS AGO
AFP

Aymeric Laporte spared Manchester City's blushes as the Premier League leaders were held to a 1-1 draw at Southampton, while Manchester United moved into fourth place after Marcus Rashford's last-gasp goal sealed a 1-0 win against West Ham on Saturday. Ferguson was unbeaten in three matches as caretaker boss against Chelsea, Manchester United and Arsenal before Carlo Ancelotti took charge just over two years ago.
PREMIER LEAGUE・2 DAYS AGO
The Independent

David De Gea hopes Manchester United’s “unbelievable” stoppage-time winner against top-four rivals West Ham will be the moment that kickstarts their campaign.Long since out of the Premier League title race, the FA Cup and Champions League remain the Red Devils’ only route to silverware having been knocked out of the Carabao Cup by Saturday’s opponents.That win in September was West Ham’s first at Old Trafford since 2007 and David Moyes was unable to mastermind another memorable triumph at his former club on Saturday afternoon.Ralf Rangnick’s side looked comfortable for the most part but it took a last-gasp strike from substitute...
PREMIER LEAGUE・1 DAY AGO

Manchester United kept up the pressure on Women’s Super League leaders Arsenal with an impressive 3-0 win against Tottenham.Vilde Boe Risa volleyed the hosts into the lead after 38 minutes before Hayley Ladd netted a second ahead of the interval.Leah Galton added her side’s third in the second half as United recorded their sixth victory in as many matches to move above Chelsea and one point behind Arsenal who face Manchester City in Sunday’s late kick-off.United were able to take advantage of Chelsea’s goalless draw at Brighton.Erin Cuthbert came the closest to scoring for the Blues when her second-half strike...
SOCCER・1 DAY AGO
Daily Mail

Mauricio Pochettino confirms Lionel Messi will make his long-awaited PSG return against Reims after recovering from Covid, having spent the last three weeks on the sidelines battling the virus

Lionel Messi will make his comeback for Paris St Germain against Stade de Reims on Sunday after fully recovering from COVID-19, coach Mauricio Pochettino said on Saturday. The Argentine forward has not played this year after getting infected during the European winter break. 'He trained well during the week with...
UEFA・2 DAYS AGO
The Guardian

Marcus Rashford’s dip in form has been the subject of incessant analysis and speculation in the past few months but the melancholia has always seemed overblown – footballers are people too, after all
PREMIER LEAGUE・2 DAYS AGO
The Independent

Manchester United will speak to players about improving security after Victor Lindelof’s family were subject to a “very traumatic” break-in at their house as he played against Brentford The 27-year-old completed the full 90 minutes as Ralf Rangnick’s Red Devils secured a 3-1 Premier League win at the Brentford Community Stadium on Wednesday evening.Lindelof’s house in the north west was targeted while the defender was in London forcing his wife to lock herself and their two children in a room for safety during the burglary.“During Victor’s game this Wednesday night, we had a break-in at our house in Manchester,”...
PREMIER LEAGUE・2 DAYS AGO

With eight minutes plus stoppage time remaining and Manchester United still searching for a winner against West Ham, some jeers could be heard when Mason Greenwood’s number flashed up. It was not the first time that Old Trafford has registered its displeasure with Greenwood’s removal recently. The same happened in the defeat to Wolverhampton Wanderers. This time was different, though. It was not so much about the player coming off as the one coming on.Anthony Martial had not played a single minute under Ralf Rangnick at that point. A week earlier, he had been absent from the match day squad...
PREMIER LEAGUE・7 HOURS AGO
The Independent

Liverpool manager Jurgen Klopp admits midfielder Curtis Jones occasionally needs a “push” but he has been delighted by the response.Klopp recently had a pep talk with the academy graduate, who turns 21 next week, in which he told the local youngster it was time to take his game up a level.Jones, who had been sidelined by a freak eye injury and Covid, has started the last two matches and was particularly impressive in the Carabao Cup semi-final win over Arsenal on Thursday.“Yes, Curtis was really good the last two games. I know him for a long time now and I...
PREMIER LEAGUE・2 DAYS AGO
The Guardian

On a frustrating evening for the pair of big-name strikers, they once again struggled to show why they were so sought-after last summer
PREMIER LEAGUE・23 HOURS AGO
The Independent

Virgil van Dijk insists Liverpool are paying no attention to Manchester City despite closing the gap on their Premier League title rivals.A hard-fought 3-1 win at Crystal Palace on Sunday lifted the Reds to within nine points of Pep Guardiola’s side, who were held to a 1-1 draw away to Southampton on Saturday.City have played a game more than Liverpool and the Merseyside outfit are set to visit the Etihad Stadium in April, leaving plenty to play for.“You can’t deny it’s in your mind, but as we have said many times we take it game by game,” Van Dijk said...
PREMIER LEAGUE・10 HOURS AGO
San Diego Union-Tribune

Liverpool reduced the gap at the top of the Premier League to nine points after a 3-1 win at Crystal Palace
PREMIER LEAGUE・1 DAY AGO
goal.com

What a game that was from Diego Simeone's men, trailing 2-0 before scoring three goals in the second half – including two in stoppage time – to claim all three points. An epic, monumental comeback. Whew! Take a breather, everyone. Has this been the most Atletico Madrid game...
PREMIER LEAGUE・1 DAY AGO
San Diego Union-Tribune