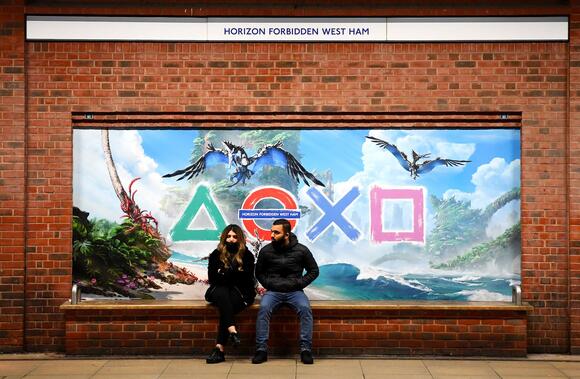 Sony could finally be preparing to let people officially change the colour of their PlayStation 5.

The company has filed a patent for the faceplates on its PS5 . It shows the “skin cover” for the console, leading to speculation that the company could be planning to sell new faceplates in different colours.

Other companies have already offered such services, but Sony has responded with legal action that has mostly kept them off the market. The new filings could be a part of that protection, rather than a hint at new products.

But the new patent has led many to hope that a black version of the console, for instance, could be created by Sony selling new versions of the plates that sit on the outside of the PS5. It was filed before the launch last year but was published last week, and first noticed by OP Attack.

There have been no hints of a black version of the console yet, however, and it has only been available in the mostly-white colour that arrived at launch. That is despite the company making special black versions of the PlayStation 5’s controller and headset.

That could at least partly be the result of supply problems. PlayStation 5s in any colour are incredibly difficult to buy, and reports suggest that Sony is continuing to have problems making the consoles to satisfy demand.

FOLLOW LIVE: PS5 stock UK – tracking live restock updates from all the major retailersThe PS5 has been out for over a year now and gamers are still struggling to get their hands on Sony’s newest console. Stock issues have plagued the PS5 ever since it launched in 2020, and the restock kerfuffle is still going on today.The sad tale began in November 2020, when excited gamers tore open PS5 parcels that they had pre-ordered, only to find them replaced with cat food, a George Foreman grill and a bag of grain. Whenever more PS5s were made available, they were snapped up almost...
VIDEO GAMES・2 DAYS AGO
TechSpot

In a nutshell: Sony has revealed the most downloaded games for its PlayStation 4, PlayStation 5, and PlayStation VR platforms across the whole of 2021. And if there’s one thing that the charts illustrate, it’s that a lot of console owners really love sports titles and Call of Duty.
FIFA・10 DAYS AGO
USA TODAY Sports Media Group

The PS5 is still tough to track down, which is why Sony has opened registrations on PlayStation Direct so that you might get a chance to buy the console. PS5 registration is open now on PlayStation Direct for customers in the US, UK, France, Belgium, Luxembourg, Germany, and the Netherlands. Simply head over to the sign up page here, with your PlayStation Network ID and email ready to go. Please note that registration does not guarantee you’ll get a PS5, as Sony seems to select consumers at random, but it does increase your chances of getting the console while avoiding scalpers.
VIDEO GAMES・5 DAYS AGO
yankodesign.com

Sony PlayStation 6 is still a long way away from release but it could take a detour from the stylized look of the PlayStation 5, and go for a minimalistic design language tracing back to the roots!. When it comes to hotness, the current generation PlayStation ranks way high up...
VIDEO GAMES・11 DAYS AGO

It’s been clear for a while now that Sony is heavily invested in the virtual reality space, and with the recent announcement of PlayStation VR2, it’s become even clearer of late. The new VR headset’s announcement, however, was lacking in any tangible details about what to expect from the hardware- though if a newly discovered patent is anything to go by, Sony might be toying with some interesting ideas.
VIDEO GAMES・13 DAYS AGO
PC Gamer

Sony is making more PS4s in response to PS5 shortages

Sony had hoped to quickly transition away from the hugely successful PlayStation 4 following the release of the PlayStation 5. However, the dastardly semiconductor shortage has scuppered its plans. The company is now reportedly continuing production of the PS4 throughout 2022, despite hoping to end it by the end of 2021.
VIDEO GAMES・10 DAYS AGO
psu.com

Sony expects to be keeping Activision games on its systems. But for how long?. After what has felt like forever, Sony has finally responded to the news that Microsoft is purchasing Activision. The company said it expects Microsoft to follow the existing contractual agreements that are already in place. In a statement to the Wall Street Journal, the company said; “We expect that Microsoft will abide by contractual agreements and continue to ensure Activision games are multiplatform.”
VIDEO GAMES・3 DAYS AGO

Today's the day for new PlayStation 5 controller colours! Well, if you're living in the correct country at least. Available in the US, UK, France, and Germany, Sony is now selling the brand spanking new galactic purple, nova pink, and starlight blue PS5 pads through the official PlayStation Direct shop. All three models are being sold for £64.99/$74.99 each.
VIDEO GAMES・9 DAYS AGO
GAMINGbible

An Underrated PlayStation Game Is Getting A PS5 Remake, Trademark Suggests

An underrated PlayStation 4 exclusive may be getting the remake treatment, if recently discovered trademarks are anything to go by. Sony Interactive Entertainment has filed a new trademark with the United States Patents and Trademarks Office (USPTO) for The Order: 1886, suggesting that a potential remake or remaster may be in the works.
VIDEO GAMES・12 DAYS AGO
GamesRadar+

A new PS5 patent that hints towards backward compatibility has been filed by lead system architect Mark Cerny. Originally spotted by @shaunmcilroy on Twitter, the new patent named 'Backward Compatibility Through Use Of Spoof Clock And Fine Grain Frequency Control' has been filed on USPTO. Considering the PS5 is already able to support PS4 games, this patent could be intended to allow players to access the likes of PS1, PS2, or PS3 games on the current-gen console.
VIDEO GAMES・10 DAYS AGO
cogconnected.com

According to Sources, Sony Plans to Make Roughly a Million PS4s. Sony, just like Xbox and Nintendo, has been feeling the pinch with the global issue. Not in their wallets though. They, like those in the personal computer industry, have not been able to make the latest of their console lines- the PlayStation 5, Xbox Series X, and even the Nintendo Switch, due to the lack of the semiconductors needed. Sadly, it looks as the shortage will continue, with some predicting it will go through 2022, and maybe even to 2023 to catch up. But Sony has decided to do something about it- or at least, try to find a way to make up for what they can’t provide.
VIDEO GAMES・10 DAYS AGO
PlayStation LifeStyle

PlayStation Now cards are receiving their eviction notice from Sony, causing further speculation that a ‘PlayStation Game Pass’ style service is on its way to PS5 and PS4. Reports from UK-based gaming retailers plainly state that this method of purchasing a PS Now subscription is to become null and void, along with the rest. This is allegedly setting the stage for Sony’s upcoming merger of PlayStation Plus and PlayStation Now into a GamePass-ish service for PS gamers.
VIDEO GAMES・10 DAYS AGO
GAMINGbible

Sony Interactive Entertainment has decided to continue production on the PlayStation 4 as a result of the ongoing PlayStation 5 supply issues. Since launching back in 2020, the PS5 has been plagued by supply chain problems stemming from a semiconductor shortage. Unfortunately, it seems this issue won't be resolved in the near future, meaning a new-gen PlayStation will remain frustratingly difficult to secure.
VIDEO GAMES・11 DAYS AGO
SVG

Sony Patent Puts Your Home In The Game

The difference between video games and other entertainment mediums such as film or books is immersion. Attempts to further this immersion in the video game industry have been advocated for in a plethora of ways since its genesis, be it via games having better graphics, responsive controls, or great depth in gameplay to help further blur the lines between fantasy and real life.
VIDEO GAMES・11 DAYS AGO
wccftech.com

Sony is said to be compensating ongoing global PS5 shortages by keep making PS4 consoles. A lot has been said and written about the disrupted supply chains due to COVID-19. Last year, Sony already said that it expects shortages of its next-gen console to extend into 2022, and according to Bloomberg, the tech company is now compensating the PS5 shortages by adding roughly one million PS4 consoles this year. Interestingly, Sony has never officially announced that it would stop making PS4’s.
VIDEO GAMES・11 DAYS AGO
soyacincau.com

Ever since the Sony PlayStation 5 launched in November last year, it’s perhaps safe to say that supply has not kept up with the huge demand for the console at all. In fact, they’ve had to cut their own production estimates recently from 16 million units made to 15 million by March of this year, as the global silicon shortage continues to wreck havoc on supply chains everywhere. Things have gotten so bad that Sony are now making more PlayStation 4 consoles instead to cater to the high demand.
VIDEO GAMES・10 DAYS AGO
Gamespot

Sony Files Patent That Could Help Backwards Compatibility On PS5

A new patent, filed by Sony with PS5 lead designer Mark Cerny as one of its inventors, might give an indication of improvements coming to the console's backwards compatibility. The new patent, filed last year but approved this month, makes specific mention of backward compatibility, with the patent detailing a...
VIDEO GAMES・9 DAYS AGO