Could Ryan Reynolds be the next James Bond? 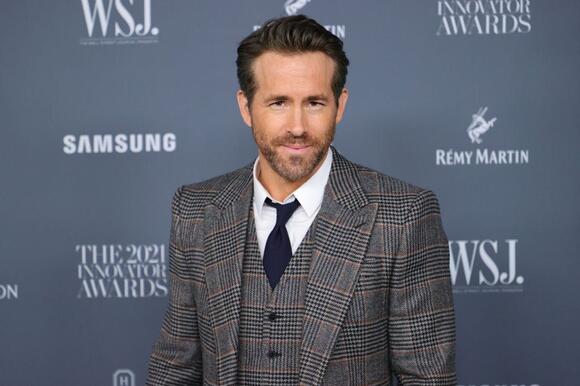 Thanks to Daniel Craig wrapping up his stint as James Bond, expect “the next Bond” stories to increase exponentially.

The suggestion mill already started churning back in 2018, with the solid maybe of Idris Elba being the first black James Bond. Recently, word came that Tom Holland is itching for that prime franchise role, and now Ryan Reynolds has been pulled into the Bond vortex.

E! reports that around the release of Craig’s last Bond adventure, “No Time to Die,” Reynolds told UK paper The Times , "I hear they're looking for a new Bond. Could you accept a Canadian sipping gin and tonic instead of a martini? If so, I'm interested."

And then bigshot media entrepreneur, Vincenzo Landino, tweeted, "if the Bond franchise is going to do something radical, this is my 007.”

Ok, just hold on everyone.

Anyone who has ever seen a Reynolds film or interview knows he is kidding 60% of the time. But just in case those funny Mint Mobile commercials don’t run in your area, Reynolds confirmed via tweet on Friday that he was once again joshing.

"I promise you, Reynolds said, “I was not even remotely serious here” -- alongside a gif that also read, "That's bait." Then to reiterate, under Landino’s tweet, Reynolds declared in the comments, “No, no, no.”

Anyway, Reynolds has already stated that he needs some rest -- something that definitely does not come around if you’re tabbed to be the next James Bond.

In an October interview , Reynolds said that after wrapping “Spirited” -- the Apple TV+'s musical adaptation of Charles Dickens' A Christmas Carol -- he would need a little break from acting to spend some time with the family -- wife Blake Lively and their three daughters, James, 6, Inez, 5, and Betty, 2.

All that said, if the Bond role was offered to Reynolds, it would be intriguing.

After Craig’s intense, self-reflective run as Bond, the franchise might invite the kind of winking levity Reynolds brings to his work. Not to mention that nearly every actor ever has uttered at one point or another that they’d like to play James Bond.

Ryan Reynolds and Mark Ruffalo never starred alongside each other in the Marvel Cinematic Universe, but the Deadpool and Hulk stars have joined forces for an altogether different project. The Adam Project, to be precise. Now, over a year after it was first announced, a release date for the Netflix...
MOVIES・10 DAYS AGO
Cinema Blend

With 40 years of history in the books by time Pierce Brosnan’s Die Another Day premiered in 2002, a new chapter in the James Bond legacy was ready to begin. Unfortunately for Mr. Brosnan, this bold new future would move forward without him, as his contract was up and a surprise parting of the ways saw the fifth 007 walking out the door. While a financial success, the reaction by fans and critics to the 20th Bond movie was one that sent a clear message: James Bond needed a makeover. Being a somewhat freshly-minted fan to the franchise, with this particular fiasco being my first Bond film in theaters, I didn’t know what to expect.
MOVIES・11 DAYS AGO
Jacksonville Journal Courier

Would It Be Better to Cast an Unknown for the Next James Bond?

Perhaps it would be better to start over with James Bond by taking on a relatively unknown actor to play the role? It’s easy to imagine how many people might be shocked enough to stand there with mouths agape at the audacity of such a thought, but it’s kind of amusing as well. But without being vindictive or even contrary, there is a good reason why it might help to pursue such an idea. There’s been a general outpouring of opinion over who should take on the mantle of James Bond next, as some believe a woman should take the role or a person of color, or that the part should go to someone that looks a little closer to what a classic Bond would look like. There have been plenty of stars that have been looked at as great replacements for the current star, Daniel Craig. It’s even been stated that James Bond is a codename, and not a real person, which would open up the position in a big way if this happened to be true. But there is one idea that hasn’t been floated nearly as much as the others.
CELEBRITIES・2 DAYS AGO

George MacKay would "consider" playing James Bond if he was offered the part. The '1917' actor has been tipped as a potential replacement for Daniel Craig as 007 and admits that he would be tempted by the iconic role. George told the Metro newspaper: "You've got to consider it, for...
CELEBRITIES・7 HOURS AGO
Fatherly

Winnie the Pooh officially entered the public domain this year and to celebrate, Mint Mobile owner Ryan Reynolds unveiled a new ad campaign featuring ‘Winnie the Screwed.’. “So I think you can see where this is going and I expect we’ll be hearing from a certain mouse about this Pooh very, very soon,” Reynolds states at the start of the video.
MOVIES・14 DAYS AGO
TVOvermind

It would be kind of fun to put this up as a pool and see how people would react since there are likely to be a good number of Bond fans that believe in the MI6 agent so much that they would state that Bond has met and defeated men like John Wick throughout his career. But the realization is that no, Bond has not met someone like Wick, since, despite the fact that James Bond has taken on some of the worst terrorists in the world, he’s never had a physical challenge like Wick to deal with, meaning someone that is dangerous at any range, be it hand to hand or from a distance. John Wick is a very different individual from James Bond in that he’s not out to protect anyone unless that happens to be the job he’s been hired for. Bond is a government agent that answers to a number of people that can make his life absolutely miserable if he steps out of line. He’s usually afforded a great deal of leeway thanks to the fact that he gets results, but against John Wick, he’d have to fight smarter and a lot more viciously.
MOVIES・9 DAYS AGO
Hello Magazine

Ryan Reynolds and Blake Lively are consistently called two of the most generous people in show business, and have shown a commitment to giving back throughout their careers. They made a donation after Jordan Davies, a Wrexham A.F.C. player, and his girlfriend, Kelsey Edwards, who recently went through a devastating experience.
ADVOCACY・14 DAYS AGO

Netflix took a huge gamble on Red Notice, the streamer stumping up some $200 million on the Rawson Marshall Thurber-directed heist caper after Universal got cold feet on the spiralling costs for the film, which included nice $20 million paydays for its stars Dwayne Johnson, Ryan Reynolds and Gal Gadot.
TV & VIDEOS・5 DAYS AGO
The Spokesman-Review

Who didn’t love Betty White? As news of the iconic actress and comic’s death at her Los Angeles home became public on New Year’s Eve, appreciations poured in from all corners of the country – including from the president. “That’s a shame. She was a lovely...
CELEBRITIES・13 DAYS AGO
DesignerzCentral

Ryan Reynolds ‘Could Lose Everything’ With Marriage To Blake Lively Allegedly ‘In Jeopardy,’ Latest Gossip Says

Megan, 35 - who has Noah, nine, Bodhi, seven, and Journey, five, with her ex-husband Brian Austin Green - loved the proposal and "thought it was beautiful and perfect". The insider told People: "She is excited to get married." The loved-up duo first started dating in May 2020 after meeting...
CELEBRITIES・7 DAYS AGO