Pirates to sign pitcher they once wanted in a trade 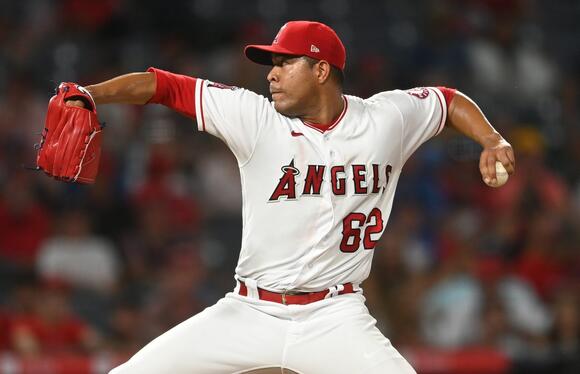 PITTSBURGH (93.7 The Fan) – The Pirates add a starter they once wanted to acquire in a trade. Audacy Baseball Insider Jon Heyman reports left-hander Jose Quintana will sign for one season.

The signing will become official when the 33-year-old Quintana passes a physical.  He will earn about $2 million according to the Post-Gazette’s Jason Mackey.

The reports were hot the Pirates wanted him when the Bucs were a playoff team (mid 2010s) and he was languishing with the White Sox with low three ERAs but a .500 record.  Quintana would end up heading north, a few miles to the Cubs where he was 33-23 with a 4.24 ERA in four seasons.

The lefty signed for one-year, $8 million with the Angles last winter, making 10 starts in 24 appearances with a 6.75 ERA, 53.1 innings 73 strikeouts to 29 walks with a career-worst 1.78 WHIP.  After his release he pitched 9.2 innings with the Giants giving up five runs on six walks and a dozen strikeouts working out to a 4.66 ERA.

A good chance, if he passes his physical, Quintana would compete with Bryse Wilson, JT Brubaker, Wil Crowe, Mitch Keller, Dillon Peters, Stephen Brault and minor-leaguers Roansy Contreras and Miguel Yajure for a spot in the rotation.  He also can work as a reliever and likely, if he has a good first-half of the season, could be turned in a trade like Tanner Anderson was in 2021.

The Pittsburgh Pirates added a handful of young players to the organization through the international signing date. So where do their top newly signed prospects rank?. January 15th marked the International Signing Deadline. The Pittsburgh Pirates were quite active as they added plenty more talented young players to an already highly regarded farm system by signing one of baseball’s best international free agent classes. A couple of the new prospects they signed, two to be exact, could be among the team’s top-ranked prospects.
MLB・2 DAYS AGO
Inside The Phillies

One of the first black superstars in Philadelphia Phillies history, today we remember the legendary career of Dick Allen.
MLB・2 DAYS AGO
92.3 The Fan

Were the Tampa Bay Rays onto something when they put tried to split their season between Florida and Montreal? Brian Anderson says no. Hear why when he joined Baskin and Phelps!
NFL・2 DAYS AGO
Audacy

Frequent Buck Showalter collaborator Brian Butterfield was briefly considered for a role on the Mets’ coaching staff but was turned down for his refusal to get vaccinated.
MLB・2 DAYS AGO

The Cincinnati Reds are a part of MLB history, widely recognized as one of the most storied franchises in baseball.
NFL・2 DAYS AGO
Audacy

We asked our writers to advocate for one player on this year’s ballot to get elected to Cooperstown.
MLB・2 DAYS AGO
Inside The Phillies

Inside the Phillies fielded mailbag questions while the MLB lockout is in full force.
MLB・2 DAYS AGO
Inside The Dodgers

Three weeks from when pitchers and catchers usually report and no one knows when spring training will start or if it will be a truncated schedule.
MLB・23 HOURS AGO
FanSided

Should the Detroit Tigers sign any of these former star pitchers?

The Detroit Tigers will almost certainly sign another pitcher; could it be any of these former aces?. The Detroit Tigers need pitching. It sounds a bit odd when considering it has been the foundation of the rebuild. It isn’t that those arms haven’t panned out, either. Casey Mize and Tarik Skubal have the makings of solid rotation pieces that could be long-term anchors. The jury is still out on Matt Manning, Alex Faedo, and Joey Wentz, too; all who could very likely split time between Toledo and Detroit next season.
MLB・2 DAYS AGO
USA TODAY

A new change will be implemented in the upcoming minor league season.
MLB・1 DAY AGO
The Baltimore Sun

In less than a month, Orioles pitchers and catchers are scheduled to report to Sarasota, Florida, to mark the start of spring training. Yet, there remains uncertainty as to whether that will happen as planned with the league’s owners continuing to lock out the players as the two sides plod toward a new collective bargaining agreement. But as the lockout marches on, so too does Oriole of the ...
MLB・3 HOURS AGO
Inside The Phillies

Jean Segura doesn't put up flashy numbers or make dazzling defensive plays, but all together he is one of the most well-rounded players in the National League.
MLB・19 HOURS AGO