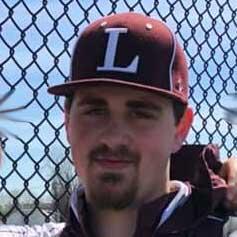 Barre-Boulet, 24, has skated in nine NHL games this season with the Lightning and Seattle Kraken, posting a goal and four points to go along with two penalty minutes. He was claimed off waivers by the Kraken on October 11 and then Tampa Bay reclaimed him on October 22. The Montmagny, Quebec native has appeared in 24 NHL games, including 15 last season with the Bolts, posting three goals and four points to go along with 26 shots on goal. Barre-Boulet scored three goals last year for Tampa Bay, including his first career tally on April 25 against the Columbus Blue Jackets.

The Tampa Bay Lightning are finishing their trip to California with a game against the San Jose Sharks. Unfortunately they won’t return home with a perfect record, as the Bolts lost yesterday’s match-up with the Anaheim Ducks after winning the first game against the Los Angeles Kings. The Lightning, however, remain at the second place in both Atlantic Division and the whole NHL.
NHL・2 DAYS AGO
NHL

The NHL season officially started back on October 12. In this article, we track all the NHL games today as
NFL・11 HOURS AGO

Clark Gillies, a Hockey Hall of Famer and four-time Stanley Cup winner with the Islanders, has died at 67.
NHL・2 DAYS AGO
San Diego Union-Tribune

Hall of Famer Clark Gillies, a stalwart on the New York Islanders' dynasty that won four straight Stanley Cup championships in the early 1980s, has died
NHL・2 DAYS AGO

Tampa Bay needed but four defensemen on Tuesday night to stifle the LA Kings and win 6-4. Six weren’t enough to defeat the Ducks on Friday, though they once again let in just four goals (plus an empty netter). The game featured the return of Corey Perry to Anaheim, his first game since he left the Ducks. In between, he was with Dallas, but he was suspended when the Stars visited Anaheim. Even he wasn’t enough to pull Tampa Bay to the win.
NHL・2 DAYS AGO
Syracuse.com

SYRACUSE, N.Y. – The Syracuse Crunch opened scoring early, but the Utica Comets rallied for a 6-3 win tonight at the Adirondack Bank Center. The Crunch dropped both weekend games against the Comets and move to 1-5-1-0 in the 14-game season series and 14-13-3-1 on the season. Crunch goaltender...
NHL・1 DAY AGO
San Diego Union-Tribune

Leon Draisaitl had two goals and two assists, Evan Bouchard also scored twice and the Edmonton Oilers came from behind to snap a seven-game losing streak with a 5-3 victory over the Calgary Flames
NHL・1 DAY AGO
USA TODAY

P.K. Subban said he felt accountability to call out recent racist actions in hockey because he has established a platform to inspire better behavior.
NHL・6 HOURS AGO

Slava Voynov and Artem Anisimov are among the former NHL players named to Russia's roster for the upcoming Beijing Olympics
NHL・1 DAY AGO
FingerLakes1.com

The Syracuse Crunch (14-13-3-1) dropped their second straight game to the Utica Comets (22-5-4-0) by a final score of 6-3 on Saturday night at the Adirondack Bank Center. Crunch goaltender Max Lagace stopped 16-of-21 shots. Nico Daws made 27 saves for the Comets. Syracuse was unable to convert on their...
NHL・1 DAY AGO
247Sports

Setting The Scene From Tampa Bay Ahead of Rams At Buccaneers

Josina Anderson helps set the scene from Tampa Bay ahead of the Divisional Round matchup between the Rams and Buccaneers.
NFL・1 DAY AGO
FingerLakes1.com

The Rochester Americans (20-12-2-1) five-game point streak came to an end on Saturday afternoon with a 7-3 loss to the Cleveland Monsters (13-12-4-3) at Rocket Mortgage FieldHouse. JJ Peterka scored his eighth goal of the season and tallied two assists, Linus Weissbach also notched his eighth while Michael Mersch recorded...
NHL・1 DAY AGO
PITTSBURGH TRIBUNE-REVIEW

The Penguins have recalled forward Radim Zohorna to the NHL roster from their taxi squad. In four NHL games this season, Zohorna has two points (one goal, one assist). Capable of playing either center or wing, Zohorna’s most recent NHL game was a 2-1 overtime road win against the San Jose Sharks on Jan. 15.
NHL・1 DAY AGO
Sportsnaut

Steven Stamkos scored one of Tampa Bay’s four goals in the game’s opening 12:32 of play as the Lightning hammered
NHL・1 DAY AGO
Yardbarker

The Pittsburgh Penguins notched a shootout victory over the Winnipeg Jets on Sunday but endured a frustrating loss in the process. Pittsburgh general manager Ron Hextall announced Monday that forward Teddy Blueger has undergone successful surgery to repair a fractured jaw and will miss six to eight weeks of action. Blueger suffered the injury during the opening period of Sunday's win:
PITTSBURGH, PA・21 MINUTES AGO
Sportsnaut

Vegas Golden Knights winger Reilly Smith is one of the hottest names leading up to the NHL trade deadline. With
NHL・4 HOURS AGO