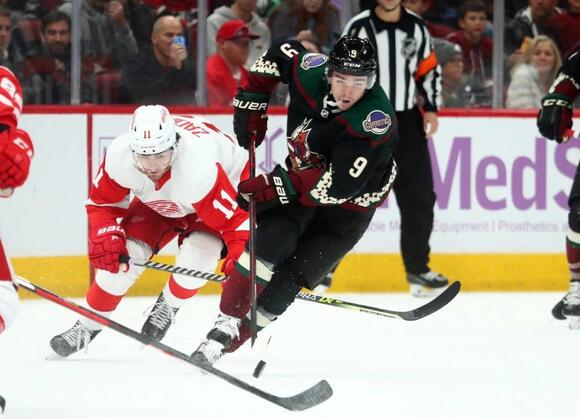 Clayton Keller scored 25 seconds into overtime to give the Arizona Coyotes a 2-1 home win over the Detroit Red Wings on Saturday.

On a rush to the left of the Detroit goal, Keller fired the puck on net, and the rebound was shot through the goal mouth by Jakob Chychrun.

Keller then pounced on the loose puck and shot it into a half-open goal for the game-winner.

The Red Wings felt Arizona forward Phil Kessel might have interfered with Red Wings goalie Alex Nedeljkovic and impeded his chance to get back in the crease to stop Keller’s shot, but the goal stood after a review.

The Coyotes won for the second time in three games and earned at least a point for the third consecutive game.

Detroit finished off a four-game road trip with three regulation losses and an overtime loss.

The game was a surprisingly low scoring one between two of the three worst defensive teams in the NHL.

Detroit opened the scoring with 11:19 left in the first period on a goal by Dylan Larkin. 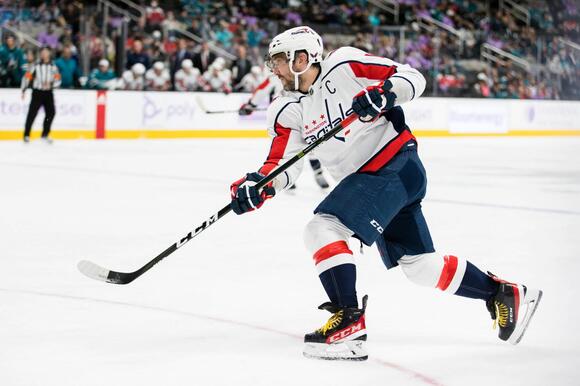 Detroit forward Lucas Raymond chipped the puck past three players at center ice into the Arizona zone, and then Larkin picked up the loose puck, skated in all alone on goal and beat Coyotes goalie Scott Wedgewood.

The game remained that way until there was 6:29 left in the third period, when Arizona tied the game 1-1 on a goal by Ryan Dzingel.

After a Detroit icing, Dzingel won the draw, went to the net and then tipped a shot near the point by Cam Dineen that went over the shoulder of Nedeljkovic and underneath the crossbar.

Detroit went 0-for-2 on the power play, while Arizona failed to convert on its only power-play opportunity in the game.

Where Raymond goes from here is up to him. He has the inside track for the Calder, and he’s on the path toward a long and successful career in Detroit.
NHL・2 DAYS AGO
97.1 The Ticket

The NHL is using the previously planned Olympic break as a period to make up games that were postponed by COVID-19 outbreaks earlier this season.
NHL・2 DAYS AGO
97.1 The Ticket

At 5’10, Smith doesn’t boast the size of his 6’2 younger brother, but he does have a more proven offensive track record. He also plays center.
NHL・2 DAYS AGO
Glendale Star

Arizona Coyotes forward Clayton Keller focused on the “little things” during the off season, and that has led to the bright lights of Las Vegas. Keller, who was the Coyotes’ seventh pick in 2016, will represent the Arizona Coyotes at the NHL All-Star Game on Saturday, Feb. 5, at Las Vegas’ T-Mobile Arena. This marks Keller’s second all-star nod; however, his debut at the All-Star Game was postponed as the pandemic canceled last year’s contest.
NHL・15 HOURS AGO

After picking up a weekend sweep over the Buffalo Sabres, the Detroit Red Wings return to the ice after a few days off, looking to continue their winning ways as they get set to host the Dallas Stars on Friday night. After shutting out the Sabres at home on Saturday...
NHL・9 HOURS AGO
MLive.com

The NHL on Wednesday announced dates for games postponed due to COVID-19 and some adjustments to the schedule. The Detroit Red Wings will play four games during what originally was the Olympic break (Feb. 9-22) before the NHL withdrew from the event. Here are new dates for five Red Wings...
NHL・2 DAYS AGO
Detroit Sports Nation

Just moments ago, the Detroit Red Wings put out a press release revealing updates to their 2021-22 schedule. The National Hockey League today announced a comprehensive update to the 2021-22 regular-season schedule, one that will enable all 32 teams to complete their respective 82-game slates by the regular season’s original closing date of Friday, April 29.
NHL・2 DAYS AGO
Sportsnaut

The Detroit Red Wings will be the fresher team when they host the Dallas Stars on Friday. Detroit hasn’t played
NHL・18 HOURS AGO

Islanders veteran Zdeno Chara dropped Flyers defenseman Zack McEwan with an uppercut to the face, then made sure to check if his opponent was OK.
NHL・2 DAYS AGO
Sportsnaut

The NHL season officially started back on October 12. In this article, we track all the NHL games today as
NFL・11 HOURS AGO
Sportsnaut

BOSTON (CBS) — Brad Marchand is a man of the people — and one funny guy. The Bruins forward had some fun with a Boston fan ahead of Thursday night’s game against the Capitals, in a way that only Brad Marchand could. As he made his way off the ice following pregame warmups, Marchand started giving out his usual high-fives and fist bumps to the fans there to greet him. One young fan was recording it on his phone, which is when Marchand decided to have his fun. He snagged the phone as he walked through the tunnel and recorded a rather...
NHL・9 HOURS AGO

Centers Steven Stamkos of the Tampa Bay Lightning, Nazem Kadri of the Colorado Avalanche and Mika Zibanejad of the New York Rangers, and Anaheim winger Troy Terry have won the final roster spots for the NHL's All-Star Weekend as a result of fan voting
NHL・2 DAYS AGO
CBS Boston

BOSTON (CBS) — The Bruins earned a spirited 4-3 win over the Washington Capitals on Thursday night, but it may have come at a cost. Brad Marchand had to leave the game in the second period after taking a hit from behind by Washington’s Garnet Hathaway, which head coach Bruce Cassidy called a “cheap hit.” Marchand suffered an upper-body injury on the play, which occurred a little more than halfway through the second period. The Bruins winger went into the corner to play the puck, and Hathaway lined him up and delivered a crushing blow right between the numbers, sending Marchand...
NHL・10 HOURS AGO