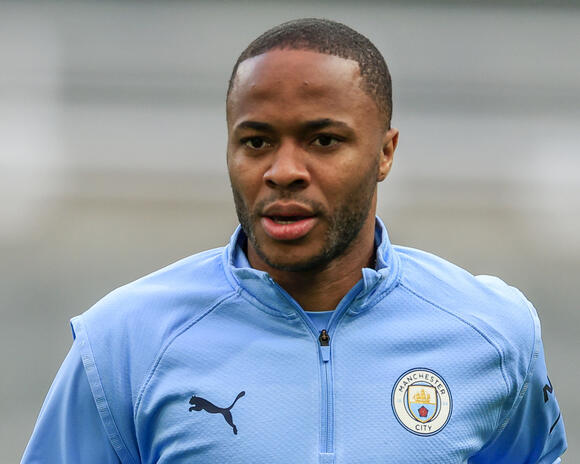 The 26-year-old has been heavily linked with a move away from City after falling down the pecking order since the start of the campaign, as he has made just six starts for Pep Guardiola's side this season.

Sterling, who has less than 18 months left on his existing deal, has admitted that he would be open to moving abroad for more game time amid speculation linking him with a January move to Barcelona.

Despite starring for England at the European Championships, the former Liverpool man has netted just twice since August - which has seen contract renewal talks between him and the Premier League champions stall for the time-being.

According to the latest information of Graeme Bailey of 90min, Sterling has informed Manchester City that he wants to leave for Barcelona on loan in the January transfer window.

It has been mentioned that the London-born star has told Manchester City manager Pep Guardiola that he doesn't see himself in the Catalan's long-term plans, and that he wants to move to Barcelona.

Though sources close to the Manchester club have maintained that City are unlikely to sanction a move in January, it has been reported that Guardiola will allow Sterling to leave if he desires to leave the Sky Blues.

Additionally, Guardiola has informed Manchester City chiefs Txiki Begiristain and Ferran Soriano has he will not be pushed into giving Sterling minutes, and that the attacker can leave if his heart is set on a move to Catalonia.

It has been mentioned previously that Barcelona are plotting a January 'fire-sale' in a desperate move to sign Raheem Sterling, who is greatly admired by newly-appointed manager Xavi.

It has been stated that the Spanish giants could offload midfielder Frenkie De Jong in order to raise funds for their pursuit of Sterling, who is preparing to swap Greater Manchester for Catalonia in January.

Though contract renewal talks between him and City have taken a backseat, it has been stated that Sterling is remaining calm and concentrating on the rest of the season at the Etihad Stadium.

It is no secret that the bedrock of Manchester City's success in recent season has been the solid defence in front of Ederson. With the resurgence of John Stones, as well as the addition of Rúben Dias from Benfica for a reported fee of £62 million, Manchester City's rearguard has become arguably the most important part of the squad.
PREMIER LEAGUE・2 DAYS AGO
CityXtra

Guardiola's men can extend their advantage at the top of the league with a win over the west Londoners at the Etihad Stadium on Saturday, a week after their FA Cup third-round victory against Swindon Town at the County Ground. Chelsea boss Thomas Tuchel conceded in his pre-match press conference...
PREMIER LEAGUE・2 DAYS AGO
CityXtra

With their failed pursuit of Tottenham centre-forward Harry Kane in the summer transfer window, Manchester City have struggled to find a successor to legendary striker Sergio Aguero. Add to that Ferran Torres’ departure to Barcelona in recent weeks, as well as Liam Delap’s long-term injury lay-off throughout the course of...
PREMIER LEAGUE・17 HOURS AGO
CityXtra

In the modern era of Manchester City Football Club, there have been plenty of impressive teams. From Manuel Pellegrini's 2013/14 Premier League title-winning side - who caught top-flight leaders Liverpool in the dying months of the season, to Pep Guardiola's centurions - who made light work of all of their foes that season.
PREMIER LEAGUE・10 HOURS AGO

The upcoming summer transfer window is expected to be one of significant business for the reigning Premier League champions, as they look to prioritise the signing of a new centre-forward to replace the recently departed and retired Sergio Aguero. However, while a top level striker is expected to be the...
PREMIER LEAGUE・19 HOURS AGO
CityXtra

It was revealed that Manchester City had recorded revenue of £569.5 million during the 2020/21 season, with the club returning profit after making a £126 million loss in the previous year due to the financial impact of the COVID-19 pandemic. City, who won both the Premier League and...
PREMIER LEAGUE・1 DAY AGO
CityXtra

Pep Guardiola's side won their 12th consecutive Premier League game on Saturday afternoon, as they moved 13 points ahead of second-placed Chelsea with a superb 1-0 victory at the Etihad Stadium. The win, courtesy of a fine strike from Kevin De Bruyne in the 70th minute, would secure the Blues'...
PREMIER LEAGUE・2 DAYS AGO
CityXtra

The west Londoners lost further ground in the race for the Premier League title as Kevin De Bruyne's sumptuous strike after 70 minutes sealed a 12th straight league win for Pep Guardiola's men at the weekend. With Liverpool closing the gap to Manchester City to 11 points (with a game...
PREMIER LEAGUE・1 DAY AGO
CityXtra

Scoring his fifth Premier League goal in eight matches against Chelsea, Kevin De Bruyne proved to be the difference maker with an absolute belter of a strike in Manchester City's latest win at the Etihad Stadium that took them 13 points clear of the west London side in the league table.
PREMIER LEAGUE・1 DAY AGO
CityXtra

Despite suffering a recent Coronavirus outbreak within the club, Manchester City have not stopped in their tracks, with commanding wins against Swindon Town in the FA Cup third round followed by Chelsea in the Premier League. Progressing to the Fourth Round of the FA Cup and sitting 11 points clear...
PREMIER LEAGUE・18 HOURS AGO
CityXtra

Patrick Roberts’ steep £11 million signing from Fulham to Manchester City was met with several expectations, considering the youngster was one of English football’s most promising talents. However, a host of fruitless loan spells to the likes of Celtic, Girona, Norwich City, Middlesbrough, Derby County and Troyes...
PREMIER LEAGUE・22 HOURS AGO

There are so many facets of football that make Pep Guardiola's Manchester City so great. They are experts in keeping possession, flawless in their build-up play, but it is one of the very basics of football that makes them such a relentless winning machine - their pressing. Telling a footballer...
PREMIER LEAGUE・22 HOURS AGO
CityXtra

Pep Guardiola’s men are seemingly making the race for the coveted Premier League crown a cakewalk, having put together a splendid eleven-game winning streak ahead of their league meeting with Chelsea. Despite tasting defeat to Tottenham Hotspur on the first day of the campaign and failing in their pursuit...
PREMIER LEAGUE・2 DAYS AGO
CityXtra

The league leaders can extend their advantage at the top of the pile with their second win over the west Londoners this season, after Gabriel Jesus' second-half strike sealed a crucial 1-0 win for Pep Guardiola's men at Stamford Bridge in September. Manchester City made their way past Swindon Town...
PREMIER LEAGUE・2 DAYS AGO
CityXtra

Ederson - 7 One absolutely brilliant save at a crucial moment from Romelu Lukaku. These big moments have come so often for Ederson this season, and it's time his shot-stopping got the credit it deserves. Kyle Walker - 7 It's not even fair how much quicker he is than almost...
PREMIER LEAGUE・2 DAYS AGO
CityXtra

The league leaders were at their assertive best against the European champions for the second time this campaign, as they capped off their league double over the visitors with a narrow triumph at the Etihad Stadium. The victory extended Manchester City's advantage over Chelsea in the table to a staggering...
PREMIER LEAGUE・1 DAY AGO
CityXtra

Manchester City will be aiming to claim their 12th consecutive win in the Premier League when they host Chelsea at the Etihad Stadium on Saturday afternoon in what has all the makings of a titanic battle at the top of the league table. The recent surge in COVID-19 cases across...
PREMIER LEAGUE・2 DAYS AGO
CityXtra

“It is Not His Best!" - Pep Guardiola Makes Stunning Claim About Man City Star Despite Chelsea Display

The past six months have not been ideal for Manchester City's Belgian maestro, Kevin De Bruyne. After fracturing his cheekbone in the Blues' 1-0 loss to Chelsea in the UEFA Champions League final in May, the Belgian picked up a serious ankle injury while playing for his country at Euro 2020.
PREMIER LEAGUE・18 HOURS AGO
CityXtra

"We Are Going to Have A Handful With Him!" - Kevin De Bruyne Warns Man City Squad About Threat Posed By 'Dangerous' Chelsea Star

Kevin De Bruyne faces a familiar foe in Chelsea in the east side of Manchester on Saturday afternoon, as Manchester City seek to go 13 points clear of the European champions with their 12th straight Premier League victory. After Jose Mourinho infamously let go of the Belgium international on loan...
PREMIER LEAGUE・2 DAYS AGO