Is Liverpool vs Arsenal on TV today? Kick-off time, channel and how to watch Premier League fixture 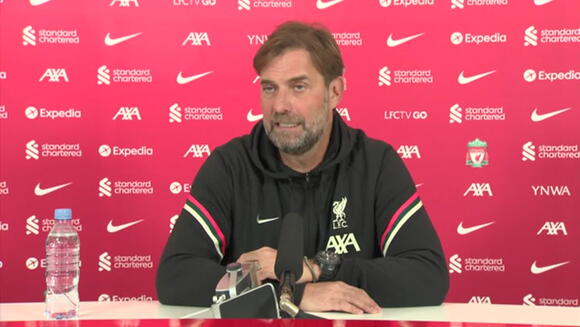 Arsenal travel to Liverpool FC in the evening kick-off in the Premier League on Saturday following the conclusion of the international break.

With World Cup qualification nearing its conclusion, focus switches back towards domestic action and the long wind-up towards the hectic Christmas schedule.

The Reds are desperate to rebound after a damaging loss to West Ham last time out hit their title hopes, while dropping them to fourth in the table.

The Gunners meanwhile hope to make it 10 games without defeat in the league as Mikel Arteta tests himself against Jurgen Klopp in hope of a boost to their top four aspirations.

Here is everything you need to know ahead of the match:

When is the match and what time does it start?

The match at Anfield is scheduled for a 5.30pm GMT kick-off on Saturday November 20 2021

The game will be broadcast on Sky Sports’ Main Event and Premier League channels.

A live stream is available for Sky subscribers through the Sky Go online player or app.

Liverpool left-back Andy Robertson is doubtful after picking up a hamstring injury on international duty with Scotland.

Jurgen Klopp will turn to Kostas Tsimikas if the Scot is unable to start. Jordan Henderson and Sadio Mane should overcome injury scares after training on Tuesday, but Roberto Firmino, Curtis Jones and Naby Keita are all set to remain on the sidelines.

Pierre-Emerick Aubameyang trained on Wednesday to hand the Gunners a boost. The striker had missed Gabon’s match against Egypt and returned to London but looks to have shaken off any lingering issues.

Thomas Partey missed out on international duty with Ghana due to injury and could remain sidelined here, but Kieran Tierney now looks primed to start after two appearances for the Tartan Army during the international break and that means Nuno Tavares could drop out of the line-up.

It was inevitable that Everton would sack Rafa Benitez. In theory he was a good appointment. The reality was different. The 61-year-old has the sort of obsessive nature and organisational talents needed to untangle a club in a mess. Just not this club.Almost no one wanted him. Not the owner, not the board, not the fans. Alisher Usmanov, the main sponsor and business associate of Farhad Moshiri, was the Spaniard’s biggest advocate. Moshiri, the man with his name over Goodison’s front door, was always dubious.Benitez had committed just about the worst crime in the eyes of the Gwladys Street. He...
SOCCER・2 DAYS AGO
The Guardian

Manchester United rode their luck in the first half, but were ruthless in the second to continue their push for the top four
PREMIER LEAGUE・8 HOURS AGO
The Independent

Liverpool midfielder Alex Oxlade-Chamberlain will miss Thursday’s Carabao Cup semi-final second leg against Arsenal but his ankle injury is not serious, assistant manager Pepijn Lijnders has said.The 28-year-old was forced off in the second half of Saturday’s 3-0 Premier League victory over Brentford at Anfield, soon after scoring the Reds’ second goal.The problem rules him out of this week’s return to his former club Arsenal, but the club are hopeful he could be back in action for this weekend’s trip to Crystal Palace.Lijnders told the club’s website, www.liverpoolfc.com: “I spoke yesterday with him and he thinks it’s not that...
PREMIER LEAGUE・19 HOURS AGO

Ralf Rangnick has no concerns about selecting Paul Pogba during the final months of his Manchester United contract, even if the midfielder’s only motivation to play well is to earn a deal at another club.Pogba has entered the final six month of his current Old Trafford terms, with little progress made in discussions over a renewal and a departure on a free transfer in the summer considered likely.The 28-year-old is yet to make an appearance under interim manager Rangnick after suffering a thigh injury while on international duty in November, though returned to full training on Monday.Rangnick expects Pogba...
PREMIER LEAGUE・1 DAY AGO
The Independent

Kepa Arrizabalaga admits Chelsea are starting to look over their shoulder in the battle for Champions League qualification after their slump continued with a 1-1 draw at Brighton.The third-placed Blues topped the Premier League table early last month but a dismal run of just two wins from nine top-flight outings since has left their title challenge in tatters.Pressure is growing on manager Thomas Tuchel with his side now 12 points adrift of leaders Manchester City, having also played a game more.In addition, London rivals Tottenham and Arsenal could soon start to threaten Chelsea’s position in the top four as they...
PREMIER LEAGUE・19 HOURS AGO

Cristiano Ronaldo and Lionel Messi were both included in the men’s world XI team of the year alongside Erling Haaland and Robert Lewandowski – winner of the men’s individual prize – in a front four.Fifpro’s 2021 team crowbarred in the attacking quartet, with a back three of Manchester City’s Ruben Dias alongside Bayern Munich’s David Alaba and Euro 2020 winner Leonardo Bonucci. Dias’s City teammate Kevin De Bruyne was named in midfield alongside Jorginho and N’Golo Kante. Meanwhile Barcelona players were surprisingly omitted from the women’s team, despite Barca and Spain midfielder Alexia Putellas winning the women’s player of the...
FIFA・2 DAYS AGO
The Guardian

It’s Chelsea vs. Bright & Hove Albion Tuesday as we get set for some midweek English Premier League action. Chelsea will be looking to climb back into the No. 2 spot in the EPL standings, currently trailing Liverpool by a couple of points. The club will be looking to stars like Mason Mount, Romelu Lukaku and Christian Pulisic to continue their success after defeating Tottenham in the 2022 Carabao Cup semifinals. However, the club is also coming off a 1-0 loss to Premier League leaders Manchester City. On the other side, Brighton currently sits in ninth place in the EPL standings with a record of 6-10-4. Tuesday’s match will air on TV via USA Network in English and NBC Universo in Spanish. Fans that don’t have cable can watch the match streaming via fuboTV, which has a free trial.
PREMIER LEAGUE・1 DAY AGO
The Guardian

Chelsea look to get back on track at Brighton after coming unstuck against a dominant Man City to all but end their Premier League title hopes.Brighton will be tough opposition and even snatched a point last month at Stamford Bridge thanks to Danny Welbeck. Graham Potter’s side also fought back last time out to draw at home to Crystal Palace, showing their mental resilience. This game is being played tonight due to the European champions’ commitment to play in the Club World Cup, shifting from the original 8 February date, a move that Thomas Tuchel is struggling to come to...
PREMIER LEAGUE・1 DAY AGO
The Independent

Leicester City, led by striker Jamie Vardy, faces Tottenham in an English Premier League match on Wednesday, January 19, 2022 (1/19/22) at King Power Stadium in Leicester, England. Fans without cable can watch the match for free via a trial of fuboTV. Here’s what you need to know:. What:...
PREMIER LEAGUE・12 HOURS AGO
The Independent

Leicester City host Tottenham Hotspur tonight in the Premier League in a match that was previously scheduled to be played before Christmas. Both Spurs and Leicester have had several games postponed due to Covid-19 cases, including this weekend as matches against Arsenal and Burnley respectively were postponed. FOLLOW LIVE: Team news and all the action as Brentford host Manchester UnitedAntonio Conte’s Spurs were left furious by the decision to call off Sunday’s north London derby against Arsenal and now have four games in hand on fourth-placed West Ham in the race for a Champions League spot. Spurs were knocked out...
PREMIER LEAGUE・12 HOURS AGO
TechRadar

Ralf Rangnick's mission to get Manchester United back on track could get a major boost this evening, with the interim boss knowing that a win at Brentford will send his side back up to fifth place. The Londoners' grip on the league is also slipping and could do with a result of their own. Read on to find out how to watch Brentford vs Manchester United online and get a Premier League live stream, no matter where you are in the world today.
PREMIER LEAGUE・16 HOURS AGO