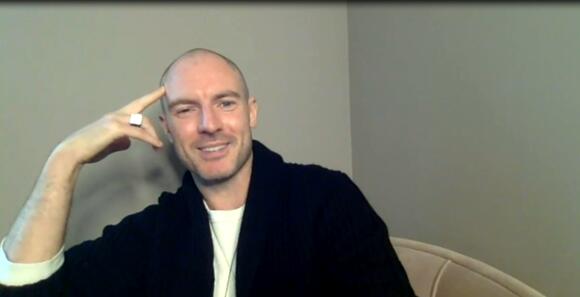 Richard Flood shared how he got cast on “Grey’s Anatomy” and how he had to learn all the intricacies about all the characters’ relationships when he joined the show. He also talked about celebrating an “American Thanksgiving” with his family, who are visiting from Ireland.

Watch Richard in “Grey’s Anatomy” at 9 p.m. on Thursdays on ABC.

Clint Howard shared stories from his childhood. He talked about growing up with his brother Ron Howard and shared details about their new book “The Boys: A Memoir of Hollywood and Family.” The memoir is available wherever books are sold. This segment aired on the KTLA 5 Morning News on Jan. 21, 2022.
CELEBRITIES・1 DAY AGO
goodhousekeeping.com

Before Grey’s Anatomy Cast Katherine Heigl As Izzie, A Lost Alum Was In Contention For The Role

It’s hard to imagine Grey’s Anatomy’s Izzie Stevens being played by anyone other than Katherine Heigl. Though before the actress scored her Emmy-winning role, Lost alum Yunjin Kim was actually in contention for the part, before she even landed her spot within the cast of the long-running plane crash drama. Now, she’s opening up about the experience of landing the major auditions.
CELEBRITIES・6 DAYS AGO
Vulture

You really thought they’d let this one flatline? Grey’s Anatomy continues to show signs of life at ABC, with the network renewing the medical drama for a landmark 19th season. Star Ellen Pompeo, who perennially drums up speculation about the show’s ending, not only is set to return as Dr. Meredith Grey but will receive a promotion from co-executive to executive producer for season 19. “I couldn’t be more excited that we get to keep telling the stories of Meredith, Bailey, Richard and all of the other doctors at Grey Sloan Memorial for another season,” said creator Shonda Rhimes in a statement. Showrunner Krista Vernoff, who is returning for her sixth season in the role, added, “Grey’s Anatomy has a global impact that can’t be overstated. Grey’s touches, and sometimes changes, hearts and minds worldwide through the depth of connection people feel with these characters.” News of the Grey’s renewal comes ahead of its midseason premiere on February 24. Anybody feel a pulse?
TV SERIES・12 DAYS AGO
extratv

While he was promoting his new movie “Redeeming Love,” “Extra’s” Katie Krause spoke with Eric Dane about the possibility of returning as Mark Sloane on “Grey’s Anatomy” after his surprise appearance on Season 17, as well as his role on the second season of “Euphoria.”
TV SERIES・3 DAYS AGO

Grey's Anatomy fans can breathe a sigh of relief over the show's future. ABC, in the US, announced on Monday (January 10) that it has given the ratings juggernaut a 19th season, with Ellen Pompeo on board to return as Dr Meredith Grey and showrunner Krista Vernoff back too (via Variety).
TV SERIES・12 DAYS AGO
wnypapers.com

Showrunner Krista Vernoff will continue to lead TV’s longest-running primetime medical drama, starring Ellen Pompeo. ABC Entertainment has ordered season 19 of the iconic and longest-running primetime medical drama series, “Grey’s Anatomy,” starring Ellen Pompeo. In the upcoming season, the record-breaking Shondaland franchise will explore the ever-expanding world of modern medicine through the eyes of beloved returning and new characters. Executive producer and showrunner Krista Vernoff will continue to helm the series, which remains a global sensation – and the network’s No. 1 show this season and No. 1 broadcast drama among adults 18-49 (tie).
TV & VIDEOS・12 DAYS AGO
WOOD

ABC’s ‘Greys Anatomy’ announces its return for a 19th Season

GRAND RAPIDS, Mich. (WOTV) – Calling all “Grey’s Anatomy” fans, ABC has officially announced that it’s longest-running medical drama series will be returning for yet another season. While the 18th season of “Grey’s Anatomy” is set to air at 9 pm on Thursday, Feb. 24., in a crossover event with “Station 19,” the show has announced that it will also be returning for a 19th season.
TV SERIES・9 DAYS AGO
Elite Daily

Don’t hang up your scrubs just yet, because despite rumors that Grey’s Anatomy may be nearing its end with Season 18, ABC has other plans for the long-running medical drama. That’s right — Grey’s Anatomy Season 19 is officially happening. The renewal announcement came in the middle of Season 18, and confirmed there still is no end in sight for the doctors at Grey Sloan Memorial Hospital.
TV SERIES・12 DAYS AGO

Grey’s Anatomy season 19: Will it be the final season? ABC boss on plans

Earlier this week, the news was first revealed that Grey’s Anatomy had been renewed for a season 19. Now, let’s go ahead and ask the following: Will it be the final season? Is there hope for more a little bit down the road here?. We’ve said it before...
TV SERIES・10 DAYS AGO