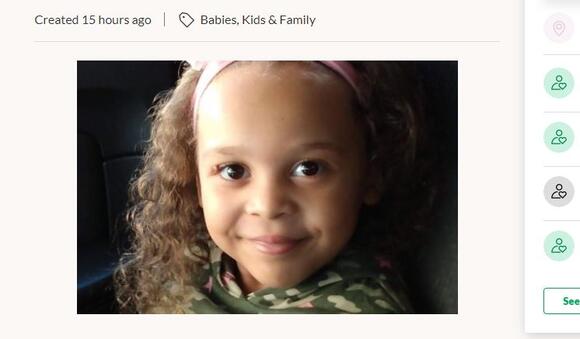 According to Young’s attorney Tom Porto, both parties have finalized a plan that will provide Young with “world-class medical care and long-term financial stability.”

“Ariel’s recovery is a long road, but she has made great strides and continues to improve every day. Earlier this fall, she attender her first day of school,” Porto said in a statement.

Reid’s criminal case has not yet been adjudicated.

In February, Reid crashed into two vehicles stopped on the shoulder of the highway near Arrowhead Stadium.

Court documents said that when police arrived, Reid’s blood alcohol content was .113. He told police he had two or three drinks that night and had an Adderall prescription.

Police say, Reid was driving 82 mph in a 65 mph zone before crashing into the vehicles. One of the vehicles was assisting the other after running out of fuel.

Young suffered traumatic brain injuries and was in the hospital until April. A GoFundMe for her medical bills has raised nearly $600,000.

A man who escaped from a federal prison in 2018 may have stolen more than $700,000 while he was still behind bars, according to an indictment.
LITTLETON, CO・3 DAYS AGO
KOLR10 News

A Missouri farmer has been sentenced to life in prison after he admitted he killed two Wisconsin brothers who disappeared after visiting his farm in July 2019.
SHAWANO COUNTY, WI・3 DAYS AGO
KOLR10 News

Another Licking prisoner dies: 7th in one month

LICKING, Mo. — Another prisoner of the South Central Correctional Center in Licking, Missouri, died. Demarco Washington, 35, of St. Louis County, is the seventh prisoner to die in one month at the Licking prison. He was serving a 10-year sentence for first-degree endangering the welfare of a child, two counts of second-degree burglary, and […]
LICKING, MO・1 DAY AGO
KOLR10 News

The five richest people in Missouri, and how much they’re worth

A loving Arkansas mother and a doting Missouri father seem happy on the outside. But what happens when she snaps?
MOUNTAIN HOME, AR・18 HOURS AGO
KOLR10 News

A jury in Bowie County has found Taylor Parker guilty of capital murder in the death of Reagan Hancock and the kidnapping and murder of her unborn baby, Braxlynn Sage Hancock.
BOWIE COUNTY, TX・18 HOURS AGO
KOLR10 News

LACLEDE COUNTY, Mo. — Three people, including a 7-year-old boy, were airlifted to a Springfield hospital after their vehicle crashed and burned in Laclede County. Around 10:08 p.m. Thursday night, Sept. 29, the Missouri State Highway Patrol investigated a crash on Pennington Drive near South Outer Road in Laclede County. According to a crash report, […]
LACLEDE COUNTY, MO・4 DAYS AGO

LAMAR, Mo.- A Lamar man involved in a car crash has died while two other passengers sustained injuries following a crash early Sunday morning, according to a Missouri State Highway Patrol report. Benjamin Harrington, 18, was driving a Chevrolet Impala with two teenage passengers around 1:45 am on Sunday morning. Harrington was going eastbound on […]
LAMAR, MO・1 DAY AGO
KOLR10 News

LICKING, Mo. — A seventh inmate has died in one month at the men’s state prison in Licking. The South Central Correctional Center won’t comment on the deadly trend until toxicology reports come back. The Texas County Coroner said that could take up to two months, as labs are backlogged and positive toxicology reports require […]
LICKING, MO・15 HOURS AGO
KOLR10 News

Five members of an Arkansas white supremacist gang were sentenced to prison Wednesday as part of a six-year federal investigation.
RUSSELLVILLE, AR・2 DAYS AGO
KOLR10 News

SPRINGFIELD, Mo. — A man was arrested this morning as the result of an investigation into a hit-and-run murder that happened during Halloween a year ago. Donald R. Pierce, Jr., 49, of Rogersville, was charged on Sept. 30 of 2022 in connection to a murder on Halloween of 2021. A warrant was put out for […]
ROGERSVILLE, MO・23 HOURS AGO
KOLR10 News

SPRINGFIELD, Mo. — Today is the last day to cash in on a new tax refund in Missouri. Missouri is offering a gas tax refund after increasing its tax by 2.5 cents in the past year. This is scheduled to increase every year over the next three years. Most Missouri drivers are eligible for this […]
SPRINGFIELD, MO・4 DAYS AGO
KOLR10 News

Missouri has $1B in unclaimed property, some to be auctioned off soon

The Missouri Treasurer's office is hosting a two-day unclaimed property auction that begins this weekend in Columbia.
MISSOURI STATE・3 DAYS AGO
KOLR10 News

This is the wealthiest person in Missouri, according to Forbes

Nearly every state was represented on the list. Can you guess who the wealthiest person in your state is?
MISSOURI STATE・4 DAYS AGO

BRANSON, Mo.- Night one of the Garth Brooks concerts brought a headache for many fans, as they waited hours in traffic. Fans say they were at a stand-still from Ridgedale, all the way to Hollister on Highway 86. Headlights shine on Highway 86 as state troopers direct traffic. Getting out to the arena most had […]
RIDGEDALE, MO・2 DAYS AGO
KOLR10 News

Some students at Belton High School said they were drugged at their homecoming dance this weekend, but the district denies those claims.
BELTON, MO・16 HOURS AGO
KOLR10 News

Kacey Jennings, the man arrested in connection with the murder of Allison Maria Castro, 28, obtained a restraining order against her this summer, only to ask for it to be dismissed one day later.
FAYETTEVILLE, AR・1 DAY AGO
KOLR10 News

The Laclede County Sheriff's Office said the day the woman was released from prison, she was in the car with the stepson of a man she had exchanged letters with while behind bars before she was involved in a deadly crash.
LEBANON, MO・3 DAYS AGO