I’m a Celebrity: Who are the previous winners and where are they now? 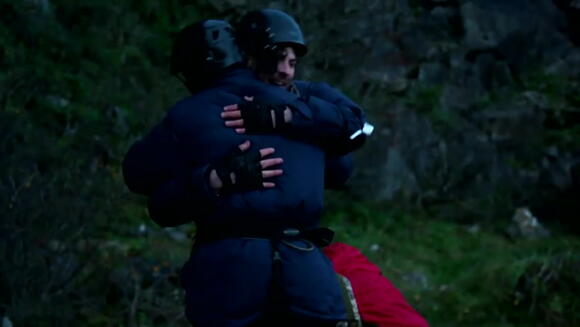 As the new series of I’m a Celebrity … Get Me Out of Here! looms closer, you might be wondering what became of previous winners.

Stars participating on this year’s series have arrived in Wales ahead of the launch episode, which will be broadcast this Sunday (21 November).

Among this year’s crop of celebrity contestants is Frankie Bridge, who is best known for her time in pop group The Saturdays, and Good Morning Britain co-host Richard Madeley , who is already taunting viewers about the potential Bushtucker Trials .

Read more about this year’s contestants here and learn about the castle in Wales where the competition is being held here .

Find out about previous winners and what they’re up to now, below:

Broadcaster Tony Blackburn was the first ever King of the Jungle after emerging victorious in the first series of I’m a Celeb . After making it out of the Australian outback, he carried on with his work at a number of radio stations.

After winning the second season of I’m a Celeb, retired cricketer Phil Tufnell went on to become a team captain on the quiz show They Think It’s All Over in 2005, before leading a team on the BBC’s A Question of Sport.

He appeared as a contestant on Strictly Come Dancing in 2009, and continues to make regular appearances on The One Show and elsewhere as a sports pundit.

Kerry Katona famously became the face of Iceland supermarkets after becoming the first-ever Queen of the Jungle in 2004.

She later made appearances on Celebrity Big Brother and Dancing on Ice, and has appeared as a guest on shows such as Loose Women, This Morning, and Good Morning Britain.

There were two series of I’m a Celebrity in 2004. Kerry Katona won the first in February, while comedian Joe Pasquale triumphed in December that same year.

He has scored a job as the host of a rebooted series of The Price is Right in 2006. He appeared on Dancing on Ice in 2013, then again the following year for an All Stars series.

The daughter of Margaret Thatcher beat competition from the likes of Bobby Ball, David Dickinson and Blue singer Anthony Costa to win the 2005 series.

She became a freelance contributor on The One Show after winning I’m a Celeb , but was dropped by the BBC after referring to a black tennis player as a “golliwog” during a private conversation with comedian Jo Brand and presenter Adrian Chiles.

The Busted bassist hosted a spin-off I’m a Celebrity… Get Me Out of Here NOW! with his then-partner Emma Willis, a year after winning the 2006 series. The show ran until 2008.

He has interviewed fellow celebrities on the red carpet and presented coverage for a number of awards shows, including the Brit Awards and the Baftas.

As an actor, he had a short-term role in EastEnders as the boyfriend of character Stacey Branning, and as a theatre performer in shows including West End productions Flashdance: The Musical, and Wicked. 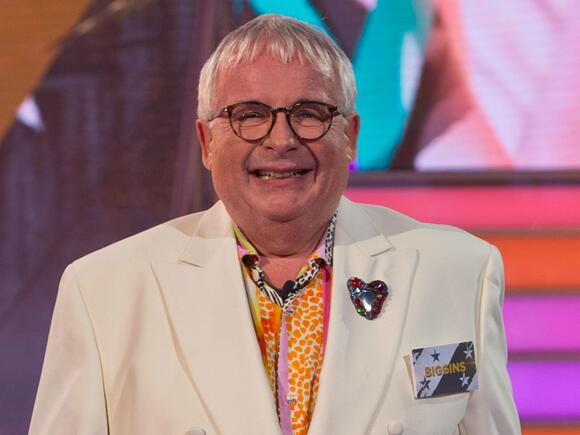 The actor and TV presenter was a popular winner with I’m a Celeb fans in 2007, and has remained a regular fixture on British TV.

In 2016, he caused controversy and was removed from the Celebrity Big Brother house for making comments that were “capable of causing great offence to housemates and the viewing public.”

The EastEnders star recently won this year’s series of Dancing on Ice, but before that he was crowned King of the Jungle on I’m a Celebrity in 2008.

For the next decade, he was part of the presenting team on the I’m a Celeb spin-off show on ITV2. He has also appeared in various pantomimes.

The Italian chef managed to survive a number of gruelling challenges during his time in the jungle and remains a popular figure on TV cooking shows.

Like previous winner Kerry Katona, Solomon became a face of Iceland supermarkets after being crowned Queen of the Jungle.

She has since presented a number of TV shows, and is a panellist on the show Loose Women. She also served as a co-presenter on the I’m a Celebrity spin-off, Extra Camp. She is married to fellow I’m a Celeb winner Joe Swash. 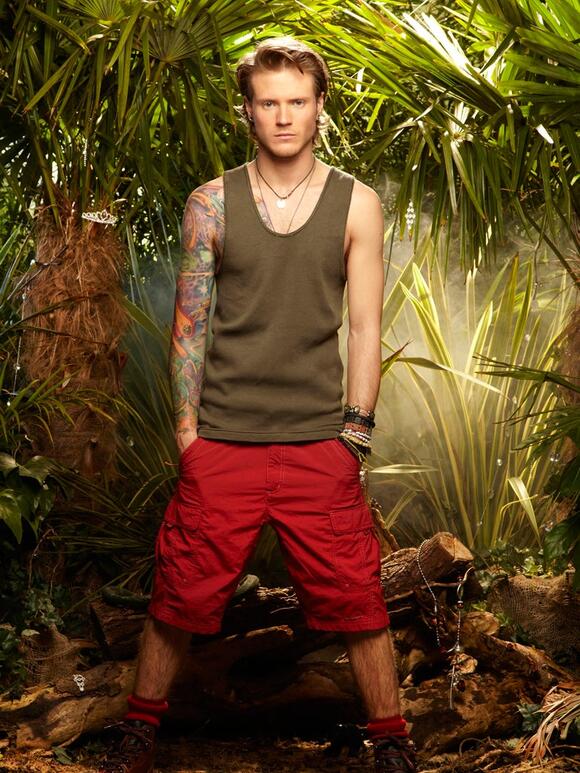 Boyband members seem to have a good time of it on reality TV. Poynter won in 2011 and went on to tour with McBusted, a “supergroup” boyband formed from Busted and McFly, and with his rock band, A.

After winning the 2012 series of I’m a Celebrity , the EastEnders star returned to continue playing antagonist Janine Butcher.

Brooks quit the show in 2014 and has since been heard narrating Channel 5 show Botched Up Bodies . She also released a fitness DVD.

Kian Egan was brought on as a coach on The Voice of Ireland following his win on I’m a Celeb .

The former motorcycle racer is one of the few winners who apparently shirked offers of endorsement deals and TV appearances after winning I’m a Celeb in 2014, sticking mainly to charity work.

The former Ex On the Beach star was flooded with TV offers after becoming Queen of the Jungle in 2015.

She became a panellist on Loose Women and also presented I’m a Celebrity: Extra Camp . She has written an autobiography and two novels, and appeared on a number of shows including Celebrity Coach Trip and Celebrity Masterchef. 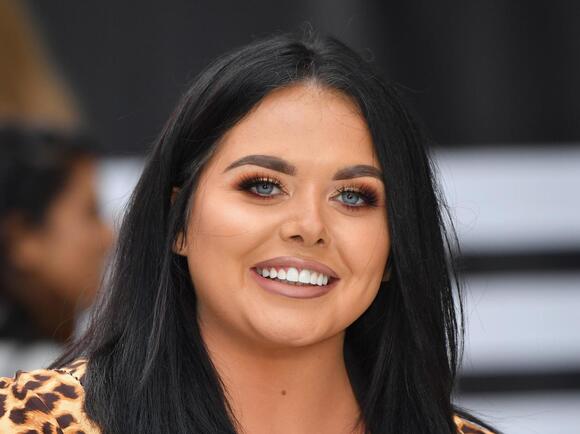 The Gogglebox star won the hearts of I’m a Celeb fans everywhere for her performance,  ultimately going on to be voted Queen of the Jungle.

She later scored a gig as a co-host on Ant and Dec’s Saturday Night Takeaway , and recently appeared with her family in the controversial Channel 4 documentary, The British Tribe Next Door .

Toffolo was one of the more controversial winners of I’m a Celebrity thanks to her devotion to MP Jacob Rees Mogg.

She joined This Morning as a roving reporter after winning the show in 2017, but still makes regular appearances on Made in Chelsea , the show that made her famous.

Also on TV, she has appeared on Celebrity Gogglebox and Celebrity Hunted . She released a book, Always Smiling, in 2018.

The veteran football manager’s coronation as King of the Jungle in 2018, where he beat popular actor John Barrowman, was watched by almost 11 million viewers. After winning the show, he went back to his football career.

EastEnders star Jacqueline Jossa was one of the more popular winners of I’m a Celebrity thanks to her unfiltered but endearing personality.

Earlier this month it was announced that Jossa is making her West End debut in a special, socially distanced performance of A Christmas Carol: The Musical at the Dominion Theatre in London.

Giovanna Fletcher was declared the winner of I’m a Celebrity … Get Me Out Of Here! last year.

The podcaster and author beat out fellow contestant Jordan North to be named the show’s first ever Queen of the Castle.

Fletcher, 35, might be best known as a host of the Happy Mum, Happy Baby podcast, an audio show which earlier this year featured Kate Middleton’s first-ever podcast interview. She is married to McFly singer Tom Fletcher, who is currently competing on this year’s series of Strictly Come Dancing .

Court cases and deals with ASOS: Here’s where all The Apprentice winners are now

Every year you tune in to The Apprentice, thinking it couldn’t possibly get any more chaotic – and yet each series the show only gets even more dramatic. The Apprentice has has some pretty iconic winners in the past – Dr Leah, Sian the ultimate girlboss, and who could forget Ricky Martin? There have been 16 Apprentice winners across 15 series so far, and they’ve all had, uh, let’s say varying degrees of success. When we look at where all the winners of The Apprentice are now, some have had deals with ASOS or are raking in millions of pounds, whilst some have resorted to posting their very own motivational quotes on their cringe Instagrams. One previous winner even tried to sue Lord Sugar.
LAW・14 DAYS AGO
digitalspy.com

I'm a Celebrity... Get Me Out of Here! former campmate Frankie Bridge has responded to the recent reports of a feud between the Loose Women panellists. Earlier this month, it was reported that longtime panelist Coleen Nolan had fallen out with a number of her co-stars, with some allegedly refusing to work on the same episodes as her.
CELEBRITIES・4 DAYS AGO