This Is the Least Reliable Car in America 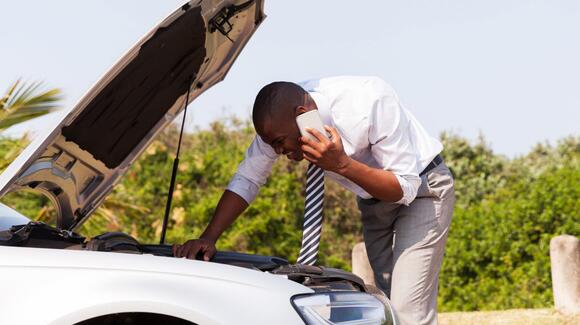 Car sales in the United States have hit an unusual patch. Demand is at high levels, likely because people could not get to dealers throughout the COVID-19 pandemic. On the other hand, a tremendous shortage of the semiconductors used in car electronic, navigation and entertainment systems has caused large manufacturers to close assembly lines and has badly damaged their finances.

Among the yardsticks used to measure the effects of the shortages are "days on lot" and cars sold over the manufacturer's suggested retail price (MSRP). The first of these measures shows how long a car remains at a dealer from when it arrives from the manufacturer until is delivered to a customer. Traditionally, this is between 50 and 60 days. The days on the lot number has dropped to 25, according to iSeeCars.

In terms of car prices over MSRP, dealers charge more than car companies suggest for some models. This lift can be over 20%. While some potential customers complain, dealers know that demand makes complaints irrelevant.

Several organizations measure car quality. Among the best known are from J.D. Power. Others are from car media. Among the most carefully followed is Consumer Reports. The nonprofit consumer product evaluation organization recently released its annual auto reliability study. The study drew on the experience consumers had with over 300,000 cars. For car companies, the ratings are critical because they are used to make vehicle purchase decisions.

In all, the survey covers 28 brands ranked on a scale of 0 to 100. Three brands at the top of the list had scores above 70: Lexus (76), Mazda (75) and Toyota (71). Lexus is the luxury brand of Toyota. Eight of the top nine brands on the list were Japanese. Only Buick cracked the high end with a score of 66.

Several luxury models that should have high reliability because of their prices and levels of manufacturing care instead had mediocre scores. These included Porsche (52), Audi (47), Cadillac (47) and BMW (45).

Another luxury brand fell to the bottom of the list, far below any other brand. Lincoln had a score of 18, which is remarkably low.

Lincoln has been Ford's troubled luxury brand for decades. Once the leader in U.S. luxury car sales along with Cadillac, its sales have dropped far behind the leading Japanese and German brands. Lincoln barely sells enough cars in the United States to be a viable business.

According to the report:

All Lincoln models have below-average reliability, with the Corsair and Aviator being well-below average. They, along with the Nautilus, have transmission, in-car electronics and power equipment problems.

It is yet another reason Lincoln cannot crawl out of its hole.

Click here to see which is the fastest-selling car in America.

This Is the Most Popular Car in America

A recent analysis reveals that the Ford F-150 was again the top-selling vehicle in the United States last year.
CARS・11 DAYS AGO
24/7 Wall St.

This Is The Highest Rated Car In America

The reviews and ratings of cars have become an industry. Top research firms in the field include J.D. Power, Consumer Reports, and The American Customer Satisfaction Index. A number of media companies are also in this field. US News, Car and Driver, and Motor Trend get a significant portion of their revenue from their car […]
BUYING CARS・2 DAYS AGO
24/7 Wall St.

American Cities Where Your Car Is Least Likely to Be Stolen

Motor vehicle theft, one of the most serious offenses tracked by the FBI, is on the rise in the United States. There were a total of 810,400 motor vehicle thefts nationwide in 2020, the most in over a decade.  Motor vehicle theft can be either the theft or attempted theft of a vehicle, such as […]
PUBLIC SAFETY・10 DAYS AGO
24/7 Wall St.

This Is America’s Fastest Dying Industry

Over the past century, some once huge American industries have almost disappeared. Some of these provide products and services Americans no longer use or use much. Others succumbed to foreign competition. Foreign competition, though, isn’t responsible for the fact that America’s fastest dying industry is the administration of insurance funds. Some increasingly moribund industries, though, […]
ELECTRONICS・1 DAY AGO

Sales of new cars, trucks and SUVs have been drastically affected over the past few years due to the (still) ongoing coronavirus pandemic. The market started to show signs of recovery toward the end of 2020 before really coming on strong in the early months of 2021, continuing to build momentum as the year went on. Then pandemic-related parts and worker shortages along with global shipping constraints started running amok and causing a great deal of pricing fluctuation and a limited supply of certain vehicles. Those problems (among other things) have led to record-high new-car transaction prices in the United States.
BUYING CARS・7 DAYS AGO
Autoblog

Consumer Reports' annual satisfaction survey results are often trumpeted by the automakers whose entries top the list. But there's a dark side to these rankings too. Down here, in the dregs of the list, we find cars that most owners say they wouldn't buy again, and this list is dominated by the sub- and midcompact SUVs that have slowly been replacing budget-oriented sedans and hatchbacks.
BUYING CARS・4 DAYS AGO
whio.com

Report: The Most Reliable Car Brands

Reliability is one of the most important factors you should consider when it comes to buying a car. A recent report lists some of the most reliable car brands on the market right now. Consumer Reports' New Auto Reliability data show which brands consumers can count on. Which Car Brands...
MARKETS・12 DAYS AGO
kiss951.com

We’ve all probably heard about the insane increase in prices of used cars in the past two year, but this number surprised even me!. According to Edmunds.com, the average price for a used vehicle in the United States as of November 2021, was a whopping $29,011! That number has gone up over 39% in a year.
BUSINESS・14 DAYS AGO

After spending almost a decade at the top, General Motors has relinquished the throne to Japanese-based Toyota as COVID and supply chain issues challenge all. Have you ever read a headline that carries so much weight that it feels like you’re getting punched in the chest?. While it’s a...
ECONOMY・11 DAYS AGO
Consumer Reports.org

Consumer Reports rates and ranks cars based on the reliability data collected from members through its large-scale surveys. There are detailed insights behind those top-level scores, with problems broken down by 17 key trouble spots. This allows car buyers and owners to see how a car compares overall with others from the same model year and find out what types of problems owners are reporting.
CARS・11 DAYS AGO
Local Profile

For first time since 1930s, Toyota Motor North America has top car sales in US

Toyota just reported their year-end sales of 2021. And for the first time in nearly 100 years, Toyota has surpassed all other American automaker companies (including General Motors and Ford) this last year in sales. Toyota Motor North America reported U.S. 2021 sales for December hit 174,115 vehicles, and for...
PLANO, TX・12 DAYS AGO
Consumer Reports.org

Given the expense of buying a car and all the time drivers spend behind the wheel, it’s not surprising that car buyers are disappointed when a vehicle doesn’t live up to its promise. CR analyzed data from our latest member survey to measure the current state of vehicle...
CARS・13 DAYS AGO
Jalopnik

Fatigue is a dangerous thing in the car world. I’m not talking about falling asleep at the wheel — I’m talking about a material failure mode that one can’t plan for. It’s something that can happen to even the most meticulous car owner, and it happens suddenly, unpredictably, and often catastrophically. It’s what happened to my Valiant, and it contributed to a crash.
TRAFFIC ACCIDENTS・7 DAYS AGO
Green Car Reports

Rivian adds more charging waypoints where active types want them—like Yosemite. The Cybertruck has been delayed, according to one report citing inside sources. Bollinger has canceled plans for its boxy electric off-roaders. And why are EVs so unreliable? This and more, here at Green Car Reports. Electric vehicles are...
CARS・3 DAYS AGO