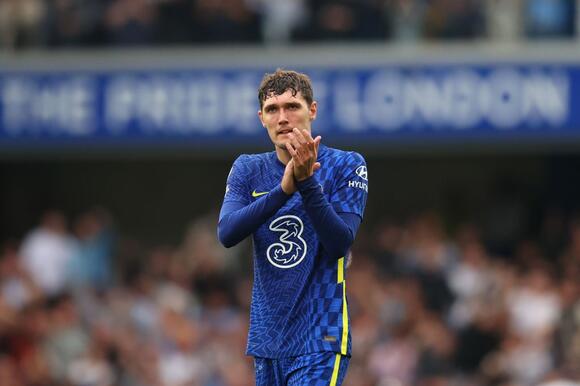 Chelsea boss Tuchel insisted all parties are on the same page on a new deal for Christensen, with the 25-year-old’s current contract expiring next summer.

Tuchel also remains hopeful that Toni Rudiger will extend his own Stamford Bridge deal, that also runs out at the end of the campaign. 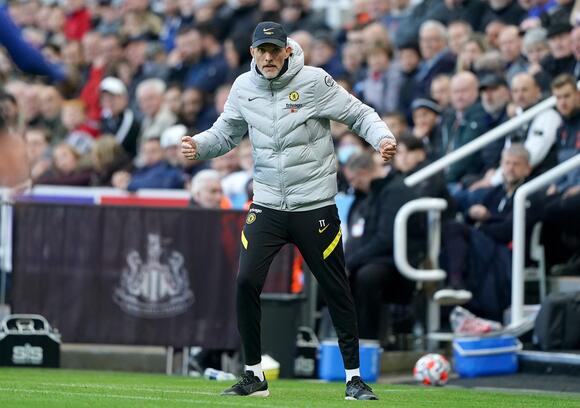 The Blues’ German boss believes that the in-demand Rudiger knows how valued he is at Chelsea – but also that he remains focused on the “toughest challenge” of the Premier League.

But an unfazed Tuchel insisted the Blues’ hierarchy are handling all negotiations in a calm and mature manner.

“So, hopefully and obviously I expect some good news in the next days, but every case is different. And you can end up in situations like this, but the situations are handled from all sides very carefully, very professionally and in a very mature manner.

“And so during the process we can produce performances that we need to fulfil our goals and that’s the most important thing. Things are very mature, very respectful and very clear.” 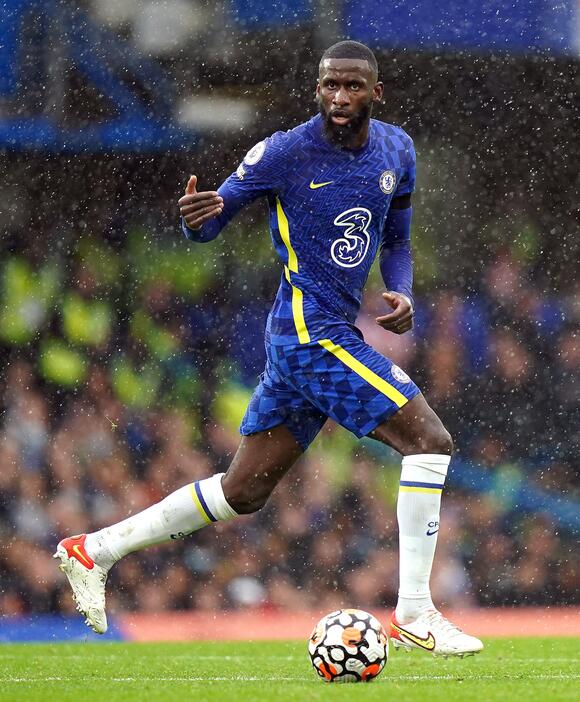 Chelsea’s out-of-contract players can talk to European rivals about a possible move from January 1, a date that naturally accelerates negotiation schedules.

Germany centre back Rudiger has thrived under Tuchel’s management style and the Blues’ 3-4-3 tactical blueprint.

The 28-year-old struggled at times under Frank Lampard but has been right to the fore of Tuchel’s set-up, with Chelsea swiping the Champions League title last term.

Tuchel remains hopeful Rudiger will sign on for more at Chelsea, but insisted no scenario in discussions will affect matters on the field this season.

“Of course there are some delays, with Toni and with Andreas in the moment, but it’s pretty clear what we want,” said Tuchel. 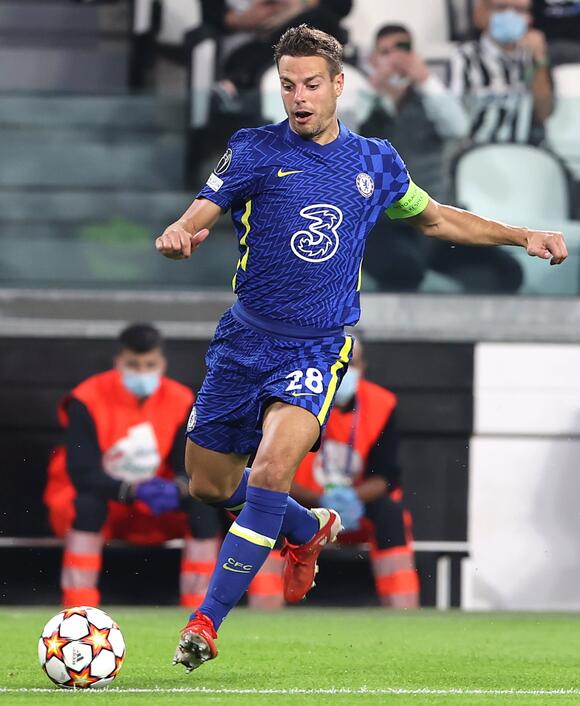 “You have to accept that sometimes it can arrive and you can end up in situations where things are in a bit of a delay.

“And things maybe take their time but I’m very, very sure that Toni feels also how respected and what kind of an important role he plays for this club.

“The toughest challenge is to play Premier League football to win titles, so he’s a big part in a big club and I’m very sure that he is aware of it.

“So I’m calm, because I feel Toni is calm, I feel the situation calm inside, and from here we go.

“I’m happy that he plays how he plays and we need him on this kind of level.”

Thomas Tuchel says he would like to see out his contract at Chelsea, but concedes "history tells us that it's not that easy". Chelsea handed Tuchel a two-year extension at the end of last season, which would keep him at the club until June 2024, after he led them to Champions League glory within five months of his arrival in west London.
PREMIER LEAGUE・1 DAY AGO
eurofootballrumours.com

BVB are reportedly keeping a close eye on many centre-backs across the Europe. As per British and German media, Borussia Dortmund have joined the hunt for Chelsea centre-back Andreas Christensen. The Denmark international joined Chelsea from Brøndby IF on a free transfer in 2012. His contract is set to expire...
SOCCER・2 DAYS AGO
newschain

Thomas Tuchel has admitted struggling to fathom the rescheduling of Chelsea’s Premier League trip to Brighton. The Blues travel to the Amex Stadium on Tuesday, with the clash shifted from February 8 – when Chelsea will be at the Club World Cup in Abu Dhabi. But now boss...
PREMIER LEAGUE・1 DAY AGO
punditarena.com

Brighton host Chelsea in the evening kick-off at the Amex Stadium with the second Premier League meeting between the sides in just three weeks. Danny Welbeck cancelled out Romelu Lukaku’s opener in the reverse fixture at Stamford Bridge before new year.And Graham Potter’s side arrive in good form, though they could only draw 1-1 with Crystal Palace despite dominating large spells of the match.This game is being played tonight due to the European champions’ commitment to play in the Club World Cup, shifting from the original 8 February date, a move that Thomas Tuchel is struggling to come to terms...
PREMIER LEAGUE・5 HOURS AGO
Tribal Football

Thomas Tuchel insists Chelsea will never give up in the Premier League title race. The Blues fell 13 points behind league leaders Manchester City after going down 1-0 to Pep Guardiola's side on Saturday. The Blues can get back on track with a win over Brighton on Tuesday, and Tuchel...
PREMIER LEAGUE・14 HOURS AGO
Yardbarker

Barcelona are being heavily linked as one of the team’s interested in signing Andreas Christensen on a free this summer, but it seems like Chelsea are out for revenge. If Christensen does go, the Blues will need a replacement defender ASAP, and they also stand to lose Antonio Rudiger this summer.
PREMIER LEAGUE・1 DAY AGO

Thomas Tuchel says Chelsea need to “recharge the batteries” after blaming tiredness for their lacklustre performance in the 1-1 Premier League draw at Brighton The European champions’ fading title hopes suffered another setback after Hakim Ziyech’s first-half opener was cancelled out by stand-in Albion skipper Adam Webster.Chelsea topped the table as recently as the start of last month but have spectacularly fallen out of contention having now won just two of their nine top-flight outings since.Blues boss Tuchel once again bemoaned his club’s punishing schedule and now plans to give his players two days off ahead of Sunday’s home game...
PREMIER LEAGUE・1 HOUR AGO
Absolute Chelsea

Chelsea boss Thomas Tuchel has revealed he expects more from his offensive players after their defeat against Manchester City on Saturday. The Blues lost 1-0 to the reigning Premier League Champions, with the Cityzens now sitting 13 points clear at the top of this season's table. Romelu Lukaku, Christian Pulisic...
PREMIER LEAGUE・1 DAY AGO
BBC

Thomas Tuchel said Chelsea's players are "tired mentally and physically" after their 1-1 draw at Brighton left them with just one win in seven Premier League games and 12 points adrift of leaders Manchester City. The Blues led against the run of play at the Amex Stadium through Hakim Ziyech's...
PREMIER LEAGUE・1 HOUR AGO
Absolute Chelsea

Chelsea defender Andreas Christensen has received an approach from Premier League clubs regarding a potential free transfer in the summer, according to reports. The 25-year-old is edging closer to a Stamford Bridge departure as clubs circle for his signature. As per Fabrizio Romano, several Premier League clubs have approached Christensen...
PREMIER LEAGUE・1 DAY AGO

Chelsea boss Thomas Tuchel has revealed that both he and Tottenham Hotspur head coach Antonio Conte wanted the Carabao Cup semi-final between the two sides to be just a single leg. The two-legged affair saw Chelsea come out 3-0 victors on aggregate as they await Liverpool or Arsenal in the...
PREMIER LEAGUE・16 HOURS AGO
The Independent

Chelsea travel to Brighton looking to bounce back after suffering defeat at Man City to likely end their Premier League title hopes.The Seagulls are in good form, and rallied from a goal down to rivals Crystal Palace to salvage a deserved point.The Blues will hope to leapfrog Liverpool into second, while Graham Potter’s side will be looking to boost hopes of a place in Europe next season.This game is being played tonight due to the European champions’ commitment to play in the Club World Cup, shifting from the original 8 February date, a move that Thomas Tuchel is struggling to...
PREMIER LEAGUE・5 HOURS AGO
The Guardian

Arsenal are optimistic their Carabao Cup semi-final second leg against Liverpool will go ahead as planned on Thursday night.The Gunners successfully appealed to the Premier League to have Sunday’s north London derby away to Tottenham called off in the absence of a number of players.Injuries, suspension, coronavirus cases and losing players to the Africa Cup of Nations saw Mikel Arteta’s ranks depleted enough for the league to postpone their scheduled fixture.However, the PA news agency understands there have been no additional Covid-19 cases in the past two days and a couple of players are now likely to be fit following...
PREMIER LEAGUE・10 HOURS AGO
The Independent

Rafael Benitez’s departure from Everton has thrown open another managerial vacancy and some interesting names are already being lined up to replace the 61-year-old Spaniard.Here, the PA news agency takes a look at some of the potential contenders to replace him.Wayne RooneyEngland and Manchester United’s leading goalscorer has endured a baptism of fire in his first managerial job at Derby and the temptation to return to his boyhood club could prove too strong to turn down should the call come. Everton have prised managers away from Premier League rivals in the past – Ronald Koeman from Southampton and Marco Silva...
PREMIER LEAGUE・2 DAYS AGO
Insider

Ronaldo was also included in the World11 at the expense of Mohamed Salah, while the women's awards on the night faced backlash from current players.
FIFA・13 HOURS AGO
The Independent

The theme pre-match had extended to the focus in the aftermath of an exacting 3-0 victory over Brentford, which catapulted Liverpool above Chelsea and loosely within reach of Manchester City at the Premier League summit.Just as, ahead of the encounter, he referenced the external din over the absence of Mohamed Salah and Sadio Mane due to the African Cup of Nations, Liverpool manager Jurgen Klopp circled it in his post-match briefing. The anaemic attack during the goalless draw against 10-man Arsenal in the first-leg of the Carabao Cup semi-final raised obvious concerns, slightly lifted by contributions in front of the...
PREMIER LEAGUE・1 DAY AGO