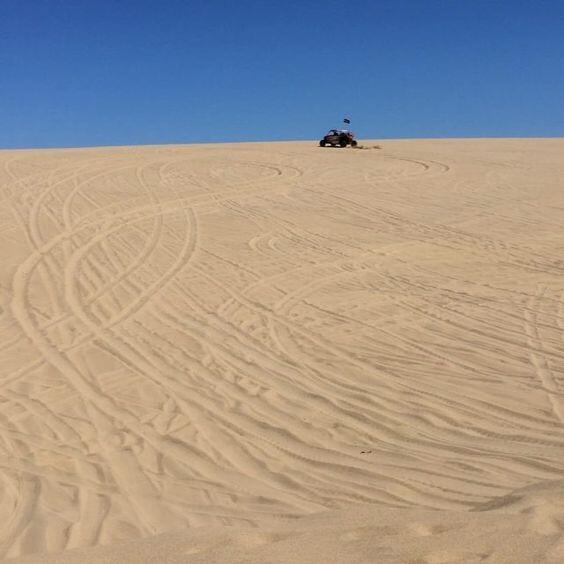 – This week, the San Luis Obispo County Superior Court ordered the San Luis Obispo County Air Pollution Control District to pay the Friends of The Oceano Dunes $118,000 dollars in attorney’s fees and $3,241.50 for costs incurred by organization in its successful lawsuit voiding a dust control agreement between the district and the California Department of Parks and Recreation.

According to the Friends of the Dunes, the agreement states it is the method for implementing “Rule 1001,” an air district regulation that imposed dust control requirements on State Parks’ operation of Oceano Dune State Vehicular Recreation Area. But the agreement did more than implement Rule 1001, says the friends. It also tried to change it, they claim.

The court ruled that the agreement is void and against public policy because it effectively changed Rule 1001’s “performance standard,” by making it tougher on State Parks without subjecting the change to a public hearing without public notice as required by the state’s air quality statutes. Instead, the Air District Board adopted the agreement in “closed session” out of view of the public and without public input.

The court also ruled that the air district staff didn’t have authority to change the mechanism for determining compliance deadlines for Rule 1001’s requirements. That, too, must be presented to the full board of directors of the air district.

The ruling throws into question certain aspects of dust control at Oceano Dunes and allows the public to ask the air district to reimburse the State of California for monies expended under the void agreement.

– The Center for American Liberty, on behalf of its client Jessica Konen, submitted a claim under the Government Claims Act against Spreckels Union School District this week, seeking damages for alleged emotional distress that teachers and administrators inflicted upon Konen and her daughter, in connection with their alleged efforts to convince Konen’s daughter that she was transgender and to conceal those efforts from Konen.
PASO ROBLES, CA・9 HOURS AGO
Paso Robles Daily News

Emergency work on Highway 1 near Ragged Point to end Saturday

– Emergency work to repair damage caused by mid-December storms continues on Highway 1 on the Big Sur coast. Work on Highway 1 at Polar Star, one mile south of Ragged Point in San Luis Obispo County, will continue with traffic control and daytime delays of up to 15 minutes through this Saturday, Jan. 22. Repairs at Polar Star are being made under a $1.8 million emergency contract with Souza Construction.
RAGGED POINT, CA・3 DAYS AGO
Paso Robles Daily News

– Highlights from the Paso Robles City Council meeting, held on Jan. 18, as sent by the City of Paso Robles, are as follows. The city has returned to hybrid public meetings pursuant to AB 361, which allows for a deviation from the teleconference rules required by the Ralph M. Brown Act. Residents now have the option to attend the meeting in person or to participate remotely.
PASO ROBLES, CA・4 DAYS AGO

– Four more community members have died from COVID-19, according to the County of San Luis Obispo Public Health Department. These residents ranged in age from their 50s to 70s and, with today’s report, a total of 384 SLO County residents have died from COVID-19. Forty-eight SLO County residents...
SAN LUIS OBISPO COUNTY, CA・4 DAYS AGO
Paso Robles Daily News

Workshop hosted by Housing Constraints and Opportunities Committee. – The City of Paso Robles is holding a virtual public workshop today to discuss a potential boundary change and zoning changes for the existing Uptown/Town Center Specific Plan. This specific plan encompasses 1,100 acres of urbanized land on the historic west side of the city, between 1st and 38th Streets and between the Salinas River and Vine Street.
PASO ROBLES, CA・5 DAYS AGO
Paso Robles Daily News

Nord was hired by the City of Paso Robles in December. – After several weeks on the job, Paso Robles Police Chief Damian Nord was finally sworn in to his new position Tuesday afternoon before a hybrid Paso Robles City Council meeting. Mayor Steve Martin was not present, because he...
PASO ROBLES, CA・6 DAYS AGO

The caucus ‘represents and advocates on behalf of the diverse interests of women, children, and families throughout California’. – This week, the California Democratic Legislative Women’s Caucus (CDLWC) announced its endorsement of Dawn Addis for State Assembly. The Women’s Caucus joins a list of community leaders and elected officials supporting Addis.
CALIFORNIA STATE・10 DAYS AGO
Paso Robles Daily News

– COVID-19 cases are at their highest level in San Luis Obispo County since the pandemic began, with 2,967 new cases reported in the past week, 3,573 current active cases, and a 14 day average of 342, according to the San Luis Obispo County Public Health Department. This surpasses the previous peak of 331 in Jan. 2021. These numbers do not include those who test positive through at-home tests or cannot access testing. The Omicron variant now represents about 90-percent of recently sequenced cases in SLO County.
SAN LUIS OBISPO COUNTY, CA・10 DAYS AGO