This Car Holds Its Value Better Than Any Other in America 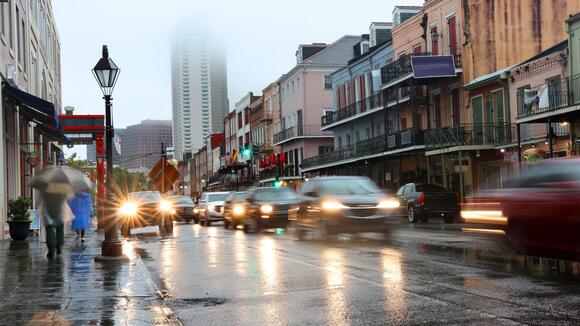 A car begins to depreciate as soon as you drive it off the lot -- but not all cars lose as much value over time. The car that holds its value better than any other in America is the Jeep Wrangler.

Used cars have done relatively well recently. Sizing up the car market over the past year, iSeeCars Executive Analyst Karl Brauer put it this way, “We’ve seen record high used car prices over the past 15 months as a result of the microchip shortage, and that has slowed down the average depreciation rate across all vehicles."

Still, Brauer added that indeed "Vehicles that have historically maintained their value well have depreciated even less this past year, but even in today’s market some cars continue to drastically drop in value.” ( Find out which is the longest lasting cars on the road .)

Car prices, both used and new, have skyrocketed in the past year for several reasons. Among them is pent-up demand. Dealerships were closed for weeks, and sometimes months, due to the COVID-19 pandemic.

More recently, the supply of cars has plummeted, due in part to a severe shortage of the semiconductors used in car electronics systems. This shortage will not let up until next year. In the meantime, many dealers are nearly empty of inventory, and manufacturers have had to shutter some assembly lines. ( As for new cars, these are the fastest selling cars in America right now .)

The reason for used car price spikes is simple. People who do not want to wait for the latest make and model of the cars they want buy them used instead. Yet, not all cars hold their value well over time, despite this recent surge in demand.

For its Top 10 Cars That Hold Their Value Best: Five-Year-Car Depreciation Across All Vehicle Segments study, research and car sales company iSeeCars reviewed more than 800,000 used cars from model year 2016 sold between January and August 2021 to find those with the lowest and highest loss in value from manufacturer’s suggested retail price after five years.

24/7 Wall St. reviewed iSeeCars study and listed the 20 cars that hold their value the best. While the average five-year depreciation across all vehicles considered was 40.1%, the cars on this list lost 31.2% of their value or less over the last five years.

Jeep Wranglers retain their value "due to their enthusiastic fanbase, as well as their durability and performance across all terrains, especially off-road. Jeep Wranglers also have maintained their iconic design, so even older models don’t appear dated.” 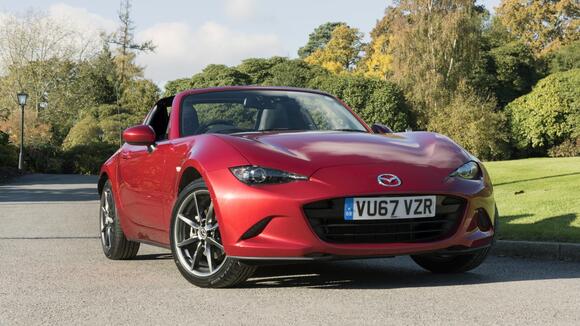 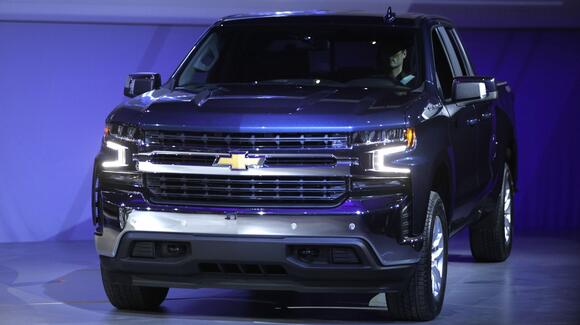 ALSO READ: The Longest-Lasting Cars on the Road 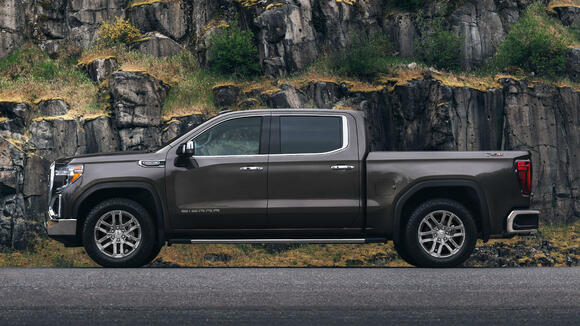 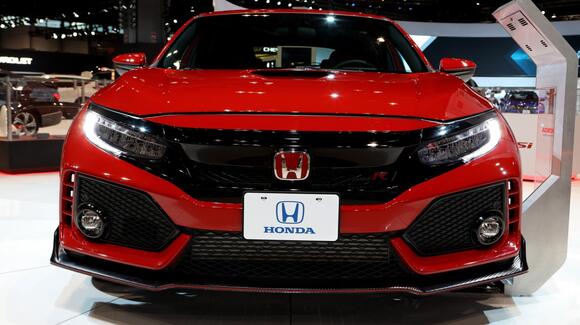 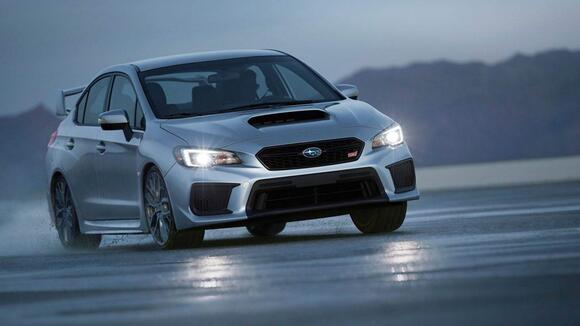 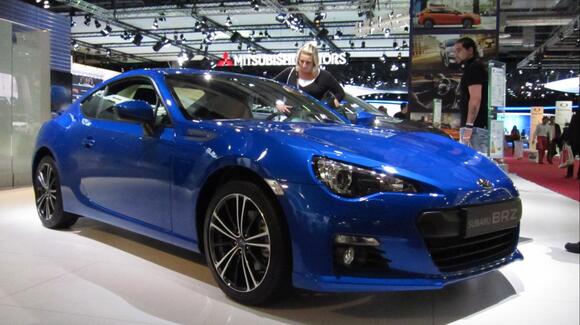 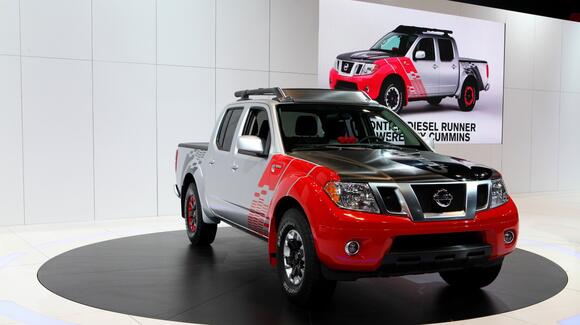 ALSO READ: This Is the Car Americans Hate the Most 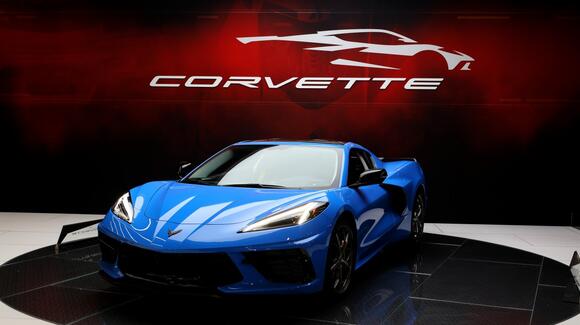 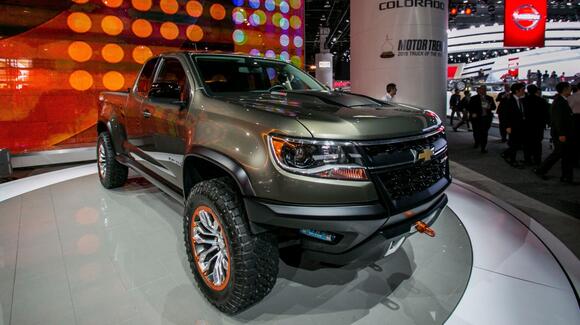 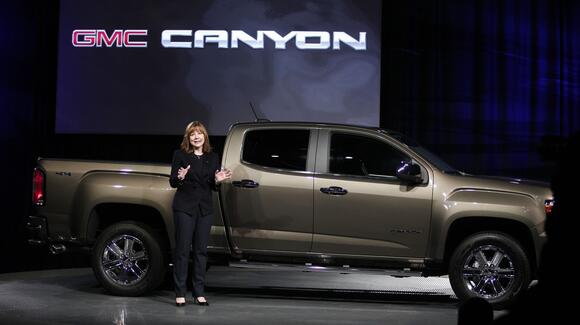 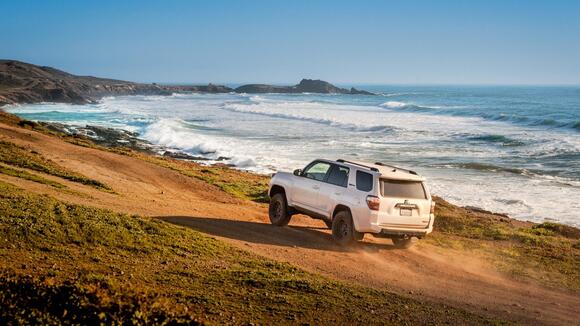 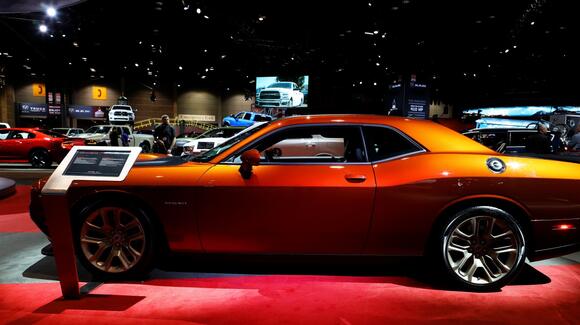 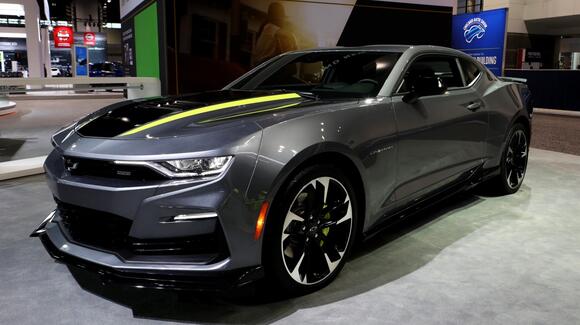 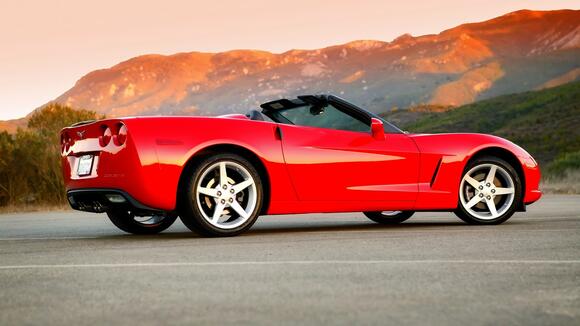 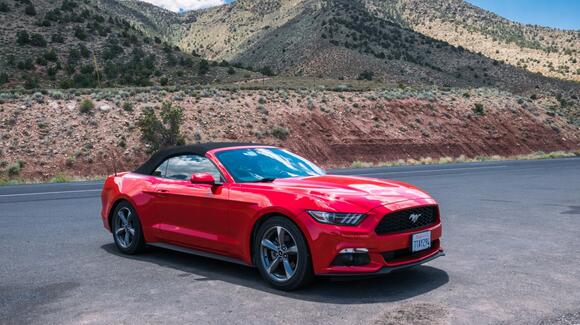 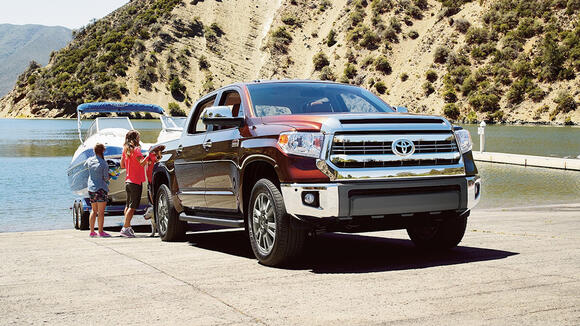 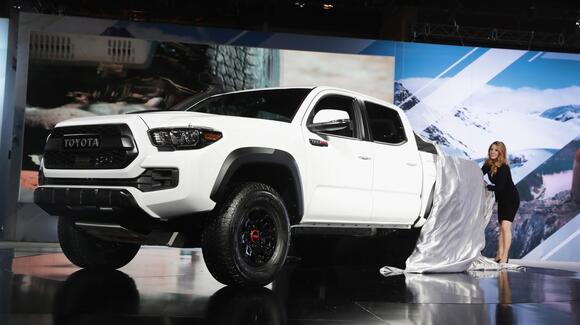 ALSO READ: These Comeback Cars Get a Second Life 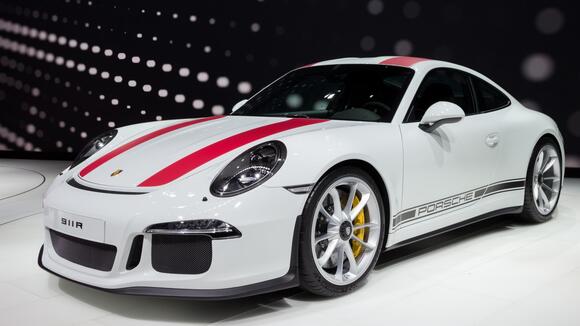 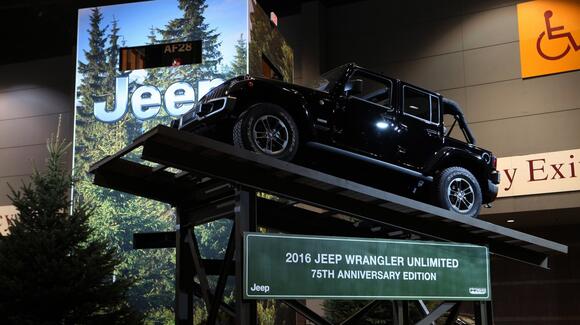 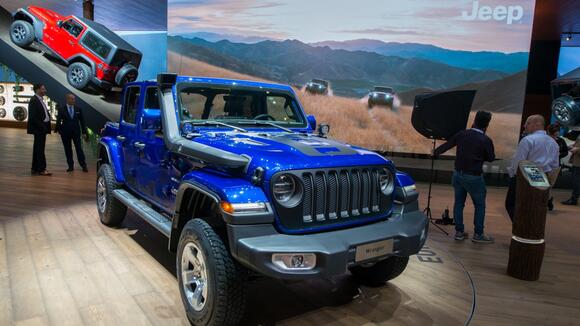 The Strangest Car Designs of All Time

After a down year, the auto industry seems to have come roaring back, with car companies enticing buyers with some interesting new offerings. A few of these, however, may be too “interesting” for some. For instance, Tesla’s Cybertruck looks like nothing else on the road. The electric truck is made of stainless steel, has a […]
CARS・1 DAY AGO
BMW BLOG

During our last episode of the BMWBLOG Podcast, Horatiu and I discussed the differences between the BMW 230i and the BMW M240i, both variants of the new 2 Series in the US. While the M240i is the more popular, more exciting car on paper, we talked about how the less expensive 230i model might actually be the more fun car of the two to drive. That might sound a bit crazy, considering the 230i is considerably less powerful and quite a bit slower. However, when you take a look at the two cars, it might be the underdog that enthusiasts would prefer.
CARS・3 DAYS AGO
Jalopnik

Let's Better Inform Our Friends And Others About Their Cars

I’m not sure about you, but as a car person, I occasionally receive those texts or calls from friends, co-workers and the like that ask, “Hey, this happened with my car… is this bad?” In many cases, the problem is a simple fix that may require a quick trip to the auto part store or a mechanic. Sometimes, it’s a little more. And in many cases, an expensive issue could likely have been prevented, if they knew just a tiny, tiny bit about cars.
CARS・7 DAYS AGO
AOL Corp

'Almost impossible': Latinos open businesses faster than any other group but face hurdles

After years working for other firms, Chris Rourk decided to start a business of his own producing wireless jacks. But when the Latino entrepreneur approached banks for a loan, he was turned away. “It was almost impossible to get any sort of funding ... no matter what my credit status...
SMALL BUSINESS・3 DAYS AGO

Bitcoin Is A Better Store Of Value Than Real Estate

This is not an introductory article explaining what bitcoin is and why other so-called “cryptocurrencies” cannot compete with its properties and network effects. There has been enough written about this already and bitcoin is the victor. What I will contend is that bitcoin can be considered the world’s best store of value by having superior characteristics to real estate — the largest store of value presently. I will look at this briefly through each important characteristic that contributes to an asset retaining its value over time.
MARKETS・5 DAYS AGO
Washington Post

Is Specialty Instant Coffee Any Better Than Nescafé?

Overnight oats? Only with a gun to my head. The list of Covid-era food fads is long and sometimes strange. Even so, the pandemic passion for instant coffee seems especially bizarre. After all, thanks to WFH, time is a surplus commodity, and you would think caffeine addicts would use some...
FOOD & DRINKS・3 HOURS AGO
The Motley Fool

Missed Out on Lucid? 3 Better EV Stocks to Buy Now

Electric vehicles are quickly taking market share in the auto space and there are opportunities beyond hot stocks like Lucid Group.
ECONOMY・1 HOUR AGO
Business Insider

The ad, a possible publicity stunt, was placed by the CEO of Green Hills Software. Tesla CEO Musk said: "Green Hills software is a pile of trash."
TECHNOLOGY・1 DAY AGO

Is Now the Time to Buy Electric Vehicle Stocks?

The adoption of EVs is growing, and that means the road for growth is a long one.
ECONOMY・1 DAY AGO
Robb Report

W.O. Bentley, founder of the eponymous 102-year-old automaker, once proclaimed, “I have always wanted to produce a dead silent 100 mph car, and now I think that we have done it.” He was referring to the gas-combusting 1930 Bentley 8 Litre model, but, 92 years later, the comment has become more prescient with the badge’s new 536 hp Bentley Flying Spur Hybrid. The move to hybridization—and, soon, zero-emission vehicles only—is part of Bentley’s “Beyond 100” plan announced in 2020, which mandates a complete discontinuation of the internal combustion engine (ICE) over the next eight years. The second model in the lineup...
CARS・1 DAY AGO
WWJ News Radio

Ford has issued a recall for about 200K vehicles across the U.S. over an issue that may prevent the brake lights from turning off. Cars covered in the recall include certain 2014 and 2015 Lincoln MKZ and Ford Fusion midsize cars, and 2015 Mustangs.
DETROIT, MI・23 HOURS AGO
GOBankingRates

Car Upgrades You Should Never Spend Your Money On

When you're buying a new car, you might be tempted to spring for one of the upgrades from the laundry list that your dealer will try to sell you on. Or, you might want to make an aftermarket...
CARS・1 DAY AGO
Newsweek

What Are Hybrids, Plug–In Hybrids, Battery EVs and Fuel-Cell EVs? Get to Know the Difference

Will Volvo come up with a self-driving car this year? Maybe.

Volvo’s in the mix for autonomous cars, but there are several important caveats to the news.
CARS・4 HOURS AGO
Outsider.com

Maybe it comes down to simple logistics. If you can’t fly anywhere you please because a pandemic is slowing down flight options and shutting down airports, you might find more of a need for a luxury vehicle in order to travel in style. Or, maybe it’s that people are looking to travel more in a smaller radius; especially after the pandemic left us all feeling cabin fever in our lives which largely became home-bound. Whatever the reason is, the changes have brought some record-breaking sales for one major car company. Rolls-Royce has seen the biggest jump in sales it has ever recorded…even since its beginning nearly 120 years ago.
ECONOMY・4 DAYS AGO
Newsweek

Toyota Hints at Redesigned Sequoia SUV for the 2023 Model Year

Toyota hinted that it would be making changes to its Sequoia SUV for the 2023 model year.
BUYING CARS・21 HOURS AGO
KCBS News Radio

Historic sports car found buried in Georgia worth 'a fortune'

When classic car hunter Matt Taylor let a friend take him to an abandoned home a few months ago, he had no idea what he might find there. Upon arrival, he ended up unearthing a classic automobile worth a small fortune.
GEORGIA STATE・14 HOURS AGO
WTXL ABC 27 News

Ford is recalling about 200,000 cars in the U.S. to fix a problem that can stop the brake lights from turning off.
CARS・22 HOURS AGO
FOX 17 News West Michigan

Ford is recalling about 200,000 cars in the U.S. to fix a problem that can stop the brake lights from turning off.
CARS・22 HOURS AGO
WXYZ Detroit - 7 Action News

Ford is recalling about 200,000 cars in the U.S. to fix a problem that can stop the brake lights from turning off.
FORD・22 HOURS AGO